Bots: What you need to know

Bots are made possible by recent advances in artificial intelligence, user interface, and communication. 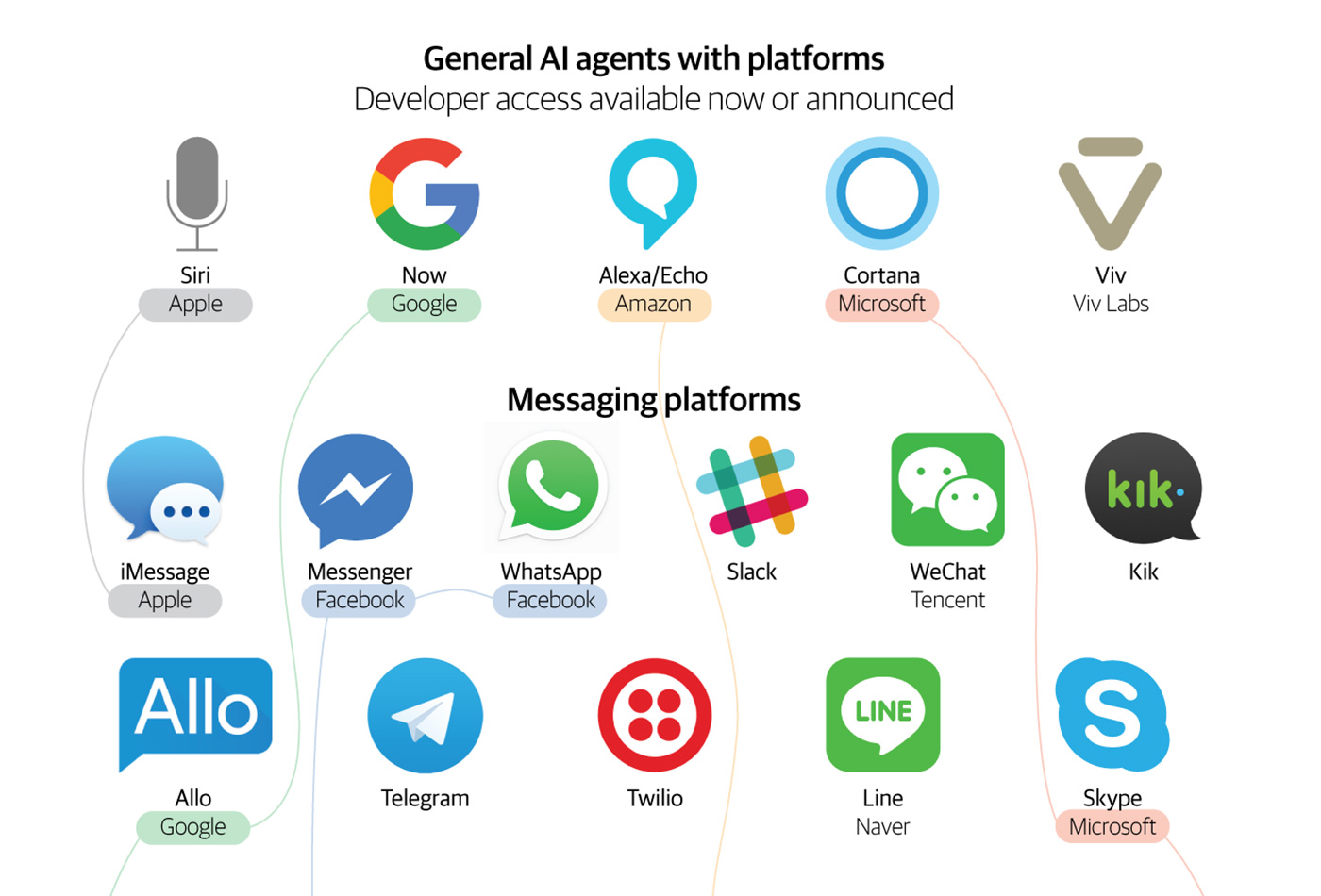 “Bots are the new apps”—Satya Nadella, CEO of Microsoft

Bots are a new, AI-driven way to interact with users in a variety of environments. As AI improves and users turn away from single-purpose apps and toward messaging interfaces, they could revolutionize customer service, productivity, and communication.

Getting started with bots is as simple as using any of a handful of new bot platforms that aim to make bot creation easy; sophisticated bots require an understanding of natural language processing (NLP) and other areas of artificial intelligence.

Bots use artificial intelligence to converse in human terms, usually through a lightweight messaging interface like Slack or Facebook Messenger, or a voice interface like Amazon Echo or Google Assistant. Since late 2015, bots have been the subject of immense excitement in the belief that they might replace mobile apps for many tasks and provide a flexible and natural interface for sophisticated AI technology.

Conversational bots are a response to several larger trends that are reshaping communication and mobile computing:

Chatbots have been around since at least the 1960s, but they took off in the spring and summer of 2016 as Facebook, Microsoft, Slack, Google, and Apple announced powerful platform features that encourage chatbot development. Several of those companies have built a comprehensive bot stack, consisting of a messaging platform, an artificial intelligence service, and a conversational framework.

Several of these stacks also offer a central AI agent like Siri, Google Now, or Alexa that ties services together and could eventually operate as a “god bot” that dispatches work to other bots (for instance, opening the Uber bot when you say “Alexa, call me a car.”)

The graphic below summarizes the major bot stacks as of September 2016.

Start building bots with resources from Safari. Begin with an overview of the field—enough to start building simple bots—then move into more advanced topics like natural language processing (NLP).

What are Conversational Bots? by Jon Bruner and Mike Barlow, provides a high-level survey of applications and ecosystem players.

The discipline of bot UI design is brand new, and significantly different from traditional web UI design. Two leading authorities on conversational user interfaces have written books on the topic for O’Reilly:

Deep learning is one of the enabling developments in artificial intelligence that has enabled the rise of bots. Start learning about deep learning with our Deep Learning Video Collection.

If you want to start coding right away, try Fundamentals of Deep Learning, by Nikhil Buduma. It includes a strong introduction to TensorFlow, a new deep learning library from Google that’s becoming a leading tool for AI developers. Or, for a very deep dive into machine learning, try Hands-On Machine Learning with Scikit-Learn and TensorFlow, by Aurélien Géron.

NLP is the discipline concerned with making computers communicate in human terms.

For an introduction to NLP with modern Python-based techniques, watch Natural Language Text Processing with Python.

Or, register for Paco Nathan’s live training, Get Started with Natural Language Processing in Python, offered free to Safari subscribers.