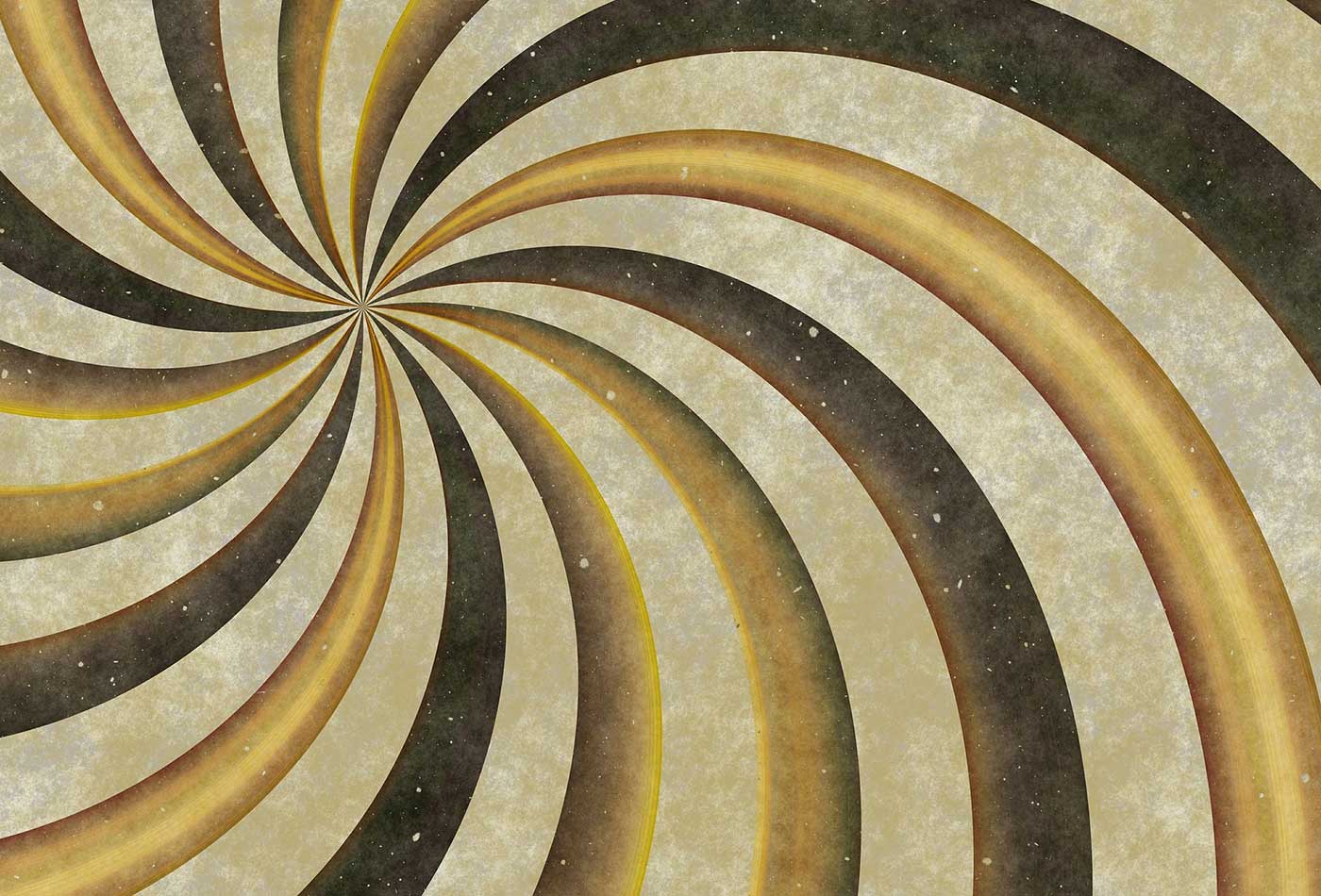 We will also talk about the following topics:

For this tutorial, you need a basic understanding of recurrent neural networks (RNNs), activation functions, gradient descent, and backpropagation. You should also know something about Python’s NumPy library.

It cannot understand learned context since there is no “memory” state. So it cannot model sequential/temporally data (data with definitive ordering, like the structure of a language). An abstract view of a feedforward neural network is shown in Figure 2.

The intuition behind RNNs

Suppose we have to predict the 4th character in a stream of text, given the first three characters. To do that, we can design a simple feedforward neural network as in Figure 3.

This is basically a feedforward network where the weights WI (green arrows) and WH (yellow arrows) are shared between some of the layers. This is an unrolled version of vanilla RNN, generally referred to as a many-to-one RNN because multiple inputs (three characters, in this case) are used to predict one character. The RNN can be designed using MXNet as follows:

You can check this blog post to learn about the embedding layer and its functionality. The dense layers 1, 2, and 3 learn a set of weights that can predict the 4th character given the first three characters.

We use binary cross entropy loss in our model. This model can be folded back and succinctly represented as in Figure 4.

Figure 4 helps explain the math behind the model, which can be carried out as follows:

Vanilla RNNs have some limitations. For example, let’s say we have a long document containing the sentences, “I was born in France during the world war” and, “So I can speak French.” A vanilla RNN cannot understand the context of being “born in France” and “I can speak French” if they are far apart in a given document.

An RNN doesn’t provide the capability (at least in practice) to forget the irrelevant context in between the phrases. An RNN gives more importance to the most previous hidden state because it cannot give preference to the arbitrary (t-k) hidden state, where t is the current time step and k is a number greater than 0. This is because training an RNN on a long sequence of words can cause the gradient to vanish (when the gradient is small) or to explode (when the gradient is large) during backpropagation.

Basically, the backpropagation algorithm multiplies the gradients along the computational graph of the neural network in reverse direction. Hence, when the eigenvalue of the hidden state matrix is large or small, the gradient becomes unstable. A detailed explanation of the problems with RNN is explained here.

In addition to the many-to-one RNN, there are other types of RNNs that process such memory-based applications, including the popular sequence-to-sequence RNN (see Figure 5). In this sequence-to-sequence RNN, where the sequence length is 3, each input is mapped onto a separate output. This helps the model to train faster because we measure loss (the difference between the predicted value and the actual output) at each time instant. Instead of one loss at the end, we can see loss1, loss2, etc., so that we get better feedback (backpropagation) when training our model.

To address the problems with vanilla RNN, two German researchers, Sepp Hochreiter and Juergen Schmidhuber, proposed long short-term memory (LSTM), a complex RNN unit, as a solution to the vanishing/exploding gradient problem. Some beautifully illustrated, simple versions of LSTM can be found here and here. In an abstract sense, we can think of the LSTM unit as a small neural network that decides the amount of information it needs to preserve (memory) from the previous time step.

Now we can try creating our own simple character predictor.

We will use a work of Friedrich Nietzsche as our data set.

The data set nietzsche.txt consists of 600,901 characters, out of which 86 are unique. We need to convert the entire text to a sequence of numbers.

Preparing the data set for an unrolled RNN

Our goal is to convert the data set to a series of inputs and outputs. Each sequence of three characters from the input stream will be stored as the three input characters to our model, with the next character being the output we are trying to train our model to predict. For instance, we would translate the string I_love_mxnet into the inputs and outputs shown in Figure 6.

The code to do the conversion follows.

We also batchify the training set in batches of 32, so that each training instance is of shape 32 X 3. Batchifying the input helps us train the model faster.

Preparing the data set for a Gluon RNN

In the previous section, we prepared the data set to predict the 4th character in input, given the previous three characters. In this section, we will generalize the algorithm to predict the nth character, given a sequence with arbitrary length of n-1. This is very similar to preparing the data set for an unrolled RNN, except for the shape of the input. The data set should be ordered in the shape (number of example X batch_size). Now, let us divide the sample data set into batches as shown in Figure 7.

We have converted the input sequence to a batch size of 3 and a sequence length of 4. By transforming it this way, we lose the temporal relationship between many adjacent characters, such as “O” and “V” or “M” and “X”. For example, “V” follows “O” in the input sequence, but “V” and “O” belong to different batches; the only reason we batch the input sequence is to train our model faster. The following Python function does the batching of input:

Figure 8 shows another example with batch size 2 and sequence length of 6.

It is very easy to generate an input sequence of arbitrary length from a given batch. For example, if we want to generate a sequence of length 3 from a batch size of 2, we can do so easily using the following code.

During our training, we define an input sequence length of 100 as a hyperparameter. This may require fine tuning for the best output.

Next, we define a class that allows us to create two RNN models that we have chosen for our example: GRU (gated recurrent unit) and LSTM. GRU is a simpler version of LSTM and performs equally well. You can find a comparison study here. The models are created with the following Python snippet:

The constructor of the class creates the neural units that will be used in our forward pass. The constructor is parameterized by the type of RNN layer to use: LSTM, GRU, or vanilla RNN. The forward pass method will be called when training the model to generate the loss associated with the training data.

The forward pass function starts by creating an embedding layer for the input character. You can look at our previous blog post for more details on embedding. The output of the embedding layer is provided as input to the RNN. The RNN returns an output as well as the hidden state. A dropout layer keeps the model from memorizing the input-output mapping, to prevent overfitting. The output produced by the RNN is passed to a decoder (dense unit), which predicts the next character in the neural network and also generates the loss during the training phase.

We also have a “begin state” function that initializes the initial hidden state of the model.

After defining the network, now, we have to train the neural network so that it learns.

Each epoch starts by initializing the hidden units to zero. While training each batch, we detach the hidden unit from computational graph so that we don’t backpropagate the gradient beyond the sequence length (100 in our case). If we don’t detach the hidden state, the gradient is passed to the beginning of hidden state (t=0). After detaching, we calculate the loss and use the backward function to backpropagate the loss in order to fine tune the weights. We also normalize the gradient by multiplying it by the sequence length and batch size.

Once the model is trained with the input data, we can generate random text similar to the input data. The weights of the trained model (200 epochs) with sequence length of 100 is available here. You can download the model weights and load it using the model.load_params function.

Next, we will use this model to generate text similar to the text in the “nietzsche” input. To generate a sequence of arbitrary length, we use the output generated by the model as the input for the next iteration.

To generate text, we initialize the hidden state.

Remember, we don’t have to reset the hidden state because we don’t backpropagate the loss to fine tune the weights.

Then, we reshape the input sequence vector to a shape that the RNN model accepts.

Then we look at the argmax of the output produced by the network. generate output char “c”.

Below is the full function that generates “nietzsche” like text of arbitrary length.

If you look at the text generated, you’ll notice that the model has learned open and close quotations(“”). It has a definite structure and looks similar to “nietzsche”.

You can also train a model on your chat history to predict the next character you will type.

In our next article, we will take a look at generative models*, especially generative adversarial networks, a powerful model that can generate new data from a given input data set.