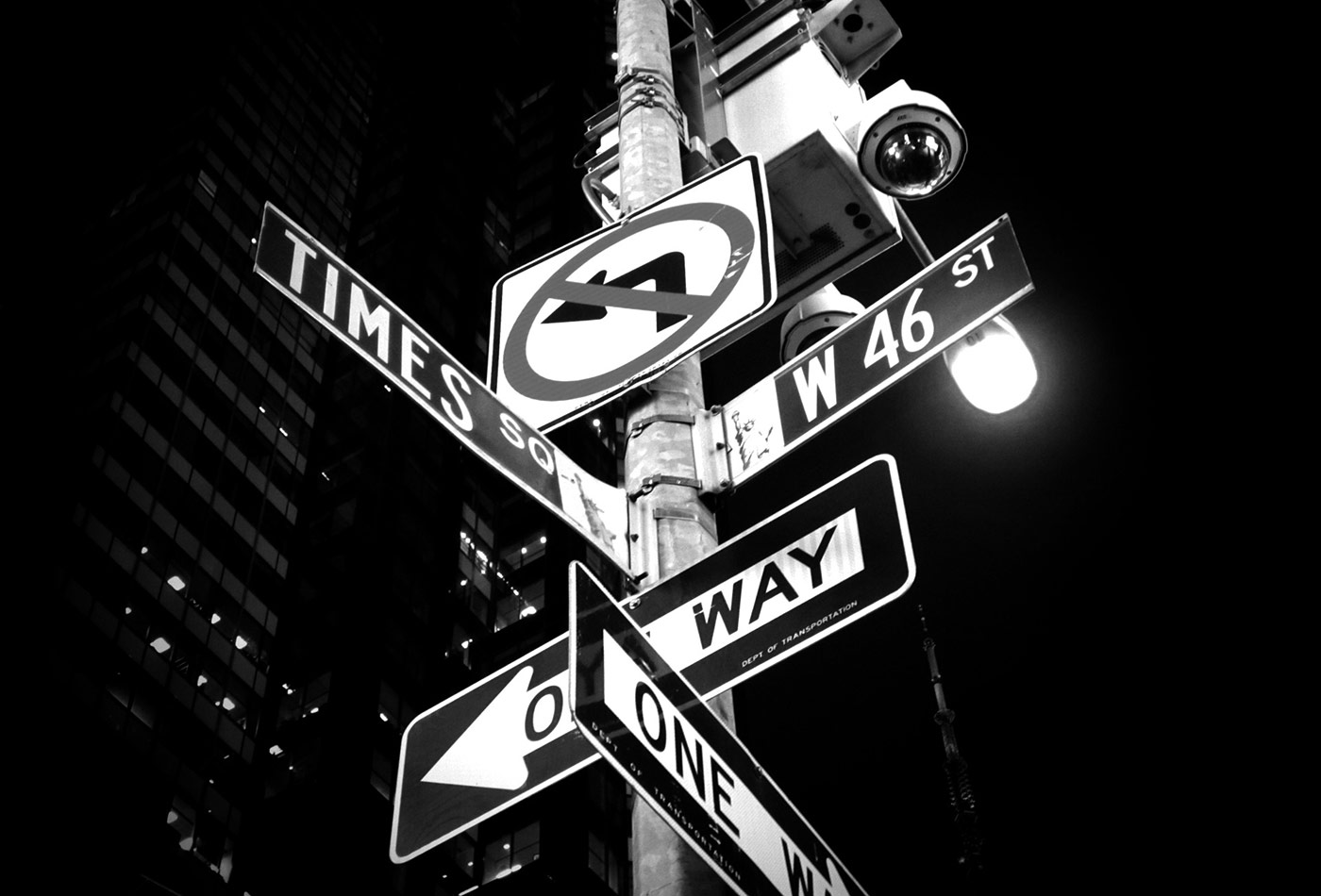 The full Jupyter Notebook for this post can be accessed here.

Although there are many deep learning frameworks, including TensorFlow, Keras, Torch, and Caffe, Apache MXNet in particular is gaining popularity due to its scalability across multiple GPUs. In this blog post, we’ll tackle a computer vision problem: classifying German traffic signs using a convolutional neural network. The network takes a color photo containing a traffic sign image as input, and tries to identify the type of sign.

The full notebook can be found here

In order to work through this notebook, we expect you’ll have a very basic understanding of neural network, convolution, activation units, gradient descent, NumPy, and OpenCV. These prerequisites are not mandatory, but having a basic understanding will help.

By the end of the notebook, you will be able to:

If you’re working in the AWS Cloud, you can save yourself the installation management by using an Amazon Machine Image (AMI) preconfigured for deep learning. This will enable you to skip steps 1-5 below.

Note that if you are using a conda environment, remember to install pip inside conda, by typing ‘conda install pip’ after you activate an environment. This step will save you a lot of problems down the road.

Here are the commands you need to type inside the anaconda environment (after activation of the environment):

In order to learn about any deep neural network, we need data. For this notebook, we use a data set already stored as a NumPy array. You can also load data from any image file. We’ll show that process later in the notebook.

We’ll use a pickled version of the data, training.p and valid.p.

Each image in the dataset is 32*32 size with three channel (RGB) color, and it belongs to a particular image class. The image class is an integer label between 0 and 43. The ‘signnames.csv’ file contains the mapping between the sign name and the class labels.

We are loading the data from a stored NumPy array. In this array, the data is split between training, validation, and test sets. The training set contains the features of 39,209 images of size 32 X 32 with 3 (R,G,B) channels. As a result, the NumPy array dimension is 39,209 X 32 X 32 X 3. We will only be using the training set and validation set in this notebook. We will use real images from the internet to test our model.

Next, we load the file that maps each image class ID to natural-language names:

We can see there are 43 labels for the 43 image classes. For example,
0 image class represents a 20 km/h speed limit:

The following code will help us to visualize the images along with the labels (image classes):

Here are the visualized traffic signs, with their labels: 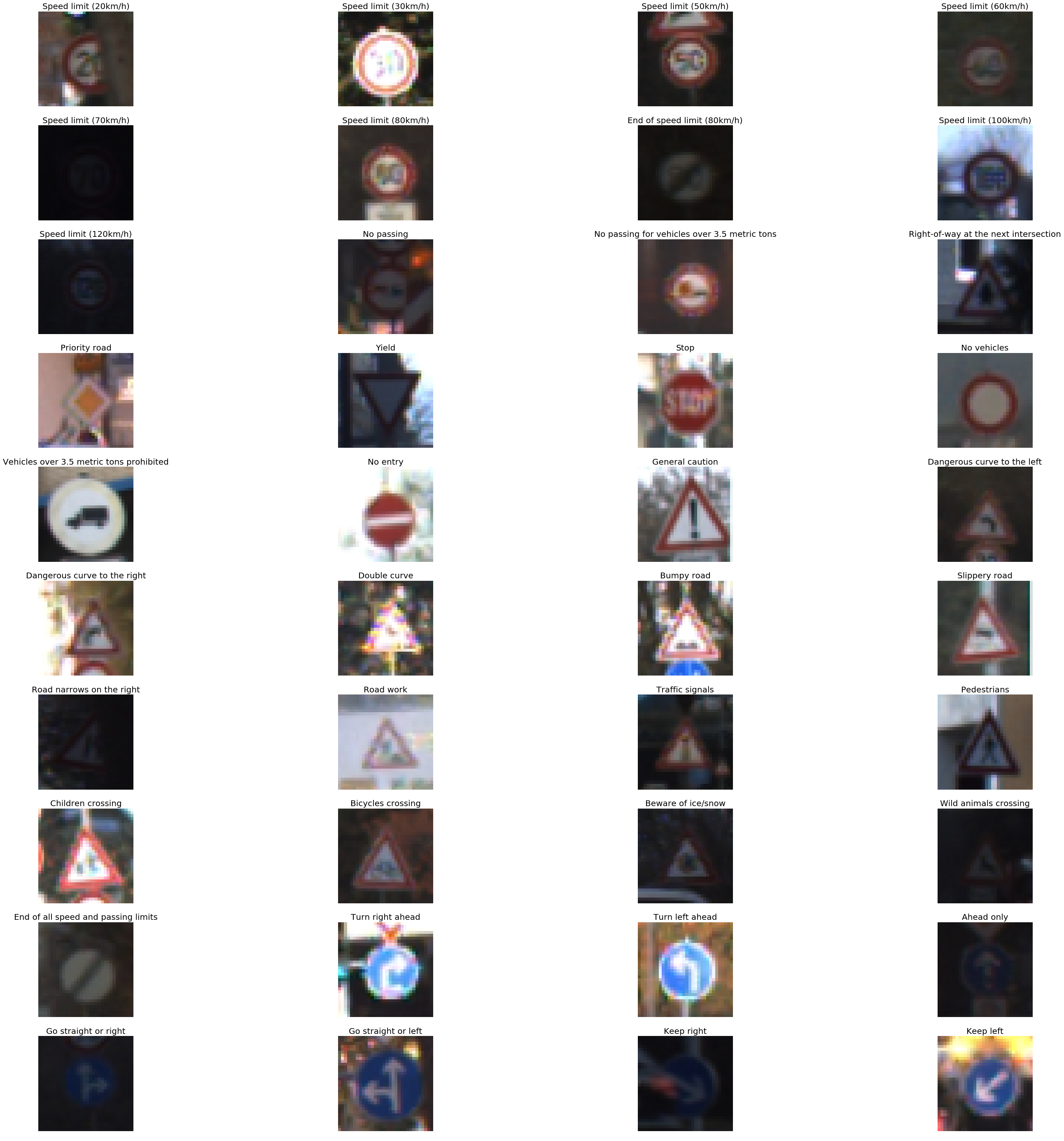 You could also generate a validation set by splitting the training data into train and validation sets using scikit-learn (this is how you avoid testing your model on images that it’s already seen). Here’s the Python code for that:

Now, enough of preparing our data set. Let’s actually code up the neural network. You’ll note that there are some commented-out lines; I’ve left these in as artifacts from the development process—building a successful deep learning model is all about iteration and experimentation to find what works best. Building neural networks is something of a black art at this point in history; while you might experiment to solve your particular problem, for a well-explored issue like image recognition, you’ll do best to implement a published architecture with proven performance. Here, we’ll build up a simplified version of the AlexNet architecture, which is based on convolutional neural networks..

The neural code is concise and simple, thanks to MXNet’s symbolic API:

Let’s break down the code a bit. First, it creates a data layer(input layer) that actually holds the dataset while training:

The conv1 layer performs a convolution operator on the image, and is connected to the data layer:

The relu2 layer performs non-linear activation on the input, and is connected to convolution 1 layer:

A neural network is like a Lego block—we can easily repeat some of the layers (to increase the learning capacity of model)— and then follow them with a dense layer. A dense layer is a fully connected layer, in which every neuron from the previous layer is connected to every neuron in the dense layer.

This layer is followed again by a fully connected layer with 43 neurons, each neuron representing a class of the image. Since the output from the neuron is real valued, but our classification requires a single label as output, we use another activation function. This step makes the output of one particular neuron (out of 43 neurons) as 1 and remaining neurons as zero.

A neural network takes a lot of time and memory to train. We’re going to split our data into minibatches of 64, not just so that they fit into memory but also because it enables MXNet to make the most of GPU computational efficiency demands it (among other reasons).

We’ll also normalize the value of the image colors (0-255) to the range of 0 to 1. This helps the learning algorithm to converge faster. You can read about the reasons to normalize the input.

Here’s the code to normalize the value of the image color:

Here is the code:

Since we have check-pointed the model during training, we can load any epoch and check its classification power. In the following example, we load the 10th epoch. We also set the binding in the model loaded to training as false, since we are using this network for testing, not training. Furthermore, we reduce the batch size of input from 64 to 1 (data_shapes=[(‘data’, (1,3,32,32))), since we are going to test it on a single image.

You can use the same technique to load any other pre-trained machine learning model:

To use the loaded model for prediction, we convert a traffic sign image (Stop.jpg) into 32 32 3 (32 * 32 dimension image with 3 channels) and try to predict their label. Here’s the image I downloaded. 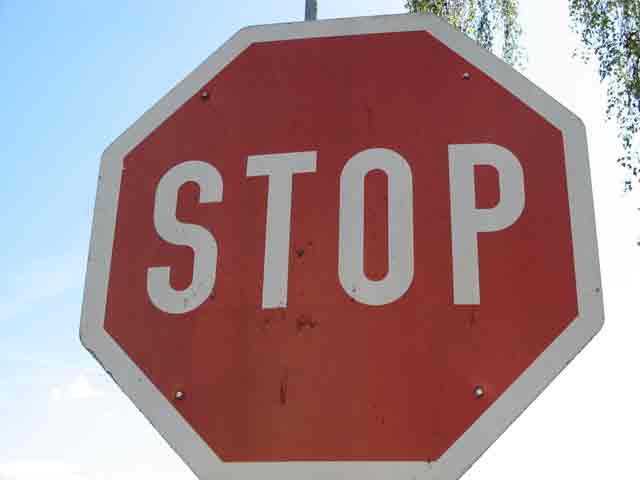 We then get the model’s top five predictions for what this image is, find that our model got it right! The predictions:

In this notebook, we explored how to use MXNet to perform a multi-class image classification. While the network we built was simpler than the most sophisticated image-recognition neural network architectures available, even this simpler version was surprisingly performant! We also learned techniques to pre-process image data, we trained the network and stored the trained neural network on the disk. Later, we loaded the pre-trained neural network model to classify images from the web. This model could be deployed as a web service or app (you could build your own what-dog!). You could also use these techniques on other data for the purpose of classification, whether that’s analyzing sentiment and intent in chats with your help desk, or discovering illegal intent in financial behaviors.

In our next notebook, we’ll develop a state-of-the-art sentiment classifier using MXNet.

This post is part of a collaboration between O'Reilly and Amazon. See our statement of editorial independence.