DARPA and the future of synthetic biology

Learn how the Defense Advanced Research Projects Agency (DARPA) has spurred significant advances in the promising field of synthetic biology. 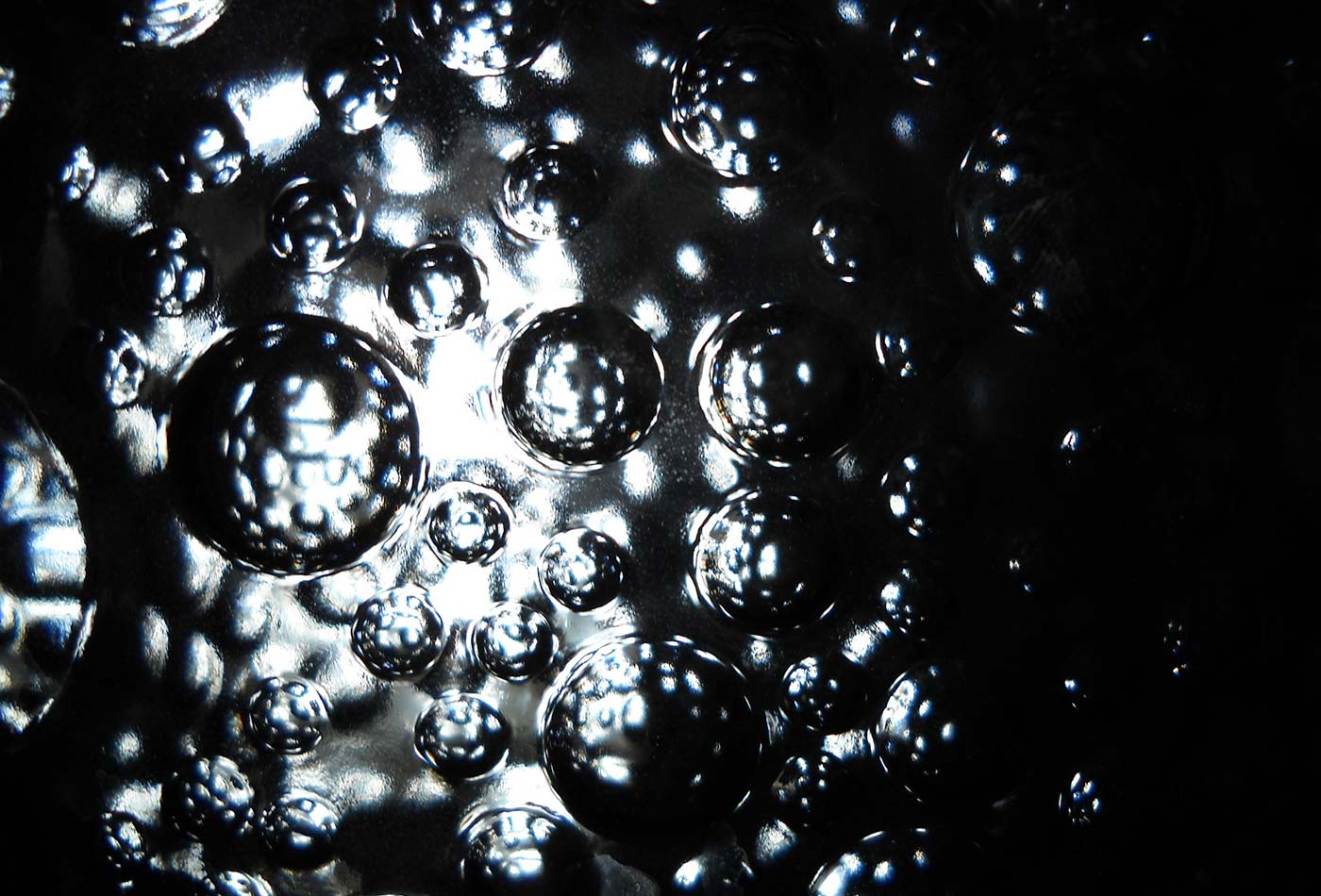 Synthetic biology is one of the fastest growing fields in terms of both information and capital generation. In 2012, The World Economic Forum ranked it as the second most important emerging technology of the 21st century; and while it does not explicitly appear on the 2016 list, half of the emerging technologies are enabled by or involve synthetic biology. The number of synthetic biology articles published per year in peer-reviewed journals has doubled since 2010, and the synthetic biology market is experiencing a compound annual growth rate of 24% and is expected to reach $11.4 billion dollars by 2021.

This rapid growth belies the true state of synthetic biology research. While the majority of US science funding comes from federal organizations such as the National Institutes of Health (NIH) and the National Science Foundation (NSF), the interdisciplinary nature and strong engineering focus of synthetic biology have excluded it from many biomedical funding initiatives, including most NIH funding. The NSF supports research in all nonmedical fields, and is the US’s largest funder of basic research. While the NSF invested $140 million into synthetic biology through the Synthetic Biology Engineering Research Center (SynBERC) over the past 10 years, the program ended in 2016 and has been replaced with the NSF-funded Engineering Biology Research Consortium (EBRC). This group aims to guide the advancement of engineering biology but is not a funding agency. The EBRC will fosters the growth of a synthetic biology community and seeks to provide training and define best practices. While these are laudable goals, the EBRC will not fill the hole left by the ending of SynBERC.

In the absence of funding from traditional basic science focused sources, where is the money driving the synthetic biology boom coming from? There are two answers: private capital and the Department of Defense (DOD). There are more than 160 private synthetic biology companies, and since 2009 they have drawn more than $5.4 billion dollars in private investment venture capital. Private funding is an increasingly important source across most scientific disciplines, but it comes with its own cadre of problems. Private ownership of data means limited sharing, restricting the growth of science as whole. Profit prioritization limits science with no explicit application, and reliance on the markets leads to funding instability. Today, the majority of high-quality, open, basic research is still supported by federal funding. However, while organizations like the NSF primarily fund basic science, not all public funds are without issue. Between 2008 and 2014, the United States invested approximately $820 million in synthetic biology research at both academic and industry institutions, with 67% of that coming from the DOD. Within the DOD, the primary driver of synthetic biology research is the Defense Advanced Research Projects Agency, or DARPA.

One of the primary reasons for the creation of the Department of Defense in 1947 was funding scientific research; as President Truman stated when forming the DOD, “No aspect of military preparedness is more important than scientific research.” Since its foundation, the DOD has taken this mission seriously, and DOD research has contributed to the development of the internet, radar, integrated circuits, GPS, wireless mobility connections, and many more of the technologies necessary for modern life.

President Eisenhower founded DARPA in 1957 as the Advanced Research Projects Agency (ARPA), following the Soviet Union’s launch of Sputnik in 1957. He charged ARPA with “preventing technological surprises like Sputnik, and developing innovative, high-risk research ideas that hold the potential for significant technological payoffs” (Beyond Sputnik: U.S. Science Policy in the Twenty-first Century, Neal, Smith and McCormick, 2008). ARPA was designed to undertake high-risk, high-reward basic research and push for transformational changes in lieu of the incremental advances that drive most scientific progress.

While DARPA was providing almost no funding to synthetic biology in 2010, the organization had increased its investment to $100 million per year by 2014. Funding increases were followed by the creation of the DARPA program Living Foundries: Advanced Tools and Capabilities for Generalizable Platforms, which sought to increase the speed and decrease the cost of generating new production strains of organisms. This program started in 2012, and in 2014, Living Foundries transitioned to a new program, Living Foundries: 1000 Molecules, which will invest $110 million through 2019 to enable facilities to generate organisms capable of producing 1,000 molecules of industrial and defense interests. These funds are going to a diverse group of projects. Some are incredibly broad, such as funding provided to MIT’s Broad Institute to advance our ability to assemble large genetic systems. Other projects have a specific, discrete purpose, such as the DARPA–funded biotech startup Ginkgo Bioworks, which is developing probiotics to help prevent common infections for soldiers.

Recognizing the importance of biotechnology, in 2014 the DOD created the Biology Technology Office (BTO), which houses the Living Foundries program as well as numerous others, such as Battlefield Medicine, which is developing platforms for creating medicine on demand in the field, and Safe Genes, a program to create tools for safe genome editing. While the purview of the BTO is greater than synthetic biology alone, further development of synthetic biology tools will result in the application of synthetic biology tools and techniques in greater numbers of projects. Synthetic biology is one of the most important research fields in the present day, and the DARPA approach to synthetic biology research has proven successful so far: the first iteration of Living Foundries succeeded in increasing the speed of creating production strains of new organisms by 7.5-fold, while decreasing the cost 4-fold.

Despite these successes, DARPA is not an ideal organization to serve as the primary federal funder of synthetic biology research. While in its early days DARPA funded large amounts of diverse basic research, the passage of the Mansfield Amendment in 1970 prevented the Defense Department from funding any research that “did not have a direct and apparent relationship to a specific military function or operation.” This fundamentally reshaped the US research funding landscape, as projects amounting to approximately 60% of the DOD research budget were either dropped or transferred to other federal agencies.

DARPA sometimes offers competitive grants, but they are directed towards specific projects that DARPA has prioritized and are often issued exclusively to a subset of qualified investigators rather than being open for submission. These competitive grants are offered in conjunction with contracts to private companies for specific research services or investigations toward a specific project. Due to the restrictions of the Mansfield Amendment, researchers often shift their focus or identify potential military applications of their research in order to fit with DARPA’s requirements.

Moreover, it is unlikely that DARPA support of synthetic biology is sustainable. While the fiscal year 2017 appropriations bill increases the budget for DOD research, test, and evaluation activities by 3.6%, this includes a cut to basic research by 1.4%, followed by a proposed cut of 2.1% in President Trump’s 2018 budget. This ignores the fundamental fact that for applied sciences to flourish, basic bench research must also be funded. Without an additional agency providing funds for basic synthetic biology research, applied sciences will likely slow.

These problems are largely the same as those facing the entirety of US science. Decreases in federal support send researchers looking for alternative funding sources, and while industry support for science research continues to increase, differences in motivation mean it can’t replace open, federally funded science. One potential funding avenue is private donation. On the small scale crowdfunding platforms for research have been created, while on the large scale biomedical fields are waiting to see whether the donations and nonprofit research institutions started by Silicon Valley’s latest crop of billionaire philanthropists will help fill the gaps left by decreased federal support.

At present, the Defense Department obviously sees the value of synthetic biology for the US military. A recent report from the DOD’s Office of Technical Intelligence suggested that grant funding include a requirement for researchers to spend two to four weeks at military laboratories, providing training and guiding research. The OTI also proposed that military academy students spend at least one summer doing research at civilian institutions, and participate in the International Genetically Engineered Machine competition (iGEM) in order to gain synthetic biology expertise. The OTI recognizes the significant human capital available to them and sees the value in divorcing military science from civilian institutions through creating their own scientific workforce.

While DARPA will continue to be a primary source of federal funding for synthetic biology in the near future, synthetic biology must be able to survive outside the purview of military and private funding. Military research funding is often justified through the principle of dual use, recognizing that any knowledge or product may have both military and civilian purposes. This is frequently realized, but the original intent of a research project shapes its future growth and applications. Researchers must remember the trap that many Manhattan Project scientists fell into. After the creation of the atom bomb, the very scientists who had built it urged President Truman to not use it. They recognized the horror of what they had created, and formed the Federation of American Scientists and the Bulletin of the Atomic Scientists, both organizations focused on arms control and disarmament. While researchers often have civilian uses at the forefront of their minds, their discoveries can be repurposed to devastating effect without their consent.

Synthetic biology is growing into an amazing tool that offers great promise in improving lives throughout the world, but it can’t fulfill this destiny without funding from a source that can help shape it for the better. The best hope of the field is to follow the path forged by research into computers. Significant gains in computing technology were made in WWII for code breaking and other military applications. However, civilian computer research was progressing quickly prior to the war, and continued during and after with the help of diverse funding sources. While much research into computing technology is now done by private companies, funded by their own revenue stream, they remain accessible to academic and amateur researchers as well. The current focus of synthetic biology is basic research that is fueling the development of an engineering toolset, which will then be applied in for future in-depth investigations as well as product development. At the present, the best hope is that DARPA funding will create the tools, after which revenue-driven business models will be sufficient to propel synthetic biology investigations, similar to the current state of other engineering disciplines.