This report explores how political data science helps to drive everything from overall strategy and messaging to individual voter contacts and advertising. 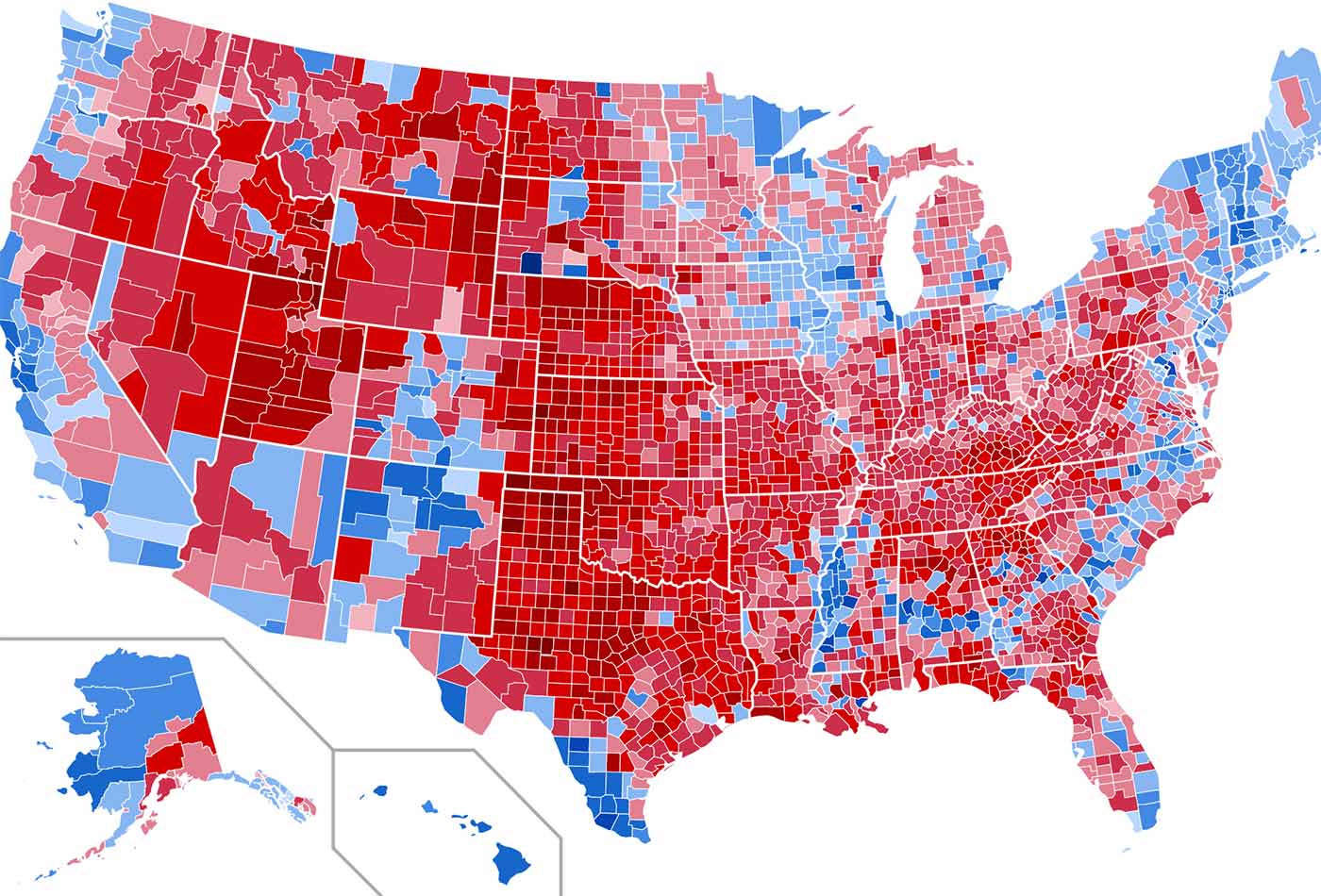 This is the full ebook "Data and Democracy," by Andrew Therriault. A downloadable version is also available.

Prologue: The Role of Data in Campaigns

Andrew Therriault was the Democratic National Committee’s Director of Data Science from 2014 to 2016, leading a team that developed voter targeting models and other analytic tools used by thousands of Democratic campaigns.

Watching news coverage of the 2016 presidential race, it’s easy to imagine that this year’s election is unlike any other that’s come before. Behind the scenes, though, this year’s campaigns are continuing a trend that has been underway for more than a decade. Modern campaigns in the US have become more reliant on data with each election cycle, using analytics to drive everything from overall strategy and messaging to individual voter contacts and advertising. This evolution was well documented in the 2008 and 2012 presidential campaigns, and in 2016, the technology has spread to “downballot” campaigns for state and local offices that never before had access to such sophisticated tools.

At the same time, a data-driven mindset is also shaping how campaigns are covered in the media. To bring sanity to the deluge of often-conflicting poll numbers, survey aggregators use forecast models to combine results and produce a clearer estimate of where each contest stands. And by digging deeper into filings that record how money flows through each campaign, investigative journalists can better understand what’s going on both within the campaign and across the electorate.

This compilation brings together leading experts on the role of data in electoral politics, to share insights learned across nearly a century of combined experience. These contributors span a range of technical areas and bring together perspectives from Democrats, Republicans, and members of the media. What the contributors have in common, though, is that they are all highly skilled practitioners who have an intimate understanding of the technical challenges in their fields. Bringing these voices together to explain political data for a tech-savvy audience, our goal is to leave readers with a more detailed and comprehensive understanding of the topic than has ever before been gathered in one publication.

A Primer on Modern Election Campaigns

Before we begin, it’ll help to lay out a common framework in which elections take place, to anchor the discussions that follow. For all the drama and complexity surrounding election contests, every part of a campaign’s work is ultimately designed to impact the same thing: the final vote totals. Working backwards from there, this gives a campaign two avenues for swaying the outcome: first, influencing who shows up to vote, and second, affecting how they vote when they get there. All of the other numbers in a campaign—fundraising totals, ad airings, poll results, etc.—ultimately matter mainly because of their connection to who votes and how.

In terms of overall strategy, then, campaigns’ options are pretty straightforward: they want to convince eligible voters to support their candidates, then they want to make sure those supporters show up to vote. Almost everything else on a campaign is built around these goals. From firm supporters who are certain to vote, campaigns solicit donations and recruit volunteers to help with persuasion and get-out-the-vote efforts aimed at other voters. Campaigns then use both volunteers and paid staff to reach out to other voters directly, and develop messaging strategies and advertising campaigns to reinforce these efforts. And as Election Day approaches, they rely on polling and forecast models to allocate resources and adapt their tactics to fit the latest political environment.

The starting point for all data on a modern campaign is a voter file. This is a list of all registered voters in a given state or district, compiled by the local and state election authorities. A typical voter file contains voters’ contact information, basic demographic characteristics, historical voter turnout records, and (in most states) partisan affiliation. From there, campaigns supplement voter files with their own data on things like contact history and donations, as well as external data from other campaigns, public records, and commercial data vendors.

To reach these voters, campaigns develop messaging strategies based on polling and other research. These messages are sometimes tested and refined through experimental testing, and then the final messages are turned into specific ads and talking points. Those campaign-produced ads (often referred to as “paid media”) are customized for TV, radio, print, mail, and online usage, and reinforced through talking points used in interviews and other news coverage (“earned media”) that the campaign gets for free.

As the election season heats up, media sources also do their own research into campaigns’ activities and performance. The most savvy of these journalists use many of the same techniques campaigns use, compiling large datasets and building advanced models to better understand the state of each election. Over time, these media not only provide new information to their audiences, but also help shape perceptions of the campaigns and candidates by translating complex patterns into findings that are easier for the public to digest.

Over the coming pages, you’ll hear firsthand accounts of what this work looks like in 2016, examples of the many challenges practitioners still face, and predictions about how political data science will continue to evolve in the coming years. Taken together, these pieces illustrate just how essential data has become to today’s elections. To be sure, this trend echoes that seen in many other fields, but the rapid pace and high stakes of politics have inspired a degree of innovation that few other industries can match.

No matter how much you’re interested in politics for its own sake, these contributors’ stories will likely offer insights that are relevant to your own areas of expertise. As editor, I hope that you all get as much satisfaction out of reading these great pieces as I did from assembling them. Enjoy!