How to build and train a DCGAN to generate images of faces, using a Jupyter Notebook and TensorFlow. 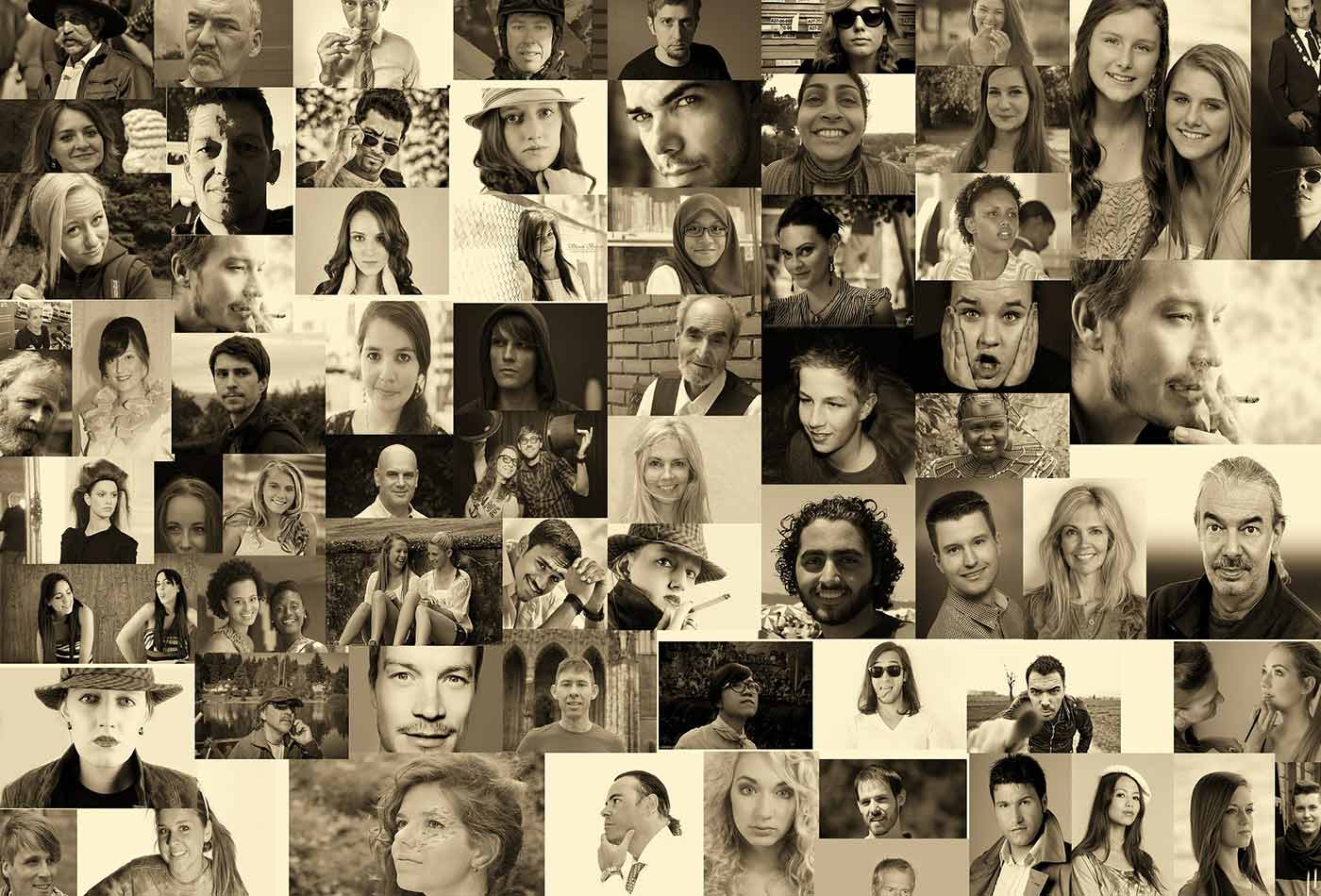 Attention readers: We invite you to access the corresponding Python code and Jupyter Notebook for this article on GitHub.

The concept of generative adversarial networks (GANs) was introduced less than four years ago by Ian Goodfellow. Goodfellow uses the metaphor of an art critic and an artist to describe the two models—discriminators and generators—that make up GANs. An art critic (the discriminator) looks at an image and tries to determine if its real or a forgery. An artist (the generator) who wants to fool the art critic tries to make a forged image that looks as realistic as possible. These two models “battle” each other; the discriminator uses the output of the generator as training data, and the generator gets feedback from the discriminator. Each model becomes stronger in the process. In this way, GANs are able to generate new complex data, based on some amount of known input data, in this case, images.

It may sound scary to implement GANs, but it doesn’t have to be. In this tutorial, we will use TensorFlow to build a GAN that is able to generate images of human faces.

Architecture of our DCGAN

In this tutorial, we are not trying to mimic simple numerical data—we are trying to mimic an image, which should even be able to fool a human. The generator takes a randomly generated noise vector as input data and then uses a technique called deconvolution to transform the data into an image.

The discriminator is a classical convolutional neural network, which classifies real and fake images.

Please access the code and Jupyter Notebook for this tutorial on GitHub. All instructions are in the README file in the GitHub repository. A helper function will automatically download the CelebA data set to get you up and running quickly. Be sure to have matplotlib installed to actually see the images and requests to download the data set. If you don’t want to install it yourself, there is a Docker image included in the repository.

The CelebFaces Attributes data set contains more than 200,000 celebrity images, each with 40 attribute annotations. Since we just want to generate images of random faces, we are going to ignore the annotations. The data set includes more than 10,000 different identities, which is perfect for our cause.

At this point, we are also going to define a function for batch generation. This function will load our images and give us an array of images according to a batch size we are going to set later. To get better results, we will crop the images, so that only the faces are showing. We will also normalize the images so that their pixel values are in a range from -0.5 to +0.5. Last, we are going to downscale the images to 28×28 after that. This makes us lose some image quality, but it decreases the training time dramatically.

Before we can start defining our two networks, we are going to define our inputs. We are doing this to not clutter the training function any more than it already is. Here, we are simply defining TensorFlow Placeholders for our real and fake inputs, and for the learning rate.

TensorFlow makes it particularly easy to assign variables to placeholders. After we’ve done this, we can use the placeholders in our network by specifying a feed dictionary later.

Finally, we are coming to the first of the dueling networks. The discriminator is the “art critic,” who tries to distinguish between real and fake images. Simply said, this is a convolutional neural network for image classification. If you already have some experience with deep learning, chances are you have already built a network very similar to this one.

We are going to use a TensorFlow variable scope when defining this network. This helps us in the training process later so we can reuse our variable names for both the discriminator and the generator.

The discriminator network consists of three convolutional layers, opposed to four like in the original architecture. We remove this last layer to simplify the model a little bit. This way, the training goes a lot faster without losing too much quality.This makes training go a little bit faster. For every layer of the network, we are going to perform a convolution, then we are going to perform batch normalization to make the network faster and more accurate, and, finally, we are going to perform a Leaky ReLu to further speed up the training. At the end, we flatten the output of the last layer and use the sigmoid activation function to get a classification. We now have a prediction whether the image is real or not.

Before we can actually kick off the training process, we need to do some other things. First, we need to define all variables that help us calculate the losses. Then, we need to define our optimization function. Finally, we are going to build a little function to output the generated images and then train the network.

First, we define our loss for the real images. For that, we pass the output of the discriminator when dealing with real images and compare it with the labels, which are all 1, which means true. We use a technique called label smoothing here to help our network getting more accurate by multiplying the 1s with 0.9.

Then, we define the loss for our fake images. This time we pass in the output of the discriminator when dealing with fake images and compare it to our labels, which are all 0, which means they are fake.

Finally, for the generator loss, we do the same like in the last step, but instead of comparing the output with all 0s, we compare it with 1s, since we want to fool the discriminator.

In the optimization step, we are looking for all variables that can be trained by using the tf.trainable_variables function. Since we used variable scopes before, we can very comfortably retrieve these variables. We then use the Adam optimizer to minimize the loss for us.

In the last step of our preparation, we are writing a small helper function to display the generated images in the notebook for us, using the matplotlib library.

We are at the last step! Now, we just get our inputs, losses, and optimizers which we defined before, call a TensorFlow session and run it batch per batch. Every 400 batches, we are printing out the current progress by showing the generated image and the generator and discriminator loss. Now lean back and see the faces show up slowly but steady. This progress can take up to an hour or more, based on your setup.

Researchers at the University of Michigan and the Max Planck Institute in Germany used GANs to generate images from text. They were able to generate extremely real looking flowers and birds based on written descriptions. This could be extended to something very useful, like police sketches or graphic design.

Researchers at Berkeley also managed to create a GAN that enhances blurry images and even reconstructs corrupted image data.

GANs are extremely powerful and who knows—maybe you will invent their next groundbreaking application.