A look at the need for design thinking in the IoT, advanced robotics, 3D printing, and synthetic biology. 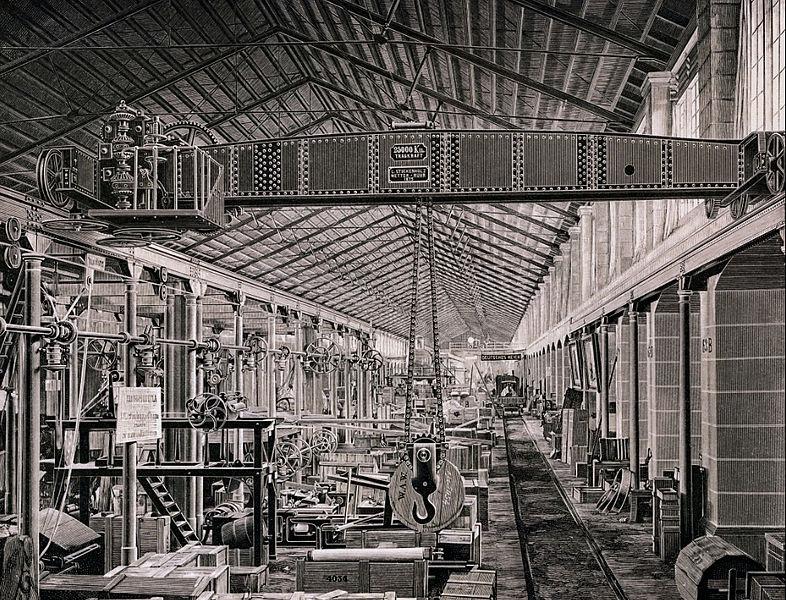 Editor’s note: This is an excerpt from our recent book Designing for Emerging Technologies, a collection of works by several authors, curated and edited by Jon Follett. This excerpt is included in our curated collection of chapters from the O’Reilly Design library. Download a free copy of the Experience Design ebook here.

Let’s look briefly at the disruptive potential of each of these emerging technologies: the IoT, advanced robotics, 3D printing, and synthetic biology — and the need for design thinking in their formations.

The IoT is a popular shorthand that describes the many objects that are outfitted with sensors and communicating machine-to-machine. These objects make up our brave, new connected world. The types and numbers of these devices are growing by the day, to a possible 50 billion objects by 2020, according to the Cisco report, The Internet of Things: How the Next Evolution of the Internet Is Changing Everything (PDF).

Inexpensive sensors providing waves of data can help us gain new insight into the places in which we live, work, and play, as well as the capabilities to influence our surroundings — passively and actively — and have our surroundings influence us. We can imagine the possibilities of a hyper-connected world in which hospitals, factories, roads, airways, offices, retail stores, and public buildings are tied together by a web of data.

In a similar fashion, when we wear these sensors on our bodies, they can become our tools for self-monitoring. Combine this capability with information delivery via Bluetooth or other communication methods and display it via flexible screens, and we have the cornerstones of a wearable technology revolution that is the natural partner and possible inheritor of our current smartphone obsession. If we consider that the systems, software, and even the objects themselves will require design input on multiple levels, we can begin to see the tremendous opportunity resident in the IoT and wearables.

In 2013, Google’s purchase of eight robotics companies (which are to be consolidated into a new division led by Andy Rubin, the former head of its successful Android operating system) was publicly heralded as an inflection point for the robotics industry. Not coincidentally, the stocks of competitors such as iRobot rose dramatically.

More so than any other emerging technology, robotics has captured the imagination of American popular culture, especially that of the Hollywood sci-fi blockbuster. We’re entertained, enthralled, and maybe (but only slightly) alarmed by the legacy of “Blade Runner,” “The Terminator,” “The Matrix” and any number of lesser dystopian robotic celluloid futures. It remains to be seen if robot labor generates the kind of societal, economic, and political change depicted in the more pessimistic musings of our culture’s science fiction. Ensuring that it does not is a design challenge of the highest order.

In the near term, robots are ideal for taking care of jobs that are repetitive, physically demanding, and potentially hazardous to humans. As such, immediate opportunities for advanced robotics lie in areas where human labor is still intensive, such as manufacturing and logistics.

Additive manufacturing — more popularly known as 3D printing — is a process of creating a three-dimensional object by printing one miniscule layer at a time, based on a computer model. This flexible technology can use a wide variety of substrates, including plastic, metal, glass, and even biological material. Custom production using additive manufacturing techniques promises to disrupt many industries, from construction to food to medicine. Possibilities for this technology range from immediately practical applications such as printing new just-in-time parts to fix a broken appliance; to controversial, uncomfortable realities, including generating guns on demand; to hopeful and futuristic methods, perhaps the ability to create not just viable human tissue, but complete, working organs, which could be used in transplants or for the testing of new drugs and vaccines.

Today, additive manufacturing is already changing architecture and construction. In April 2014, WinSun, a Chinese engineering company, reported that it can construct 10 single-story homes in a day by using a specialized 3D printing technology that creates the main structure and walls using an inexpensive combination of concrete and construction waste materials.

In the field of health, the work of roboticist Easton LaChappelle represents the change made possible by additive fabrication in medical device prototyping and production processes. The 17-year-old wunderkind has created an ultra-light, fully functioning prosthetic arm whose parts can be 3D-printed for about $500. Traditionally manufactured prosthetic arms that are currently available can cost upward of $80,000. LaChappelle’s prosthetic arm is controlled using an EEG headset, which measures brainwaves and communicates with the arm wirelessly via Bluetooth.

At the Business Innovation Factory BIF9 conference in Providence, Rhode Island, held in September 2013, LaChappelle demonstrated his invention and discussed his amazing progression through the design and prototyping phases. The first generation of the product LaChappelle created was a robotic hand, made of Lego bricks, surgical tubing, and five servo motors. He created the second-generation robotic arm by using 3D-printed parts and a Nintendo Power Glove. Now in its third generation, the arm is made almost entirely of 3D-printed parts, and most dramatic of all, it has human strength. While LaChappelle has not made the leap from prototype to a manufacture-ready device, it’s easy to imagine the potential for disruption in the market it represents.

From a process standpoint, LaChappelle’s methods in designing and engineering the prosthetic demonstrate the speed at which ideas can move from a designer’s imagination to becoming something real and testable. Even though prototyping has always been a part of the designer’s tool kit, additive fabrication makes it possible to apply the same rapid and flexible process of ideation, creation, testing, validation, and iteration to physical products that used to be reserved for the realm of digital development.

In April 2003, the publicly funded Human Genome Project completed the sequencing of the entirety of our human DNA, providing the blueprint for building a person at a price of $3 billion. At the time, this scientific achievement was heralded as one of the greatest in history, with far-reaching implications for health and medicine. President Bill Clinton, in announcing the working draft sequence of the Human Genome in 2000, said, “Without a doubt, this is the most important, most wondrous map ever produced by human kind.”

Fast forward just slightly more than a decade, and the cost of sequencing a human genome has dropped to roughly $1,000 — an exponential reduction in price far exceeding what Moore’s Law would predict. A host of companies are racing to introduce technology to make even more rapid and inexpensive sequencing possible. With the widespread affordability of this sophisticated test quickly becoming reality, genomics can provide the map for a new wave of personalized therapies: highly targeted drugs for fighting cancer, cardiovascular disease, diabetes, and other hereditary illnesses.

As with genomic sequencing, the price of DNA synthesis continues to drop. It now approaches 25 cents per base pair via services such as GenScript, DNA 2.0, and others. Writing the code of life is the cornerstone of the science of synthetic biology; the intentional design and engineering of biological systems will make incredible things possible. In his book Regenesis: How Synthetic Biology Will Reinvent Nature and Ourselves, George Church, geneticist, Harvard professor, and perhaps the most well-known scientist in this field, outlines some of the inventive solutions offered by this future potential, including biofuels, targeted gene therapies, and even virus-resistant human beings. In Church’s expansive vision, we see a future in which humans have the capability to design nature itself, changing the fabric of biology and human evolution.

If advanced robotics, additive fabrication, synthetic biology, and other emerging technologies extend humanity’s grasp, making it possible for us to achieve our goals in manufacturing, health, energy, and other industries rapidly and efficiently, they also will place their own set of demands upon us. The fields of graphic design, industrial design, and software UX design have all evolved in response to the unique demands of new technologies. It’s a classic human characteristic to relate to and interact with our latest tools. Graphic design makes information depicted in printed media clear, understandable, and beautiful; industrial design makes products elegant, usable, and humane; and UX design makes the interaction with our digital products and services efficient and even pleasurable.

Historically, bridging this gap between man and disruptive technology has not been an easy task. In addition to the positive outcomes of the Industrial Revolution, the political, societal, and economic change across the globe also engendered negative responses by people whose lives and livelihoods were displaced. Most famously, the Luddites in England sabotaged machines in the factories, preferring to destroy the technology they felt would ruin man’s existence, rather than proceed forward in concert with it. Mass production similarly had its tensions with traditional craftsman — from woodworkers to painters to architects — who responded by creating the influential Arts and Crafts movement in the late 1800s. And, in the literature of the time, industrialization faced one of its most enduring critiques in Mary Shelley’s Frankenstein, which articulated most eloquently the idea that science left unchecked and pursued for its own sake was not to be trusted. We, too, can expect that the road to adopting the emerging technologies of our time will be subject to societal tensions and negative reactions, critiques, and counter-movements, which is all the more reason for designers to involve themselves early.