Designers have a choice: Build for a better future or build to add to the noise

You owe it to your users to design responsibly. 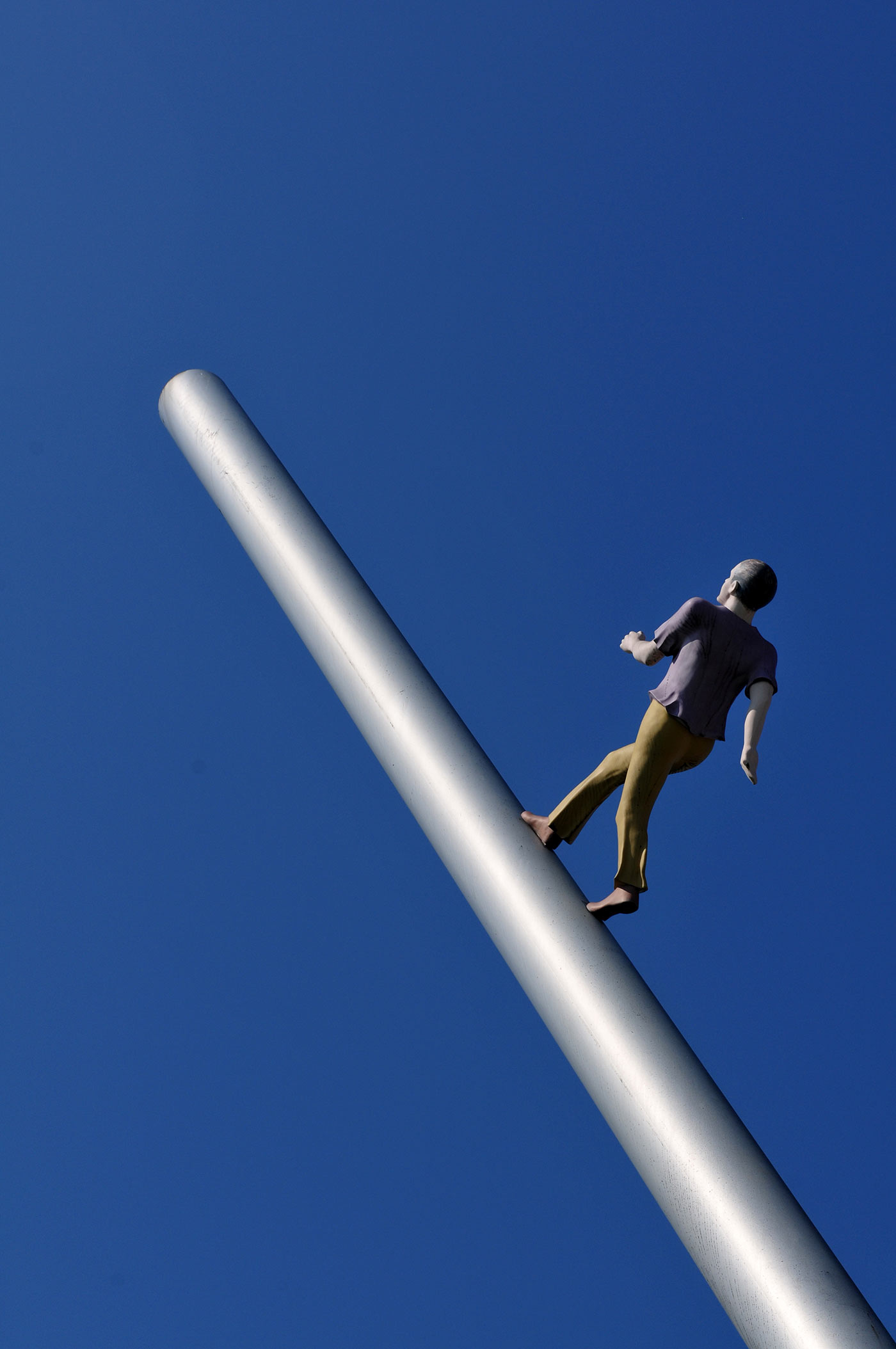 Sculpture "Man walking to the sky" in Kassel, Germany. (source: By Ralf Roletschek on Wikimedia Commons)

One of the messages I have been hearing in various forms in the last several months is that designers have a responsibility—a responsibility to design responsibly, to design for the greater good, to design with the users’ best interest in mind, and a multitude of variations on those. Every time I hear that, this phrase pops into my mind: “Design is neutral.” While I recently heard that phrase listening to Jennifer Daniel speak at Creative Mornings in San Francisco, the sentiment originally appears in Lucienne Roberts’ book, Good: An Introduction to Ethics in Graphic Design. The idea of socially responsible design is not new, but it is gaining momentum in the digital design community.

It struck me. Design is neutral. Design is a skill that when applied can help or harm. In itself, it is not good nor evil. The intent resides in the hands of designers. Daniel says: “Reckon design with your own values.” We all have a responsibility to our users, and to ourselves to wield our powers for good.

If you don’t believe design has a significant, intimate impact on people, just look at the rapid rise of mobile and how the use of electronic media has infiltrated nearly every aspect of our lives. Consider this from David Hindman’s recent free report Designing for Respect:

You don’t need to be designing for mobile or a software app to have this kind of impact. If you make anything that is used by another human being, you have influence on human behavior—thus, you should act accordingly.

Earlier this year, I interviewed Tristan Harris, co-founder of a movement called Time Well Spent. Harris explained that as a designer, you’re designing how people spend their time. Is that time well spent or simply time spent? Time is currency. You have a responsibility to your user to design an experience that is in the user’s best interest. Period. This isn’t an easy principle to live by if you’re working for a company that is focused on grabbing eyeballs. How do you know the company values its users as much as its profits? How do you manage two sometimes conflicting goals as a designer: what you value and what your employer values? I don’t have answers, but I will say that the conversations are beginning to happen, and driving awareness of this thinking is central to sorting through the ethics of design.

So, what does irresponsibility look like? There are hundreds of examples of Dark Patterns listed online. In his report, Hindman lists several antipatterns, including this one related to a product that to most would seem innocuous:

“Designing for Designers. A few years ago, skeumorphism conceded the digital design trend battle to flat design, but this paradigm change has not been without casualties. One example of how the more utilitarian, flat aesthetic falls short is in an interface some use every day: the iOS alarm clock. This design was changed to fit within a design framework rather than place the user’s needs at the forefront.” Have you ever tried to tap on your iPhone’s snooze button? As Hindman points out: “The issue is that, for someone who has just awakened, the snooze tap zone is awfully hard to find and very small—tapping snooze successfully on the first try can prove challenging and frustrating. It would be preferable to have a design with a full-screen takeover tap zone with just one word: snooze.” In this case, the framework took priority over the user.

Designers, you have a choice. Build for a better future or build to add to the noise and frustration of life. What does your moral compass tell you to do?

Repercussions of design decisions can extend beyond the innocuous or merely frustrating to the truly harmful. In a Medium post, Jonathan Shariat wrote about how bad design can kill. He has just finished writing a book, Tragic Design, that focuses on the implications of bad design. It may sound extreme, but think about it: if there is miscommunication via a poorly executed health care interface, as in the case Shariat wrote about on Medium, potentially fatal errors can occur. User-centered design is critical to decreasing the kind of scenarios Shariat describes.

As designers, you are constantly managing a balancing act: doing right for you, for your users, and for your employer. In his report, Hindman offers some great advice on how to approach this:

“Before any project, I will ask myself two questions—one selfish, and one unselfish. First, I selfishly ask, ‘Is this work interesting and will it build my skills or grow my career as a designer?’ The less selfish question is, ‘Will solving this client’s problems make the world better or worse off than before?’ Ultimately, is the work interesting, boring, good, or evil, and to what degree?”

I’d like to hear from you. How do you manage the balance? We’ll be covering this topic at our upcoming O’Reilly Design Conference, January 19-22, 2016, in San Francisco. Reserve your seat now.