Getting Started with Deep Learning using Keras and Python

Experiment with deep learning neural networks using Keras, a high-level alternative to TensorFlow and Theano. Get started by focusing on model structure, and avoid the complexity of numerical programming on GPUs. Play faster and go deep. 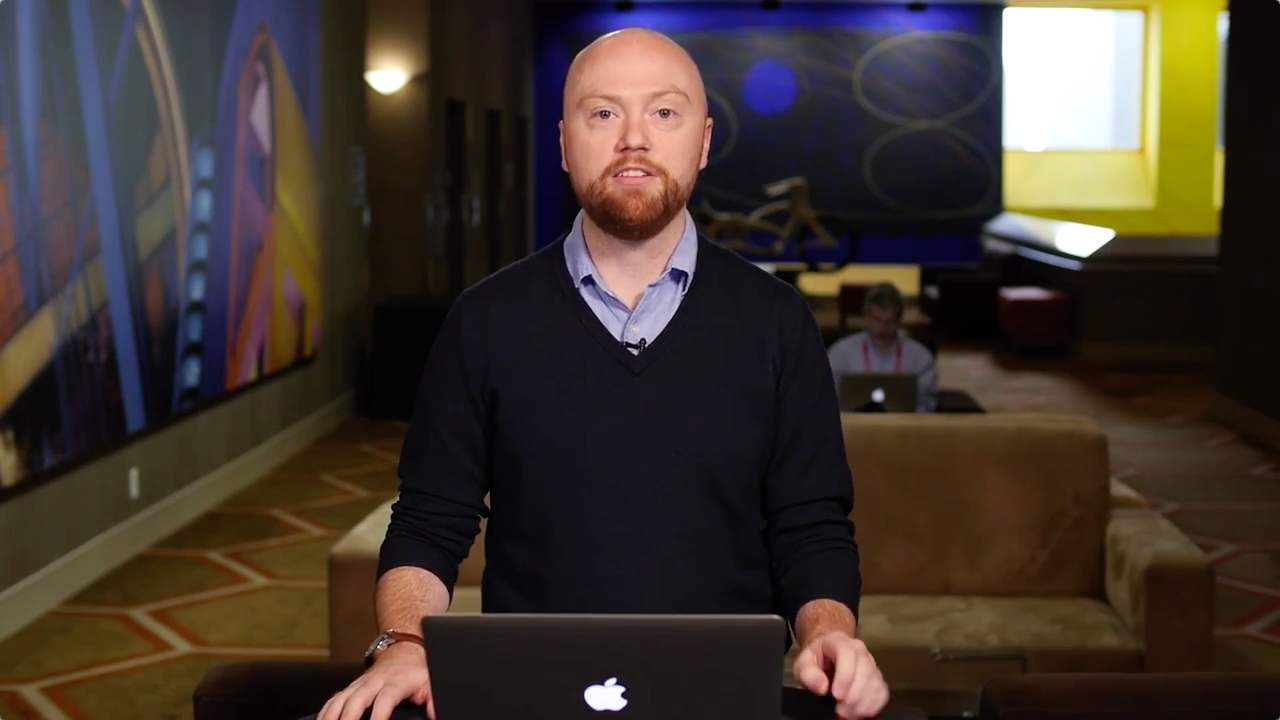 A few months ago, I started a new job doing applied research at Fast Forward Labs. My new colleagues had just finished a project on image recognition with convolutional neural networks, and were starting on a new project on text summarization with recurrent neural networks. Neural networks were not something I’d previously worked with, so I knew I’d have to get up to speed fast.

Despite all the recent excitement around deep learning, neural networks have a somewhat deserved reputation among non-specialists, who view them as computationally intensive to train and apply, difficult to interpret, and tedious to build.

That was certainly my feeling. And while interpretability remains an issue, and you’re going to want access to some pretty serious hardware to train and deploy large networks, the process of building and experimenting with neural networks has gotten a lot easier recently.

That’s because there are now high-level neural network libraries that enable developers to quickly build neural network models without worrying about the numerical details of floating point operations, tensor algebra, and GPU programming.

Today we’re going to look at one of these libraries, Keras. Keras is a high-level neural network library that, among many other things, wraps an API similar to scikit-learn’s around the Theano or TensorFlow backends.

Because of that similarity with scikit-learn, and to emphasise that neural network design and testing is now accessible to everyone, I’m going to give you a quick tutorial on how to use Keras by explicitly comparing it to scikit-learn.

Scikit-learn is the most popular, feature-complete, classical machine learning library used by Python developers. Among the many great things about scikit-learn, my favorite is its simple, coherent and consistent API, which is built around estimator objects. The API is a good description of machine learning workflow with which many engineers are already comfortable, and it’s consistently applied throughout the package.

Let’s get started by importing the libraries we’ll need: scikit-learn, Keras, and some plotting features.

The famous Iris dataset (published by Ronald Fisher in 1936) is a great way of demonstrating the API of a machine learning framework. In some ways it’s the “Hello world” of machine learning. 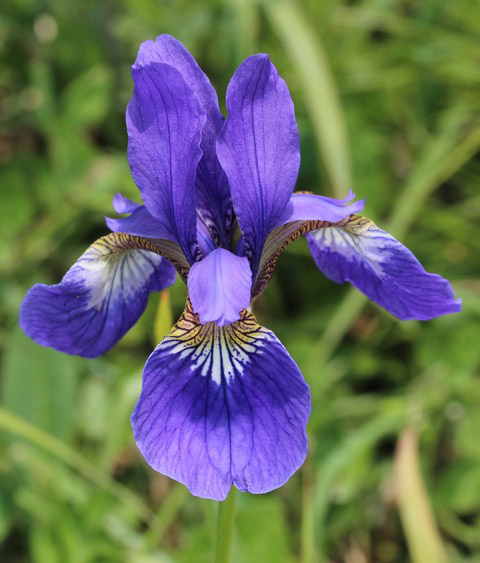 The data is simple, and it’s possible to get high accuracy with an extremely simple classifier. Using a neural network to solve this problem is therefore using a sledgehammer to crack a nut. But this is fine! Our goal is to explore the code required to get from data to working classifier, not the details of model design and selection.

Let’s load the Iris dataset as a labelled DataFrame using pandas and look at the first 5 examples.

For each example (i.e., flower), there are five pieces of data. Four are standard measurements of the flower’s size (in centimeters), and the fifth is the species of iris. There are three species: setosa, versicolor, and virginica. Our job is to build a classifier that, given the two petal and two sepal measurements, can predict the species of an iris. Let’s do a quick visualization before we start model building (always a good idea!):

Munge and Split the Data for Training and Testing

First we need to pull the raw data out of the Iris DataFrame. We’ll hold the petal and sepal data in an array X and the species labels in a corresponding array y.

As is standard in supervised machine learning, we’ll train with some of the data, and measure the performance of our model with the remainder. This is simple to do by hand, but is also built into scikit-learn as the train_test_split() function.

We’ll train a logistic regression classifier. Doing this, with built-in hyperparameter cross-validation, is one line in scikit-learn. Like all scikit-learn estimator objects, a LogisticRegressionCV classifier has a .fit() method that takes care of the gory numerical details of learning model parameters that best fit the training data. So that method is all we need to do:

Now we can measure the fraction of the test set the trained classifier classifies correctly (i.e. accuracy).

Now do Something Very Similar With Keras

Keras is a high-level neural network library created by François Chollet at Google. The initial commit to its public GitHub repository was on March 27th last year, so it’s a year old.

Building a classifier is only a little bit more complicated in Keras. The data munging changes a little bit, and we have to do some work to define the network before we instantiate it as a classifier, but otherwise it’s very similar to working with scikit-learn.

First a bit of data munging: scikit-learn’s classifiers accept string labels, e.g. "setosa". But Keras requires that labels be one-hot encoded. This means we need to convert data that looks like:

There are lots of ways of doing this. If you’re a pandas person then there’s pandas.get_dummies(), and one-hot encoding is in scikit-learn. We’ll just use a Keras utility and some numpy.

Aside from the data munging required in this particular case, the most significant and important difference with working with Keras is that you have to specify the structure of the model before you can instantiate and use it.

In scikit-learn, the models are off-the-shelf. But Keras is a neural network library. As such, while the number of features/classes in your data provide constraints, you can determine all the other aspects of model structure: number of layers, size of layers, the nature of the connections between the layers, etc. (And if that didn’t make sense, Keras is a great way to experiment with it!)

The upshot of this freedom is that instantiating a minimal classifier involves a bit more work than the one line required by scikit-learn.

In our case, we’ll build an extremely simple network. Two of the choices are made for us by the data. We have four features and three classes, so the input layer must have four units, and the output layer must have three units. We only have to define the hidden layers. We’re only going to have one hidden layer for this project, and we’ll give it 16 units. From the point of view of a GPU, 16 is a round number! You’ll see a lot of powers of 2 when you work with neural networks.

We’re going to define our model in the most common way: as a sequential stack of layers. The alternative is as a computational graph, but we’re going to stick to Sequential() here.

The next two lines define the size input layer (input_shape=(4,), and the size and activation function of the hidden layer.

… and the next line defines the size and activation function of the output layer.

Finally, we specify the optimization strategy and the loss function to optimize. We also instruct the model to calculate accuracy as it works.

Use the Neural Network Classifier

Now that we’ve defined the structure model and compiled it, we have an object whose API is almost identical to a classifier in scikit-learn. In particular, it has .fit() and .predict() methods. Let’s fit.

Training neural networks often involves the concept of “mini-batching”, which means showing the network a subset of the data, adjusting the weights, and then showing it another subset of the data. When the network has seen all the data once, that’s called an “epoch”. Tuning the mini-batch/epoch strategy is a somewhat problem-specific issue, but in this case we’ll just use a mini-batch of 1. That makes it effectively good old stochastic gradient descent, i.e. the data is shown to the network one flower at a time, and the weights adjusted immediately.

Feel free to rerun this cell with verbose=0 removed. Note that if you want to experiment with the mini-batch/epoch strategy you should rerun the previous cell that ran model.compile() to reinitialize the model weights. (Note: this may take a few minutes to run, while fitting the model.)

For basic use, the only syntactic API difference between a compiled Keras model and a scikit-learn classifier is that Keras’s equivalent of the scikit-learn .score() method is called .evaluate().

evaluate() returns the loss function and any other metrics we asked for when we compiled the model. In our case, we asked for accuracy, which we can compare to the accuracy we got from the .score() method of our scikit-learn LogisticRegressionCV classifier.

As you can see, the test accuracy of the neural network model is better than that of the simple logistic regression classifier.

And it does hint at one of the dangers of neural networks: overfitting. We’ve been careful here to hold out a test set and measure performance with that, but it’s a small set, and 99% accuracy seems awfully high to me, so I wouldn’t be surprised if there was some overfitting going on. You could work on that by adding dropout (which is built into Keras). That’s the neural network equivalent of the regularization our logistic regression classifier uses.

But we’ll stop here, because a neural network model is overkill for this problem, and worrying about accuracy is not the point of what I’ve shown you. The point is that using a batteries-included, high-level library like Keras means that we need to write only a little bit more code to build, train, and apply a neural network model than a traditional model.

We built an extremely simple feedforward network model. To experiment more, load the MNIST database of handwritten digits and see if you can beat a standard scikit-learn classifier. Unlike the Iris dataset, this is a situation where the power and relative complexity of neural networks is justified. Try it yourself first, but if you get stuck, take a look at this notebook.

Technical and engineering tutorials for your favorite language or library are easy to find, but if you’re interested in some of the more conceptual and mathematical background, take a look at:

Speaking of recurrent neural networks, Keras also has layers that allow you to build models with:

In fact, one key strength of neural networks (along with sheer predictive power) is their composability. Using a high-level library like Keras, it takes only a few seconds of work to create a very different network. Models can be built up like Lego. Have fun!