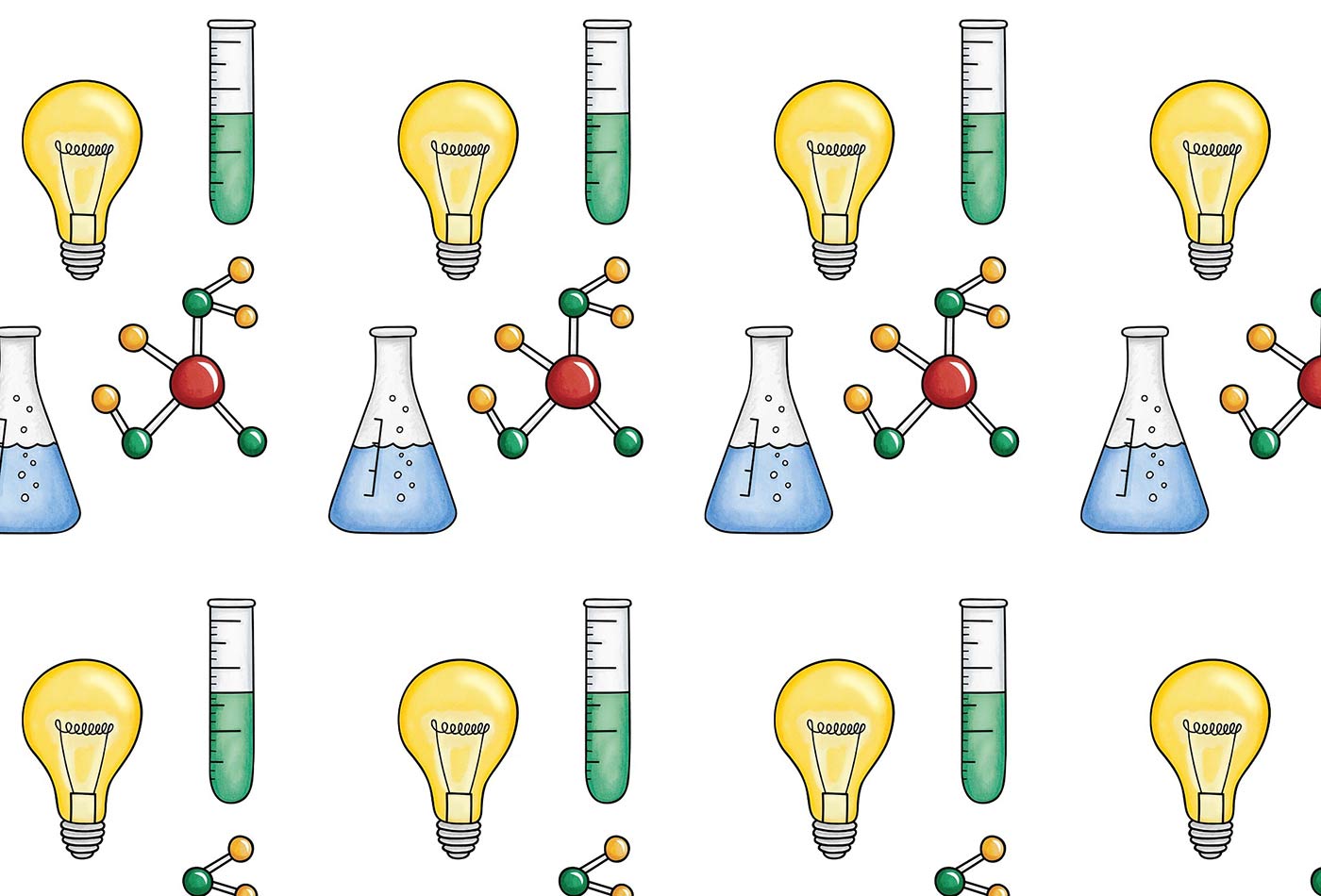 Biotech is a different world from Silicon Valley’s tech scene, and one with its own ways and traditions. Where Silicon Valley has a reputation for being brash and anarchistic, biotech developments are perceived—even if it’s inaccurate—as being bound by regulation and a cat’s cradle of connections with academia, big pharma, and government. But they have one thing in common: an overlapping venture capital community ready to fund the next big thing, be it cloud computing or CRISPR.

And, for many biology startups, there’s something unexpected: Google is there.

GV, formerly and popularly known as Google Ventures, has been making a major push into biopharma and life sciences. The venture capital arm of Google holding company Alphabet has investments in many of biopharma’s best known names, including Editas, 23andMe, Grail, and Denali Therapeutics.

The fund’s life science and health division includes dozens of other firms, including Foundation Medicine, Cambridge Epigenetix, Metabiota, and Oscar.

For Alphabet and Google, pharmaceuticals and biology occupy the convergence of two intersecting trends—a rise in massive data sets used to develop drugs and treatments, and the ability to turn a profit by backing potentially world-changing technologies in their early stages. Venture capital for biopharma has traditionally been dominated by pharma company funds such as Pfizer Venture Investments, Amgen Ventures, and GSK’s.

GV is part of a wave of tech-centric VC firms like Andreessen Horowitz, Kleiner Perkins Caufield & Byers, and Venrock Associates that are joining the party.

Speaking by phone, GV general partner Krishna Yeshwant credits his firm’s involvement in biopharma and life sciences to a rise in potentially transformative products both on the market and in development.

“At a high level, GV is set up as a fund where Alphabet is given a mandate to invest profitably,” Yeshwant explains. “When GV was founded in 2009, some people were surprised to see us involved in therapeutics—externally, it can be a little confusing. We always look at Alphabet as less search engine, and more about new tactical insights and tech that comes to the top and is transformative.”

This could take the form inside the firm’s life science and health division of Editas, the publicly traded gene editing firm; Impossible, which makes vegan hamburgers that “bleed” like real beef; or Flatiron, which develops data platforms for oncology.

One example of GV’s involvement comes from the experiences of Denali Therapeutics. The Bay Area firm is working on treatments for neurodegenerative conditions such as Alzheimer’s, Parkinson’s, ALS, and frontotemporal dementia. Denali focuses on drug discovery and development, and shares DNA with Genentech. The company’s executives are predominantly Genentech veterans, and Denali’s office is just down the street from Genentech’s corporate headquarters in South San Francisco.

Denali launched in 2015 with a massive $217 million first-round venture financing. The company had a subsequent $130 million funding round; GV is an investor in the company, alongside the Alaska Permanent Fund, ARCH Venture Partners, Baillie Gifford, Flagship Pioneering, and F-Prime Capital Partners.

Yeshwant confirms this: one big advantage biopharma and life sciences companies in the GV portfolio can leverage is expertise with design, recruiting, marketing, and data work.

The bulk of GV’s investment in the bio/life sciences space consists of minority investments in a wide range of firms rather than concentrating on a few high-risk, marquee investments. As Yeshwant puts it, “We try to be helpful in the relationship, and to be careful about keeping a distance from places that are confusing to Google or Alphabet.” It’s a more hands-off approach to life sciences investing where portfolio firms have access to Alphabet’s resources but largely avoid more interventionist forms of investor oversight.

Biopharma is also an area of increasing monetary and strategic interest for GV—as well as Silicon Valley in general. According to a June 2017 report by CB Insights (2017), GV has more than doubled its pharmaceuticals investments in each of the last two years. In 2017 alone, Google Ventures has invested first-time deals in Fulcrum Therapeutics (gene therapy), Arsanis (anti-bacterials), Spero Therapeutics (anti-bacterials), and BlackThorn Therapeutics (neurobehavioral disorders).

Before departing GV to start his own fund, Google Ventures founder and first CEO Bill Maris wrote in a blog post that life science and health are GV’s biggest area of investment (Maris, 2015), contributing to nearly 31% of investment. In late 2016, Maris reportedly walked away from starting a new $230 million healthcare fund.

GV’s interest is paralleled by that of other firms. Writing for Andreessen Horowitz’s blog (Conde, 2017), the venture capital firm’s bio fund general partner Jorge Conde noted the existence of a sort of Moore’s law of genomics:

To me what’s most fascinating for entrepreneurs and startups is that we’ve gone from a ‘single lens’ view of biology where the focus was on genomics (the A, C, T, G code of DNA) to where we can now look at biology via multiple lenses… That is, various biological signals—DNA, RNA expression levels, proteomics—in a more multi-dimensional and high-throughput way. We can integrate all these different lenses together to get a much clearer picture of what’s happening from a disease biology standpoint.

Of course, Alphabet also has a longstanding interest in the life sciences, healthcare, and some of biopharma’s more far-out frontiers. Alphabet’s life sciences division, Verily, says its mission is to “make the world’s health data useful so that people enjoy healthier lives.” By Alphabet’s estimation, this includes developing tools for making sense of health data, and building platforms and interventions based on those insights.

While the bulk of Verily’s on-record projects are in the healthtech space rather than biopharma, the company is experimenting with both biological initiatives and pharmaceutical projects. For instance, Verily is partnering with Biogen and Brigham and Women’s Hospital on a multiple sclerosis observational initiative, and is working with the National Institutes of Health on a precision medicine initiative. Another company under the Alphabet umbrella, Calico, is working on life-extension tools, and includes molecular biology, genetics, and computational biology experts.

This bounces back to a recurring theme in GV’s investments: the fact that massive data sets, machine learning, and pattern recognition are becoming an integral part of modern biotech and drug development. While precision medicine is arguably the best known expression of that, the rise of massive data sets and cloud computing has created opportunities for Google, even as cloud computing has expanded to all ends of pharma.

According to Yeshwant, when looking for companies to invest in, GV looks for what he calls “transformative” factors ranging from new biological toolsets like CRISPR to innovative approaches to cancer, neurology, and pain. The fact that all of these intervention approaches require mass quantities of data is just icing on the cake.

Denali’s Krognes notes that GV is especially interested in the intersection of healthcare and data. “For Denali,” he adds, “we select our targets—the genes we go after—to modify disease based on a proven link to the diseases in question like Alzheimer’s and Parkinson’s. The identification of this link is something done through technology, and data analysis.” For instance, Denali tracks biomarkers in population subsegments into responders and uses that as a therapeutics guide, which takes up a mass amount of computing power.

Interventions such as innovative neurological and brain treatments create an overlap for tech companies such as Alphabet, venture capital firms with tech experience such as GV, and life sciences firms like Denali. Whether the drug development world likes it or not, their fate is tied to the tech sector.

This also ties into a larger trend in the biotech and pharma VC worlds: the ongoing symbiotic relationship between Silicon Valley and Boston’s venture capital communities. Thanks to the local academic community and research institutions like Brigham and Women’s Hospital (where Yeshwant is also a practicing clinician), Boston has traditionally held an edge in life sciences. However, the Bay Area has largely been where the money is.

Much like other venture capital firms from the tech community developing bio funds of their own, GV focuses on making sense of what can be a very different landscape both in terms of business and regulation. A scrappy tech startup can bootstrap its way toward Series A funding with just an Amazon Web Services subscription, a business plan, a rich relative to offer a loan, and a handful of early-stage employees willing to work 70-hour weeks. However, launching pharma and bio startups require both years of education and access to existing institutional knowledge that can’t be easily replicated.

Understanding the regulatory landscape is another challenge for venture capital firms entering the life sciences. One of the great advantages of health-oriented VC funds is an understanding of the arcane details of the drug approval pipeline that can often puzzle outsiders. Despite the fact that GV is backed by one of the world’s largest companies and has amazingly talented experts working on its health investments, the dynamics are often a long way off from conventional tech investing.

However, companies exiting GV investment also offer opportunities for the firm to turn a tidy profit going forward. For instance, Yeshwant has a board seat on Foundation Medicine, a molecular information company specializing in cancer care, which went public in 2013. Pharmaceutical firm Roche has majority control of Foundation, and GV previously had a 4% stake.

Yeshwant himself took a more circular path to pharma and life sciences. He comes from a computer science background, and before joining GV helped found two companies that were acquired by Hewlett-Packard and Symantec. He decided to go to medical school after his father became ill; while working on his MD, he came aboard at Google Ventures through connections from the tech world. Yeshwant than found himself in what he describes as an “unusual environment where I was basically an intern and investing millions as an intern.”

When asked how he views life sciences and biopharma investment as a whole, Yeshwant takes the long view: he notes that investment in life sciences is cyclical and that GV is one participant in a much larger ecosystem of venture funds that fulfill different roles.

“Lots of tech investors have naivete about healthcare,” Yeshwant adds. “There’s a huge regulatory burden and lots of negatives, but for us it’s so critical to someone’s life and the bar is so high.” Cycling back to GV’s twin pillars of looking for new biological innovations and looking for market invitations that make those innovations fit into patient care, he also notes that development and building up new companies takes time.

Unless unforeseen factors change things, 2017 and 2018 are likely to continue the same pattern of aggressive growth in the biopharma venture capital world. GV’s role, essentially, is to leverage Alphabet/Google’s expertise and use it to make money by supporting smaller life sciences firms that have a decent shot at making it big. Other venture funds will keep on fulfilling other roles in the ecosystem, ranging from accelerating the R&D pipeline for big pharmaceutical firms to pushing products especially reliant on machine learning or massive data sets. One thing’s for sure: we haven’t seen the last mega-funding round for a biopharma company.