How leaders can build a great culture: Own it, articulate it, live it

Don’t underestimate this emergent property of your organization. 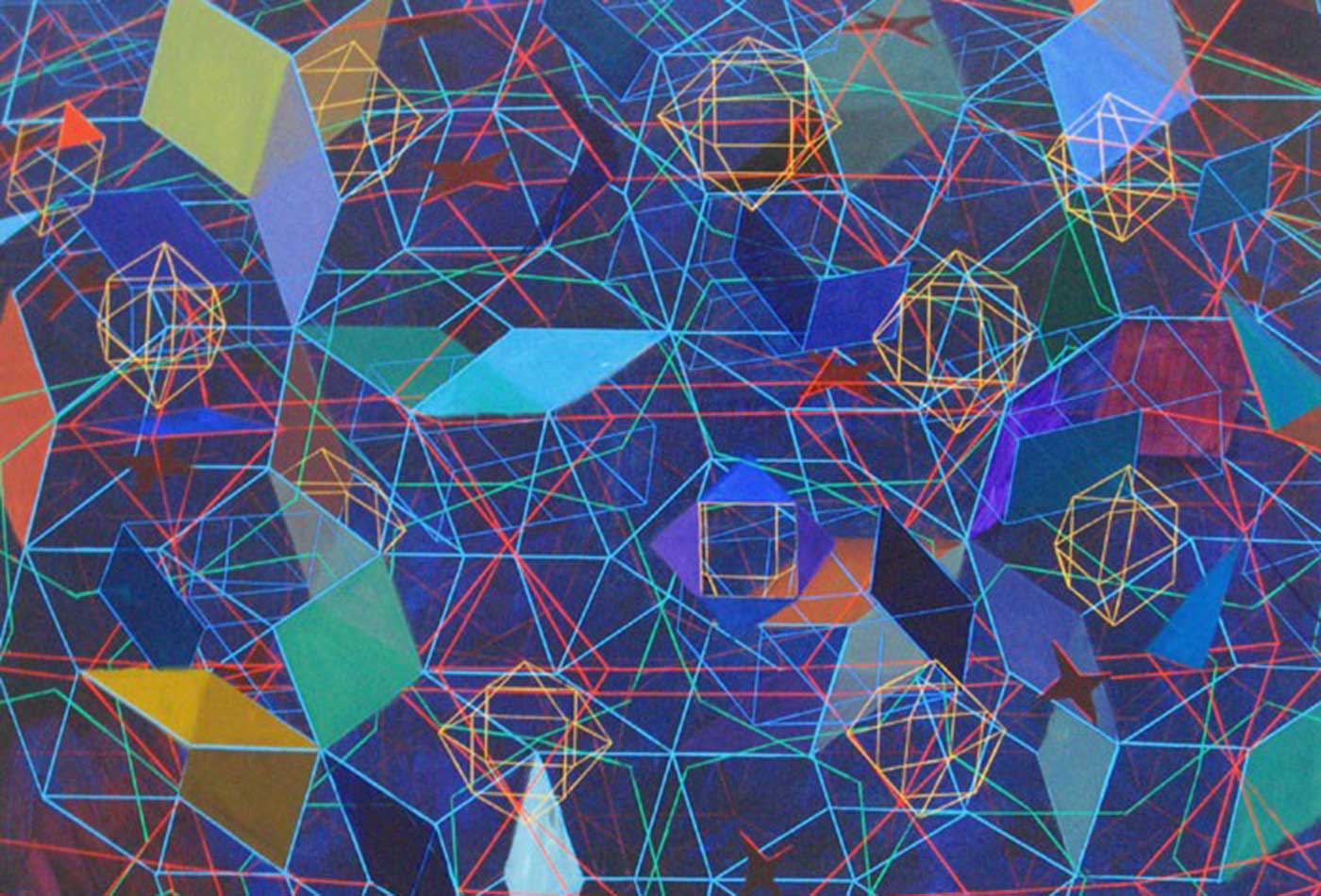 Culture has been a topic of interest ever since some sage declared that it eats strategy for breakfast (or lunch—the exact origins of the maxim are murky). While there are numerous guides to the three, five, or seven steps to an ideal culture, I suggest that senior executives should first concentrate on my golden rule of culture: don’t mess it up.

As a leader, your every move is watched and your every word is measured for deeper meaning. That means it is easy to screw up an organization’s culture, even when you have the best of intentions. I recently spoke with the head of a large organization who remarked that he hadn’t realized how “loud” his voice became when he stepped into the top job. He told me that when he mentioned in passing that X sounded interesting, suddenly people were forming X teams and sending him reports on the future of X. He didn’t intend for all of that to happen, but when someone is in his position, people put a lot of weight on every word. He had to learn to be careful with everything he said and did.

This is an example of how executives often overestimate their control of culture yet underestimate their influence in it. What does that mean? Culture is an emergent property of the system that is your organization. It is composed of every person, process, and protocol in the organization. Every decision adds to or detracts from the desired outcome. Your culture is the sum of a thousand little actions. No executive can dictate culture through a memo, speech, or decree. Nor can you “set it and forget it” because it is constantly evolving. At each step, be informed and intentional.

Yet, an executive can use what he or she controls to greatly influence the tone and tenor of the organization. Doug Conant, former CEO of Campbell Soup Company, noted the importance of each person’s contribution by marking accomplishments with handwritten notes. As many as 30,000 of them over his tenure according to one estimate. Taking the time to recognize significant contributions fosters a culture of mutual respect. I found a similar practice at a hospital outside of Boston that had committed to differentiating itself in a highly competitive marketplace through a culture of service. The handwritten notes were sent by supervisors to workers at their home addresses. Experiencing the feeling of receiving a personal gesture did more to build the culture of service than any point system or other gimmick ever could.

So, walk the talk: if you want a culture where time is valued, show up to meetings on time and require an agenda. Punctuality will spread. If you want a culture that values a positive vibe, be ruthless about moving out toxic individuals no matter how great their other talents. If you don’t, people will assume that it is OK to be a jerk (see Bob Sutton’s excellent work on “The No A**hole Rule”). Doug Conant will be delighted if you follow his lead in sending handwritten notes.

There are executives who delight in a cutthroat culture. There are others who think that culture is a bunch of mush—“We have an annual golf outing, don’t we?” In my experience, far more frequent are executives with benign intentions who make missteps with unintentional consequences for the organization’s culture.

A company I know well recently moved to a new neighborhood. The area is a little edgy but on the rise. The new space is light-filled and airy. The workspaces are fluid. Yet, multiple people have told me that just a few months after the move, the company feels more silo-ed. Functional stovepipes have hardened and cross-unit collaboration waned. However, thinking across organizational boundaries remains a mantra at the company. What happened?

The answer seems to lie in the physical space. The executives made smart choices to move beyond the elegant cube farm feel of their former digs. However, their old home offered a unique architectural feature: a five-floor, glass-encased spiral staircase. Open seating and coffee stations surrounded the staircase on each floor. This core transit corridor was a natural place to bump-and-connect with people from elsewhere in the company. In contrast, the next-generation space has great bones but lacks that space to build critical connective tissue through spontaneous interactions over coffee or lunch. At one Fortune 500 company I visited, they intentionally decided not to have an executive dining room. Instead, top executives mingled with more junior employees in a common cafeteria. It set the tone of approachability that permeated the culture.

The consequences of physical space choices for organizational culture are as undeniable as they are, sometimes, unintended. In my experience, executives too often accept the limitations of layout and structure because they view it as a one-time decision and look only at short-term construction costs.

Across the country, I saw a counter-example. The CEO of a technology company gave me a tour of his facility, and on one floor, we encountered a pile of construction debris. He apologized for the mess and explained that they were always altering their physical space to better match the tasks to be performed. The costs were minor, he said, when compared to the value of the work produced. He also noted that the landlord thought he was a bit crazy, as he was the only tenant regularly making such adjustments. My host thought the other tenants were simply short-sighted: “I don’t want any of my engineering teams underperforming because of something I can fix this easily,” he said.

Even without hammers and saws, there are steps you can take. An executive from another tech company faced a similar challenge with communication across groups. However, he solved it by programming the company’s meeting room reservation system so that people could only book conference rooms outside of their home zone. So, if you sat on One East, you might find your weekly staff meeting being held on Two West. This forced people to walk through and to different parts of the building. It’s a bit like thwarting high school cliques—sometimes you have to give people a little shove to help them meet someone new.

Learning from failure will improve agility

If failure to appreciate the power of physical space is one culture-damaging pitfall, legacy processes are another often overlooked by senior executives.

Many years ago, management thought leader Adrian Slywotzky explained to me that an invisible wall exists in most businesses: in front of the wall are the customer-facing operations. Here, change is constant and often rapid in response to market demands. Behind the wall are administrative functions such as finance, human resources, and the rest. Change tends to come much more slowly. Companies invest in and expect adaptation to meet customer needs in front of the wall yet see back-end functions as evergreen. Little return is perceived from innovation behind the wall and, in fact, functions such as accounting may be governed more by laws and regulations than shifts in the marketplace. So, there are natural and legitimate reasons for each to evolve at different speeds. However, this can also lead to significant dysfunction. You will only be so agile in front of the wall if a Soviet-style bureaucracy lurks behind it.

Incentive structures are one example of this phenomenon. Rewards, tangible and intangible, are powerful cultural signals. It does no good to admonish people to act like entrepreneurs yet distribute raises and bonuses evenly across the organization (yes, this still happens). When there is little or no reward for individual effort, you’re creating a non-entrepreneurial environment. The exception to this is when you have established a significant company-wide goal and the reward is clearly tied to achieving it. In this case, you may want to acknowledge that your accomplishment required the efforts of everyone from the security guards to the CEO. Crafting a new incentive system is a significant undertaking, though the cultural costs for foregoing the effort can be brutal.

Similarly, if every investment decision requires a visit to Vice President Nada and then a presentation to the Risk Aversion Committee, you will not build a culture of creativity and innovation. If the projections of success have to be too rosy in order to survive the process, you will either find great ideas disappearing or an emergent proficiency in gaming the system to garner approval. A better approach is to make it easy to try new ideas on a small scale and teach people how to appreciate and learn from failure. Those are properties of a culture where innovation thrives.

A vast array of these processes course through your organization like blood vessels. The lesson is to be aware of these evolutionary cycles to ensure that the back end remains relevant to and supportive of what is happening on the front end. Otherwise that dynamic culture you think you are fostering in front of the wall is likely to be dragged down by stagnation and misalignment behind it.

How do you successfully adhere to my golden rule? First, don’t delegate culture to HR or any other department. Own it. Be accountable for it. Second, articulate it—preferably through an inclusionary process with input from throughout the organization. One of my favorite examples is Herman Miller’s Things that Matter to Us. Finally, live it. Look at all your major decisions, processes, and protocols through the lens of culture just as you submit them to financial and regulatory scrutiny. Make culture as important to the red light/green light verdict as more traditional criteria. Hire and promote for fit as well as competence. Listen carefully for what resonates and what causes dissonance in the organization. Be open to feedback—even when it hurts a bit.

We may never learn who first said that culture beats strategy. All that really matters is in a world where agility and speed are prized, the statement is true more often than not. Strategy is the plan, but culture is the energy that animates it. That’s reason enough to work hard to not f it up.