The latest event revealed a pervading feeling that DIY biotech is maturing at an accelerating rate. 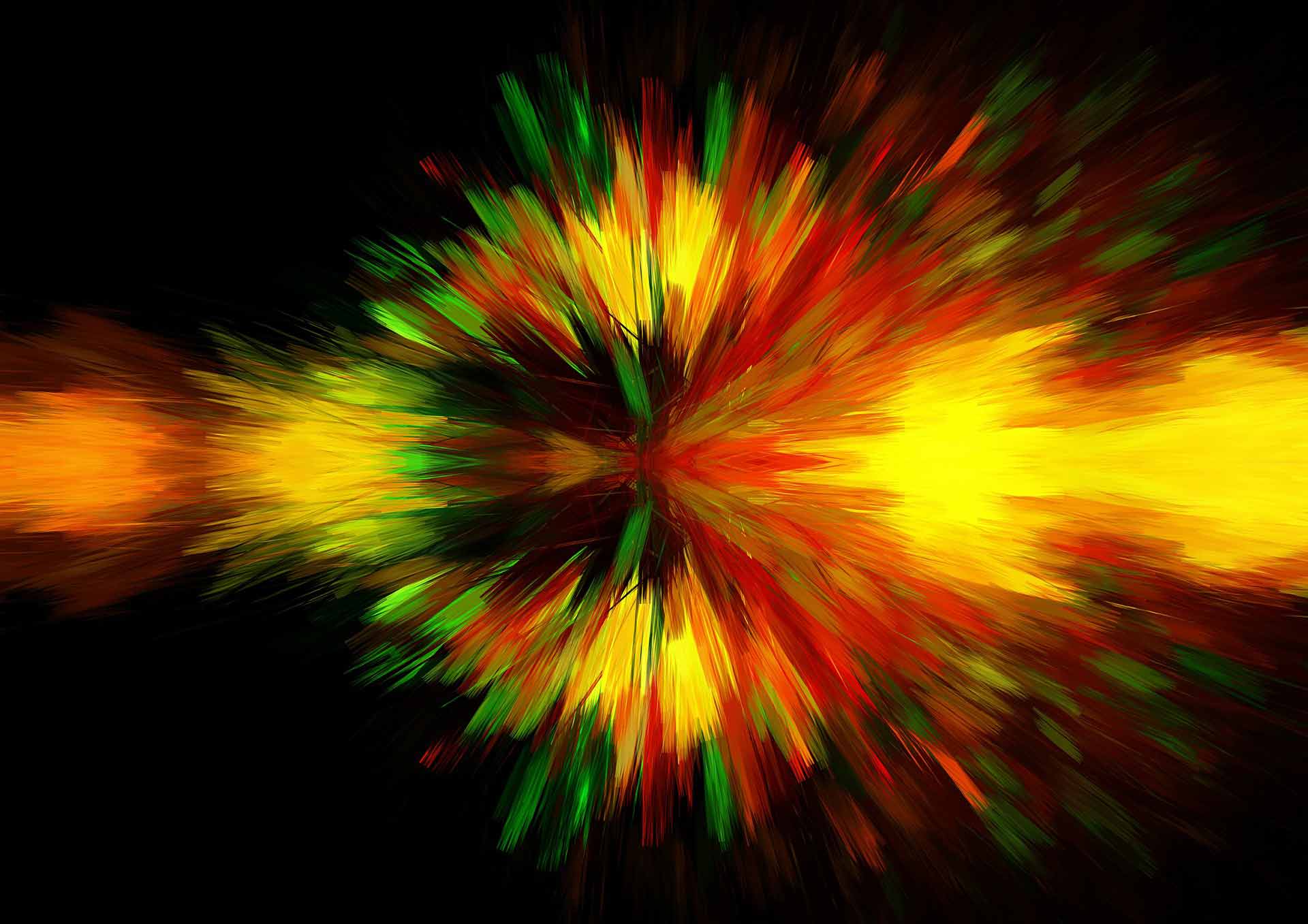 This spring’s IndieBio Demo Day, held as usual at the Folsom Street Foundry, felt distinctly different from its predecessors. The microbrews still flowed freely if not excessively, and the finger foods were elegant and savory. And as with past Demo Days, the place was packed. People were standing cheek by jowl, save for the fact that very few jowls were in evidence among the largely under-35 crowd.

But the ambience had somehow shifted. Earlier Demo Days were charged with a giddy anticipation of a great but unknown future. The air seemed to crackle with static electricity and ozone. Comparisons with Silicon Valley in the early 1980s were widespread, and they felt apt.

But in the latest event, there was a pervading feeling that DIY biotech was maturing at an accelerating rate. The technology remained as surprising and impressive as ever, but the ancillary infrastructure needed to embed those ideas and prototypes into the real world now felt imminent.

That conceit is IndieBio’s raison d’être. The San Francisco-based biotech accelerator’s mission is to transform diffident and perhaps socially awkward scientists into articulate entrepreneurs who can explain their products and services and attract capital.

“We’re essentially running a four-month boot camp, a really rigorous business school for scientists,” said Ryan Bethencourt, IndieBio’s program director. “Do they love it? No. A lot of them hate it, because we take them way outside of their comfort zone. We make them do cold calls, over and over. We make them do follow-up. We make them close deals. At first they choke. But we keep at them until they succeed. Because it’s not enough to come up with a groundbreaking process or product. There has to be a commercial application, and it has to be brought to the world. There have to be customers. And the best people to make those pitches are the scientists, the creative people responsible for the breakthroughs. That way, they not only control the way the technologies are developed and presented, but they’re better able to protect their own interests.”

“It’s becoming increasingly clear that the classic biotech model is fragmenting,” said Bethencourt. “The wide availability of powerful, cheap technology means that huge, centralized facilities are no longer needed for world-changing breakthroughs. And the ‘Postdocalypse’—the thousands of extremely intelligent and highly educated bioengineers who find themselves working as lab techs for $45,000 a year due to a dearth of research and academic positions—means that we have the people who can make use of that technology, people who have nothing to lose by going out on their own. Future biotech is quick, cheap, powerful, decentralized, and responsive to changing needs in a changing world. IndieBio is the nexus for these trends.”

Venture capitalists are certainly interested, evidenced by their turnout at IndieBio’s third Demo Day; at least 400 investors attended the presentations.
“I think that we’re incredibly fortunate to be participants,” said Shahin Farschi, a partner at Lux Capital. “The challenge in technology has always been making the transition to business. IndieBio is providing a tremendous service by helping founders get ready for prime time, and creating the forum that allows investors to get their heads around these new companies. They’re creating narratives about what these companies can be, and they’re narratives investors can understand. They’re not only helping founders create value; they’re helping investors recognize value.”

Fourteen startups made presentations at the spring 2016 event, representing the medical, food, and cosmetic sectors. All the presentations were well-received, and the following seemed to generate particular enthusiasm.

“Right now you have to choose between cartridge-based benchtop diagnostic systems and paper-based field tests,” said mFluiDx CEO and cofounder Charlie Yeh. “The first is highly sensitive but very expensive. The second is cheap but sensitivity isn’t that good, particularly when it comes to serial conversion; you can’t detect infection within a week of exposure.”

“We’re working with Gubio Campos (a virologist who contributed to the identification of Zika in Brazil) to show the capabilities of the core technology with Zika and dengue fever,” said Yeh. “Ultimately, this will be a platform that will allow quick and accurate field tests for multiple targets.”

There are 650,000 people in the US suffering from kidney disease; about 100,000 of them are on the waiting list for a kidney transplant. But demand for kidneys far outstrips the supply, meaning that the future for most of these patients is long-term dialysis. That confines each of them to a machine three times a week for four hours per session. Dialysis also is expensive, typically costing more than $80,000 a year per patient. Further, fully 65 percent of dialysis patients can expect to die within five years of starting treatment.

These grim statistics are the driving force behind Qidni Labs’ efforts to develop a fully functional and implantable artificial kidney. So far, things look promising.
“We’ve completed two tests with our implantable device in porcine models, and we’ve been able to establish blood flow and remove solutes from the blood,” said founder Morteza Ahmadi. “Those are major derisking steps. We’re planning about 50 additional animal tests over the next two years, working closely with clinicians and the scientific community. Once we demonstrate both safety and long-term efficacy, we should be ready to connect to a human patient.”

Alternative dairy products have their good points: little if any saturated fat, less environmental impact because they’re plant rather than bovine sourced, and no ancillary animal welfare concerns. Still, the drawbacks are significant. Most pertinently, a widely held opinion that the products aren’t all that palatable. Almond and soy milk taste little like real milk, and are less than stellar as cooking ingredients. And tofu “cheese”? Well, the less said, the better.

“We’re breaking down the particle size of plant-based proteins and fats and creating matrices that are almost identical to those of cow dairy products,” said Sara Bonham, Willow Cup’s CEO and cofounder. “We’re obtaining isolates from a number of sources—including chickpeas, potatoes, and cashews—to optimize our formulations. There are a lot of good reasons to opt for a plant-based dairy product, but we don’t think a terrible cappuccino has to be the price you pay for that choice.”

Leather is wonderful stuff, but lots of cows and pigs have to die to make all those shoes and jackets, a fact that bothers many people. Synthetic substitutes such as pleather and naugahyde are obviously spurious, and don’t feel good against the skin. So what to do?

Turn to the humble fungi. MycoWorks produces “mushroom leather” from mycelia, the fibrous threads that all fungi produce.

“Mycelium leathers are ‘skin’ in their own right,” said MycoWorks CEO and cofounder Sophia Wang. “We induce the mycelia to grow in the matrices we want, obtaining different qualities with different interventions, including light. These mycelia layers are literally alive, and we can obtain different thicknesses and shapes by putting the different layers together and letting them bond. We then put the sheets through a tanning and curing process.”

Unlike animal-based leather, mycelia leather is not constrained by size.

Mycelia leather could ultimately replace many true leathers and polymer foams, said Wang, who observed her company is in the process of scaling up to a large volume pilot facility.

“We’ve put our leathers through mechanical and strength tests, and they outperform synthetic, sheep, and deer leathers,” Wang said. “Like real leather, they’re gas permeable—‘breathable.’ In our next round of tests, we expect them to compete with bovine leather for strength and toughness. And our inputs, of course, are minimal. We don’t have to feed and care for animals. We don’t have to kill animals. Our mycelia all are grown on agricultural and wood waste.”

“We’re showing that the way to prosper in the future is to embrace change, to be quick and nimble and ultra lean,” he said. “The opportunities for both innovative founders and savvy investors are immense. We’re just trying to bring them together.”