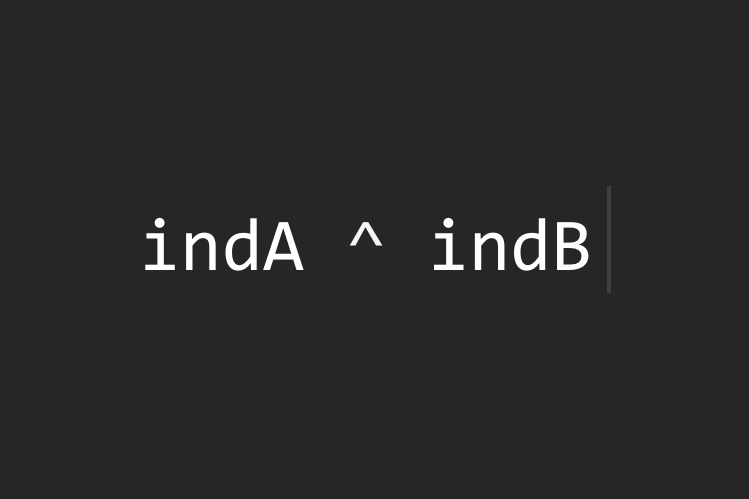 At the very basic level, Pandas objects can be thought of as enhanced versions of NumPy structured arrays in which the rows and columns are identified with labels rather than simple integer indices. As we will see through the rest of this chapter, Pandas provides a host of useful tools, methods, and functionality on top of these data structures, but nearly everything that follows will require an understanding of what these structures are. This first section will cover the three fundamental Pandas data structures: the Series, DataFrame, and Index.

A pandas Series is a one-dimensional array of indexed data. It can be created from a list or array as follows:

while the index is an array-like object of type pd.Index, which we’ll discuss in more detail below.

Like with a NumPy array, data can be accessed by the associated index via the familiar Python square-bracket notation:

As we will see, though, the Pandas series is much more general and flexible than the one-dimensional NumPy array that it emulates.

From what we’ve seen so far, it may look like the Series object is basically interchangeable with a one-dimensional NumPy array. The essential difference is the presence of the index: while the Numpy Array has an implicitly defined integer index used to access the values, the Pandas Series has an explicitly defined index associated with the values.

This explicit index definition gives the Series object additional capabilities. For example, the index need not be an integer, but can consist of values of any desired type. For example, if we wish, we can use strings as an index:

We can even use non-contiguous or non-sequential indices

In this way, you can think of a Pandas Series a bit like a specialization of a Python dictionary. A dictionary is a structure which maps arbitrary keys to a set of arbitrary values, and a series is a structure which which maps typed keys to a set of typed values. This typing is important: just as the type-specific compiled code behind a NumPy array makes it more efficient than a Python list for certain operations, the type information of a Pandas Series makes it much more efficient than Python dictionaries for certain operations.

The series-as-dict analogy can be made even more clear by constructing a Series object directly from a Python dictionary:

By default, a series will be created where the index is drawn from the sorted keys. From here, typical dictionary-style item access can be performed:

Unlike a dictionary, though, the Series also supports array-style operations such as slicing:

We’ll discuss some of the quirks of Pandas indexing and slicing in Section X.X.

We’ve already seen a few ways of constructing a Pandas Series from scratch; all of them are some version of the following,

where index is an optional argument, and data can be one of many entities.

For example, data can be a list or NumPy array, in which case index defaults to an integer sequence:

data can be a scalar, which is broadcast to fill the specified index:

data can be a dictionary, in which index defaults to the sorted dictionary keys:

In each case, the index can be explicitly set if a different result is preferred:

Notice that here we explicitly identified the particular indices to be included from the dictionary.

The next fundamental structure in Pandas is the DataFrame. Like the Series above, the DataFrame can be thought of either as a generalization of a NumPy array, or as a specialization of a Python dictionary. We’ll discuss these views below.

DataFrame as a Generalized NumPy array

To demonstrate this, let’s first construct a new Series listing the area of each of the five states mentioned above:

Now that we have this along with the population Series from above, we can use a dictionary to construct a single two-dimensional object containing this information:

Like the Series object, the DataFrame has an index attribute which gives access to the index labels:

Additionally, the DataFrame has a columns attribute which is an Index object holding the column labels:

Thus the DataFrame can be thought of as a generalization of a two-dimensional NumPy array, where both the rows and columns have a generalized index for accessing the data.

Similarly, we can think of a dataframe as a specialization of a dictionary. Where a dictionary maps a key to a value, a data frame maps a column name to a Series of column data. For example, asking for the 'area' attribute returns the Series object containing the areas we saw above:

Notice the potential point of confusion here: in a two-dimesnional NumPy array, data[0] will return the first row. For a dataframe, data['col0'] will return the first column. Because of this, it is probably better to think about dataframes as generalized dictionaries rather than generalized arrays, though both ways of looking at the situation can be useful. We’ll explore more flexible means of indexing DataFrames in Section X.X.

A Pandas DataFrame can be constructed in a variety of ways. Here we’ll give several examples:

From a single Series object

A DataFrame is a collection of series, and a single-column dataframe can be constructed from a single series:

Any list of dictionaries can be made into a dataframe. We’ll use a simple list comprehension to create some data:

Even if some keys in the dictionary are missing, Pandas will fill them in with NaN (i.e. “not a number”) values:

From a dictionary of Series objects

We saw this above, but a DataFrame can be constructed from a dictionary of Series objects works as well:

From a two-dimensional NumPy array

Given a two-dimensional array of data, we can create a dataframe with any specified column and index names. If left out, an integer index will be used for each.

From a numpy structured array

Above we saw that both the Series and DataFrame contain an explicit index which lets you reference and modify data. This Index object is an interesting structure in itself, and it can be thought of either as an immutable array or as an ordered set. Those views have some interesting consequences in the operations available on Index objects. As a simple example, let’s construct an index from a list of integers:

The index in many ways operates like an array. For example, we can use standard Python indexing notation to to retrieve values or slices:

Index objects also have many of the attributes familiar from NumPy arrays:

One difference between Index objects and NumPy arrays is that indices are immutable: that is, they cannot be modified via the normal means:

This immutability makes it safter to share indices between multiple dataframes and arrays, without the potential for nasty side-effects from inadvertent index modification.

Pandas objects are designed to facilitate operations such as joins across datasets, which depend on many aspects of set arithmetic. Recall that Python has a built-in set object, which we explored in section X.X. The Index object follows many of the conventions of this built-in set object, so that unions, intersections, differences, and other combinations can be computed in a familiar way:

These operations may also be accessed via object methods, e.g. indA.intersection(indB). For more information on the variety of set operations implemented in Python, see section X.X. Nearly every syntax listed there, with the exception of operations which modify the set, can also be performed on Index objects.

Above we saw the basics of the Series, DataFrame, and Index objects, which form the foundation of data-oriented computing with Pandas. We saw how they are similar to and different from other Python data structures, and how they can be created from scratch from these more familiar objects. Through this chapter, we’ll go more into more detail about creation of these structures (including very useful interfaces for creating them from various file types) and manipulating data within these structures. Just as understanding the effective use of NumPy arrays is fundamental to effective numerical computing in Python, understanding the effective use of Pandas structures is fundamental to the data munging required for data science in Python.