Signals from the O’Reilly 2015 Solid Conference

Insight and analysis on the Internet of Things and the new hardware movement. 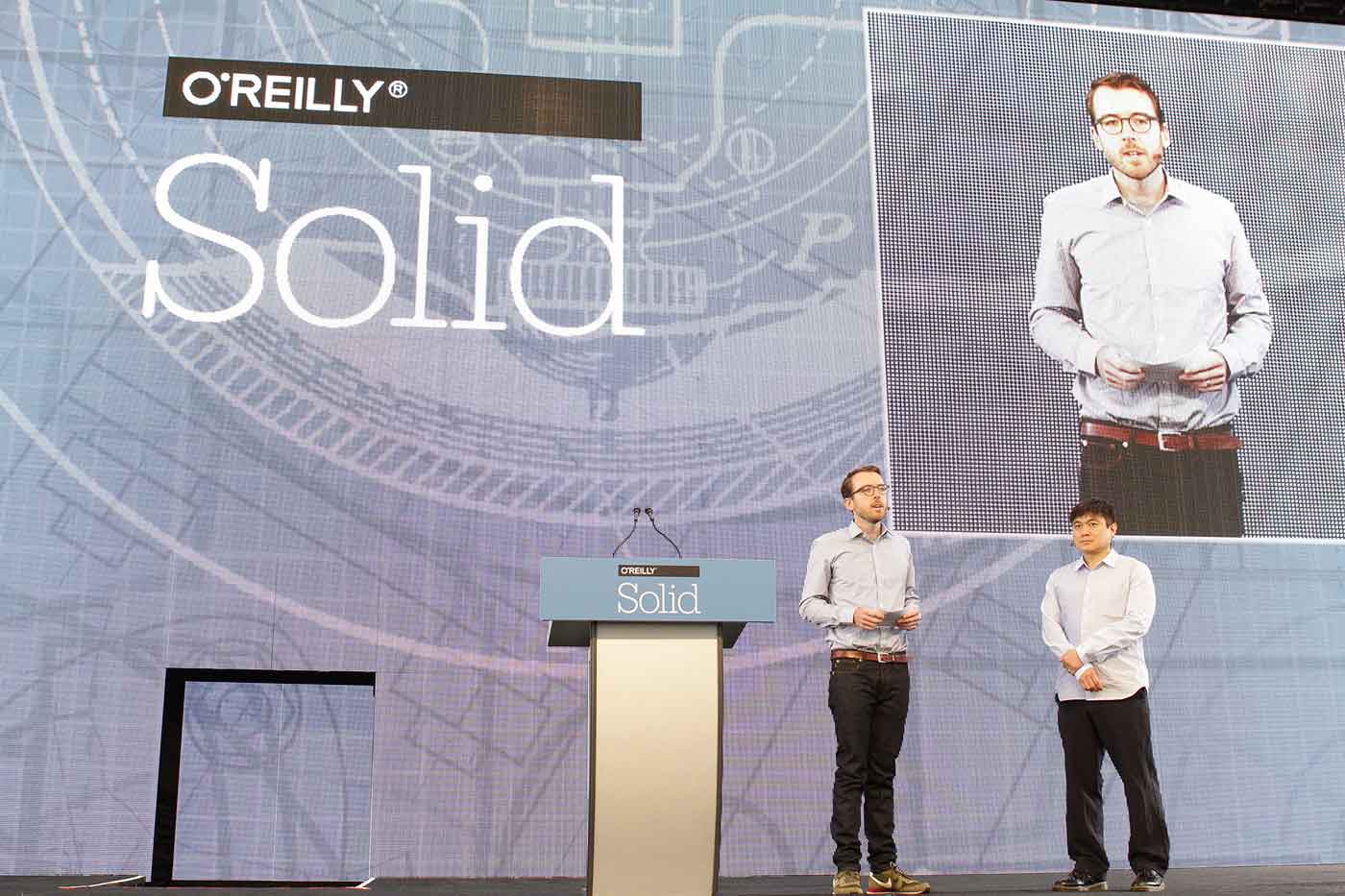 Practitioners, entrepreneurs, academics, and analysts came together in San Francisco this week to discuss the Internet of Things and the new hardware movement at the O’Reilly 2015 Solid Conference. Below we’ve assembled notable keynotes and interviews from the event.

Lock in, lock out: DRM in the real world

Author and activist Cory Doctorow uses his Solid keynote to passionately explain how computers are already entwined in our lives and our bodies, which means laws that support lock-in are much more than inconveniences. Doctorow also discusses Apollo 1201, a project from the Electronic Frontier Foundation that aims to eradicate digital rights management (DRM).

Bio is the new digital

Joi Ito, director of the MIT Media Lab and O’Reilly Solid Conference co-chair, says the pieces are in place for biology to grow exponentially in the coming years. In this keynote, Ito highlights advances that are catalyzing the bio space. Case in point: In 2003 it cost billions of dollars to sequence the human genome. Now, we have $1,000 handheld gene encoders.

The common objects that surround us are transformed when they’re enhanced with sensors, data, feedback, and mobile applications. But making a thing smart and making it useful are two different things. Robert Brunner, founder and partner at Ammunition, reveals the lessons he’s learned developing connected products that seek to make life better for the people who use them. “If you’re redesigning an everyday thing, make it a better thing,” he says.

Kickstarter co-founder and CEO Yancey Strickler discusses Kickstarter’s relationship with hardware projects, and how the service has adapted its policies to create a sustainable environment for creators.

What happens when cameras are ubiquitous and photos are actionable?

We’re at a point where sharing a photo on a social network is nearly as common as taking a photo. David Rose, CEO of Ditto and an instructor at the MIT Media Lab, looks at what can happen after we share. Take those billions and billions of photos, structure them, make them actionable, and he says we’ll soon be “interrogating the world through this new layer of information that’s made possible by all of these photos and all of these photos shared on social media.”

A factory pops up in Solid’s expo hall

How upstart hardware companies can compete

The climate for hardware startups is hard. To compete, Other Machine Co. CEO Daniel Applestone says companies need to strive for a level of customization and connection that truly serves customers. “Something can feel wonderful when you put it on, but when you know who made it for you it feels personal,” Applestone says.

You can see more keynotes and interviews in the O’Reilly 2015 Solid Conference playlist.