A survey of important updates and changes in Java 7. 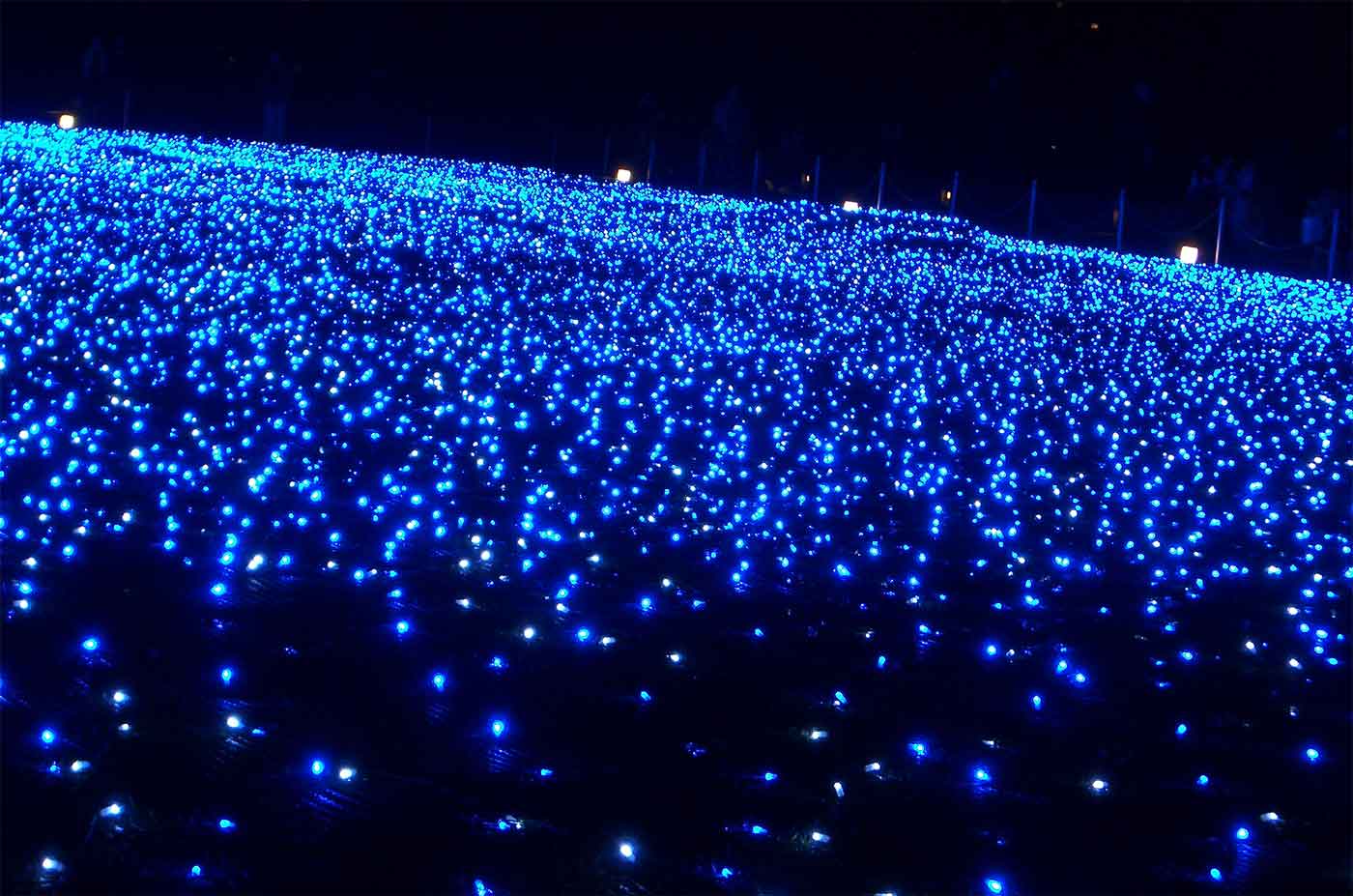 Hone your Java skills with the Mastering Java Learning Path.

There are a number of features in Java 7 that will please developers. Things such as strings in switch statements, multi-catch exception handling, try-with-resource statements, the new File System API, extensions of the JVM, support for dynamically-typed languages, the fork and join framework for task parallelism, and a few others will certainly be embraced by the community.

Below I outline the features and provide examples where appropriate. A zip file containing code snippets used in this post can be downloaded here.

Java 7 includes a few new language features via Project Coin. These features are quite handy for a developer.

You may have noted on many occasions your IDE complaining of types when working with Generics. For example, if we have to declare a map of trades using Generics, we write the code as follows:

The not-so-nice thing about this declaration is that we must declare the types on both the sides, although the right-hand side seems a bit redundant. Can the compiler infer the types by looking at the left-hand-side declaration? Not unless you’re using Java 7. In 7, it’s written like this:

How cool is that? You don’t have to type the whole list of types for the instantiation. Instead you use the symbol, which is called diamond operator. Note that while not declaring the diamond operator is legal, as trades = new TreeMap (), it will make the compiler generate a couple of type-safety warnings.

Say we have a requirement to process a Trade based on its status. Until now we used to do this by using if-else statements.

This method of working on strings is crude. In Java 7, we can improve the program by utilizing the enhanced Switch statement, which takes a String type as an argument.

In the above program, the status field is always compared against the case label by using the String.equals() method.

Resources such as Connections, Files, Input/OutStreams, etc. should be closed manually by the developer by writing bog-standard code. Usually we use a try-finally block to close the respective resources. See the current practice of creating a resource, using it and finally closing it:

However, Java 7 has introduced another cool feature to manage the resources automatically. It is simple in operation, too. All we have to do is declare the resources in the try as follows:

The above method with the old try can finally can be re-written using this new feature as shown below:

The above code also represents another aspect of this feature: working with multiple resources. The FileOutputStream and DataOutputStream resources are enclosed in the try statement one after the other, each one separated by a semicolon (;) separator. We do not have to nullify or close the streams manually, as they are closed automatically once the control exists the try block.

Behind the scenes, the resources that should be auto closed must implement java.lang.AutoCloseable interface.

Any resource that implements AutoCloseble interface can be a candidate for automatic resource management. The AutoCloseable is the parent of java.io.Closeable interface and has just one method close() that would be called by the JVM when the control comes out of the try block.

Numerical literals are definitely eye strainers. I am sure you would start counting the zeroes like me if you’ve been given a number with, say, ten zeros. It’s quite error prone and cumbersome to identify a literal if it’s a million or a billion unless you count the places from right to left. Not anymore. Java 7 introduced underscores in identifying the places. For example, you can declare 1000 as shown below:

Note that binary literals are also introduced in this release too — for example “0b1” — so developers don’t have to convert them to hexadecimals any more.

There are a couple of improvements in the exception handling area. Java 7 introduced multi-catch functionality to catch multiple exception types using a single catch block.

Let’s say you have a method that throws three exceptions. In the current state, you would deal them individually as shown in below:

Catching an endless number of exceptions one after the other in a catch block looks cluttered. And I have seen code that catches a dozen exceptions, too. This is incredibly inefficient and error prone. Java 7 has brought in a new language change to address this ugly duckling. See the improved version of the method oldMultiCatch method below:

The multiple exceptions are caught in one catch block by using a ‘|’ operator. This way, you do not have to write dozens of exception catches. However, if you have bunch of exceptions that belong to different types, then you could use “multi multi-catch” blocks too. The following snippet illustrates this:

In the above case, the ExceptionTwo and ExceptionThree belong to a different hierarchy, so you would want to handle them differently but with a single catch block.

Those who worked with Java IO may still remember the headaches that framework caused. It was never easy to work seamlessly across operating systems or multi-file systems. There were methods such as delete or rename that behaved unexpected in most cases. Working with symbolic links was another issue. In an essence, the API needed an overhaul.

With the intention of solving the above problems with Java IO, Java 7 introduced an overhauled and in many cases new API.

The NIO 2.0 has come forward with many enhancements. It’s also introduced new classes to ease the life of a developer when working with multiple file systems.

A new java.nio.file package consists of classes and interfaces such as Path, Paths, FileSystem, FileSystems and others.

A Path is simply a reference to a file path. It is the equivalent (and with more features) to java.io.File. The following snippet shows how to obtain a path reference to the “temp” folder:

The console output would be:

Deleting a file or directory is as simple as invoking a delete method on Files (note the plural) class. The Files class exposes two delete methods, one that throws NoSuchFileException and the other that does not.

The following delete method invocation throws NoSuchFileException, so you have to handle it:

Where as Files.deleteIfExists(path) does not throw exception (as expected) if the file/directory does not exist.

You can use other utility methods such as Files.copy(..) and Files.move(..) to act on a file system efficiently. Similarly, use the createSymbolicLink(..) method to create symbolic links using your code.

One of my favorite improvements in the JDK 7 release is the addition of File Change Notifications. This has been a long-awaited feature that’s finally carved into NIO 2.0. The WatchService API lets you receive notification events upon changes to the subject (directory or file).

The steps involved in implementing the API are:

Let’s follow this via an example. We create a DirPolice Java program whose responsibility is to police a particular directory. The steps are provided below:

2. Obtain a path reference to your watchable directory. I suggest you parameterize this directory so you don’t hard code the file name.

3. The next step is to register the directory with the WatchService for all types of events:

These are java.nio.file.StandardWatchEventKinds event types

4. Initiate the infinite loop and start taking the events:

5. Run through the events on the key:

For example, if you modify or delete the temp directory, you would see statement as shown below on the console respectively:

The relevant methods of the DirPolice source code are posted below (download the full source code):

The effective use of parallel cores in a Java program has always been a challenge. There were few home-grown frameworks that would distribute the work across multiple cores and then join them to return the result set. Java 7 has incorporated this feature as a Fork and Join framework.

Basically the Fork-Join breaks the task at hand into mini-tasks until the mini-task is simple enough that it can be solved without further breakups. It’s like a divide-and-conquer algorithm. One important concept to note in this framework is that ideally no worker thread is idle. They implement a work-stealing algorithm in that idle workers “steal” the work from those workers who are busy.

The core classes supporting the Fork-Join mechanism are ForkJoinPool and ForkJoinTask. The ForkJoinPool is basically a specialized implementation of ExecutorService implementing the work-stealing algorithm we talked about above.

We create an instance of ForkJoinPool by providing the target parallelism level — the number of processors as shown below:

However, the default ForkJoinPool instantiation would set the parallelism level equal to the same number obtained as above.

The problem that needs to be solved is coded in a ForkJoinTask. However, there are two implementations of this class out of the box: the RecursiveAction and RecursiveTask. The only difference between these two classes is that the former one does not return a value while the latter returns an object of specified type.

You have to override the compute method where in you need to provide the computing functionality. Now, provide this ForkJoinTask to the Executor by calling invoke method on the ForkJoinPool:

Java is a statically typed language — the type checking of the variables, methods and return values is performed at compile time. The JVM executes this strongly-typed bytecode at runtime without having to worry about finding the type information.

There is an increasing pressure on Java folks improvise running the dynamic languages efficiently. Although it is possible to run these languages on a JVM (using Reflection), it’s not without constraints and restrictions.

In Java 7, a new feature called invokedynamic was introduced. This makes VM changes to incorporate non-Java language requirements. A new package, java.lang.invoke, consisting of classes such as MethodHandle, CallSite and others, has been created to extend the support of dynamic languages.

As we’ve covered, Java 7 has a few bells and whistles that should put smiles on developers’ faces, and the open-source collaboration and support for dynamic languages via JVM extensions should also be well received by those outside the Java community.