Monty Python and the dawn of Internet marketing

The serendipitous story of what may have been the first marketing done on the Internet. 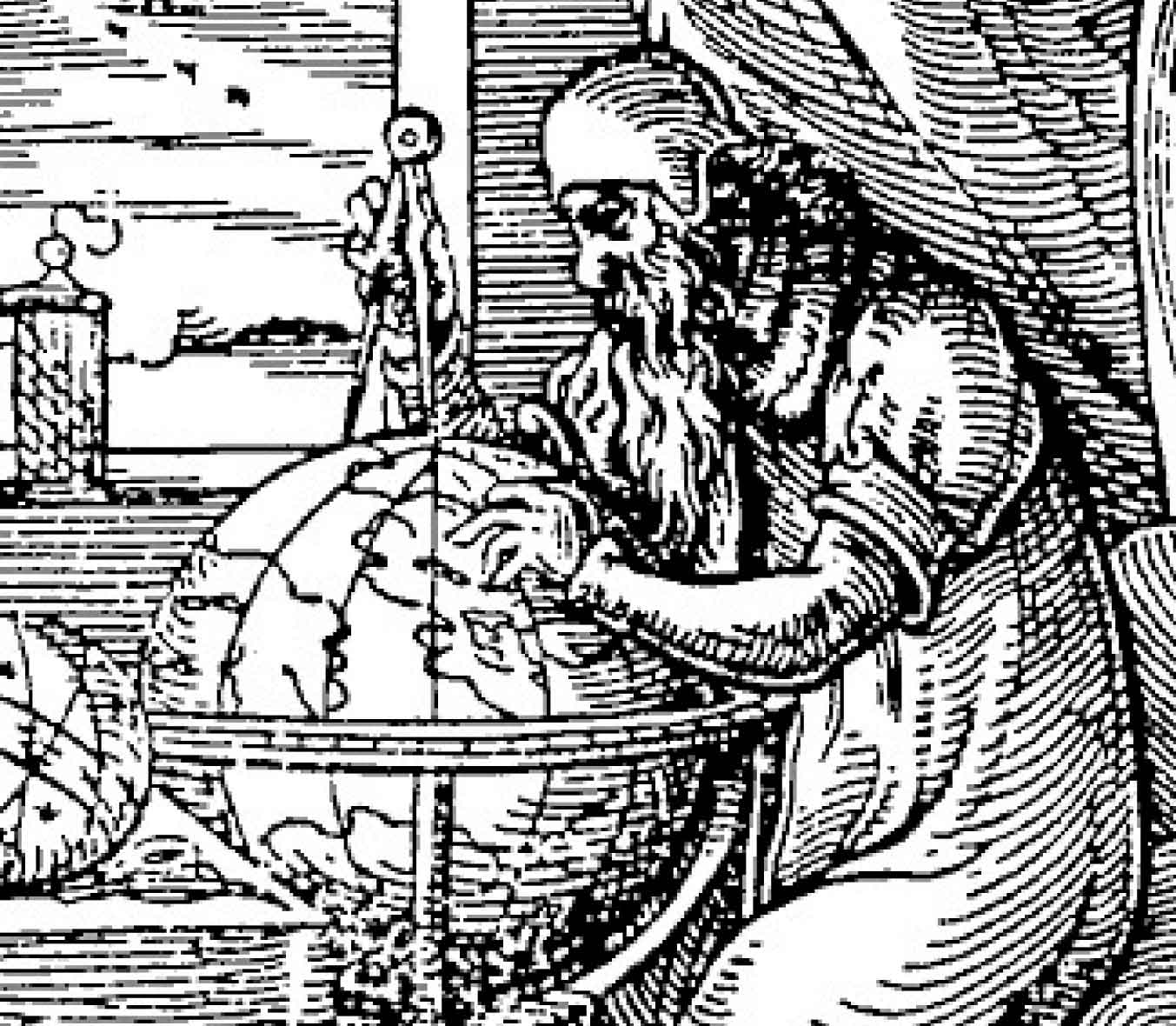 “So, what’s this Internet thing?” I asked in 1992. I had just joined technical publishing company O’Reilly & Associates (today O’Reilly Media) after having spent years doing grassroots organizing and media relations work at the environmental group Sierra Club. There, as a streamlined non-profit, we felt fortunate to have electricity, much less a desk. About the Internet, I knew and had heard nothing. Zero. Nada. Zip.

I was informed it was this private government-backed communications backbone where about three million mostly scientists shared information almost at the speed of light. O’Reilly, being a technical publisher, had access to the Internet and used it to communicate between its West and East Coast offices. So, I sat down before my X Window System terminal, which was about the size of a college dorm room refrigerator, to do some exploring.

As expected, I discovered climate scientists discussing climate and computer programmers discussing programming. But then I found it: the Internet’s early evidence that buried somewhere deep within these three million scientists was an eighth-grade student struggling to break out. I discovered the Monty Python forum. There these august Ph.D.s shared full Monty Python riffs:

“It’s not pining, it’s passed on! This parrot is no more! It has ceased to be! It’s expired and gone to meet its maker! This is a late parrot! It’s a stiff! Bereft of life, it rests in peace! If you hadn’t nailed it to the perch, it would be pushing up the daisies! It’s rung down the curtain and joined the choir invisible. This is an ex-parrot!”

It was heaven online.

“I cut down trees, I skip and jump, I like to press wild flowers. I put on women’s clothing and hang around in bars.”

Page after page after page of literal transcriptions from Python’s TV show and movies. No images or video, of course, as this was well before the Web. One single spaced line of ASCII text after another of pure brilliance.

The question was, how to alert these three million people, when at that time the Internet strictly prohibited marketing of any kind. It was so strict, in fact, that any hint of marketing could get us thrown off the Internet. (At that time, spam was still solely a canned mixed meat product.) Therefore, I couldn’t simply enter the thousands of newsgroups and shill in my best Eric Idle voice, “Have we the book for you!” But still, three million users, all connected, none owning a manual for how to use this Internet thing. I was drooling.

Having been trained by some of the most brilliant grassroots organizers of our time, my brain immediately harkened to one of its core principles: “Be where they are.” It is difficult gathering people around a new concept or idea. It is easy integrating yourself into groups that already believe the same thing. This the Sierra Club did to reauthorize the Clean Air Act, protect the Arctic National Wildlife Refuge, and introduce the concept of Global Warming. The Sierra Club’s members and other environmentalists already had a heightened awareness of the fragility of our planet and who was assaulting its health. Even with a concept as new and overwhelming as global warming, for example, there were enough traits common to clean air, ecosystem protection, energy policy, and the like for them to quickly understand what science was revealing.

At this time, O’Reilly had hovering in the wings the first guide to the Internet, The Whole Internet User’s Guide & Catalog, written by Ed Krol of the University of Illinois, Urbana–Champaign. Having had many years of book publishing experience, I knew I could play the traditional publishing game and get the book reviewed and the author interviewed and pray that this coverage would somehow help the book find some subset of these three million users. But I sensed there was more. I knew this Internet thing was simply grassroots organizing gone electronic. I knew the end target was those three million users, who had no instructional manual for the very system they were using. And, I knew where they gathered—on the very system the book explained. To quote Monty Python’s Life of Brian:

HARRY: Hold up the sandal, as He has commanded us!

Indeed, while those who oversaw the Internet were strict, its users were a bunch of humans with a sense of humor. And, most importantly, they had organized themselves into communities that gathered not only with science, but around personal interests. Huge communities. Interconnected. Trusting. Communicating almost at the speed of light. In fact, they trusted these strangers more with whom they had but one thing in common—their expressed interest on the Internet—than they’d ever trust me, someone wanting to alert them about a new manual.

One day, our CEO, Tim O’Reilly, and I were talking in my office. I broached the challenge of figuring out how to use the Internet itself to spread the word about the book and without raising its gatekeeper’s hackles. I related to Tim how one of the key principles of grassroots organizing is to identify one passionate person, one person who would organize other like-minded local people. Then, like a puzzle, these loose coalitions of passionate people connect and, in time, can overwhelm even the best-funded and seemingly overpowering opposition. I asked, “Is there an appropriate way I can identify the organizer of each of these online newsgroups?”

“That’s simple,” he said. He jumped into my chair, opened and scrolled through a randomly selected newsgroup, and proclaimed, “There he is!”

What I, in environmentalist terms, labeled an organizer, Tim had identified as the newsgroup’s moderator. “These newsgroups had to start from somewhere,” he said. “They weren’t ordained by the government. The Internet itself is neutral. Anyone who can find enough followers can be the moderator and start a new newsgroup. They are your organizers.”

Again, I drooled. We had cracked the code. Here was the pathway to spreading the word about Ed’s book but without triggering the gatekeeper’s ire. Plus, these moderators were more than likely the most trusted person on these newsgroups, the authority figure.

Tim headed out. I took my seat, cracked my knuckles, and selected my first newsgroup to approach. Scrolling through the postings I identified its moderator and his email address. Then, going offline to send him a personal email, I was about to contact him when it dawned on me that I had no idea what I could offer. I couldn’t just say, “We have a book coming…someday…soon…I hope.”

You see, Ed’s book had been on the publishing schedule for some time. At that time, O’Reilly’s bread and butter were manuals for how to use the UNIX operating system and X Windows System. Big, thick, dense, highly technical manuals. Ed’s book really was the first book O’Reilly had ever published that had consumer cross-over appeal. The problem was that the book had been delayed several times while editorial, design, and production fleshed out the catalog portion of the book, which consisted of “Resources On the Internet,” such as “Centre International de Rencontres Mathematiques Bibliography,” “NASA Mid-Continent Technology Transfer Center,” and, of course, “Monty Python.” And, because of these delays, another publisher’s guide to the Internet would physically hit the market first, thus undermining Ed’s book’s position as being the first guide to the Internet. (Thus, breaking another one of my beliefs: being first often beats being best.)

I approached Tim with a unique proposition. I argued that it would be in our best interest if we printed up 100 copies of the book as unbound 500-page manuscripts. This way, I said, I could send out the manuscripts now, thus perceptually beating our competition to market. Tim, as was almost always his practice as an ideas gunslinger, said go for it.

Thus armed with content, I spent days emailing newsgroup moderators individually, alerting them that their group was going to be featured in our book and asking if I could send them a “better than a finished book” early manuscript copy. One hundred percent of them said yes and were thrilled to have their group featured in our book. For them it was a personal affirmation. I included a cover letter with every manuscript copy thanking them for letting us feature their newsgroup in the book. I then asked for their help in spreading the word about this, the “first guide to the Internet,” to their followers and elsewhere. I also alerted the traditional technology media.

This whole campaign aligned with my grassroots training. Identify passionate people who have gathered other like-minded people around them. Give them something of value. And then, ask for their help in spreading the word.

Within days of these manuscript copies being sent (the boxes from the printer filled my office) reviews of the book started appearing in newsgroups and trickling into mainstream technology media. And every one of them enthusiastically reported that this was the first guide to the Internet, even though Ed’s book would not physically be available as a finished book for weeks after our competitor’s.

This concept of finding “pools of like-minded people” is at the heart of all of the marketing I do still. Think on it: what do social networking, newspapers, magazines, websites, tradeshows really offer? Yes, they offer content. But from a business perspective, they exist because they’ve gathered audiences around themselves (e.g. sports lovers around sports magazines, attendees around tradeshows, every demographic and interest around Facebook) and charge us for the right to communicate with their people. From my ideology, that’s expensive, and there’d better be a damned good reason for that marketing expenditure.

I always begin a campaign with guerilla marketing based upon the idea that humans gather in communities large and small around leaders and common interests. Who are the gatekeepers of those communities? What do they want that I have? Can I, at a human level, create a connection so trusting that they don’t consider me to be a vendor or a flack, but as Brian, someone who sincerely believes he has something (a product, a person, an idea) that will interest them and their followers? They are free to ignore me or to say “no.” They maintain their power. Where we connect is at the level of human trust and that I may have something that interests them. I can send it to them, and they can still ignore it. It’s their choice, their power. But in the hope that it will resonate with them, I always ask if they would be willing to let other people know about its existence. Thus, the geometric marketing game of two becoming four, becoming 16, and so on, commences.

Even though Ed’s book wasn’t the first printed and bound Internet guide to hit the market, it was by far the best, and at least 100 unbound copies were in circulation before any other bound book. The Whole Internet User’s Guide & Catalog went on to sell more than a million copies and to be selected by the New York Public Library as one of the most significant books of the 20th century. What is little known is that it was the inspiration behind what may have been the first marketing done on the Internet.

Those of us at that moment knew we were in uncharted territory. Or, to end where we began, by quoting that great English philosopher M. Python (1969-2015), we knew we were onto “something completely different.”