A look inside the research and development of synthetic insulin by a team working out of Counter Culture Labs in Oakland, CA. 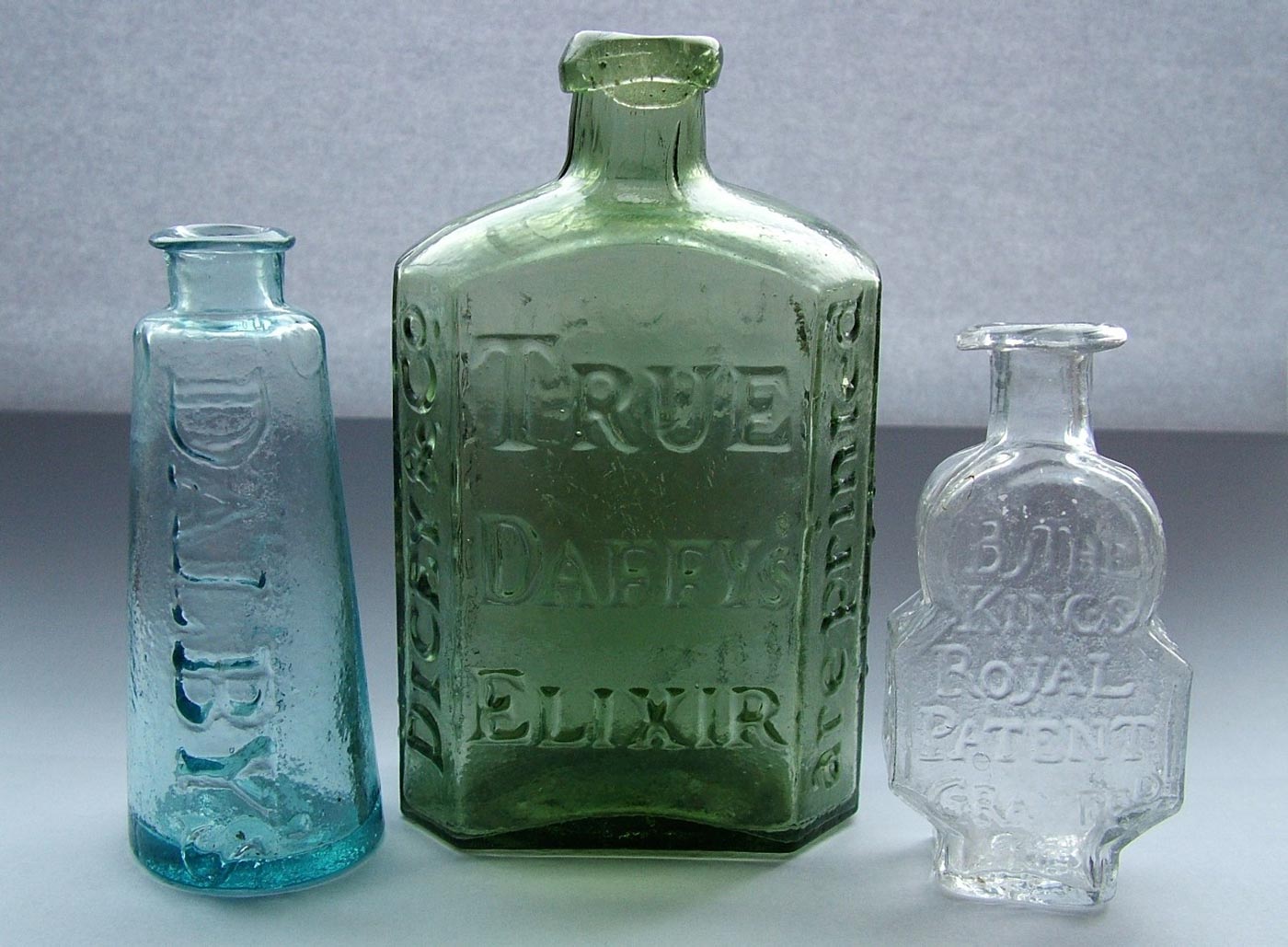 In last year’s BioCoder, I wrote in “Superseding Institutions in Science and Medicine” about possible avenues for biohackers to address shortcomings in the state of diabetes treatment as well as broader problems. Today, I’m pleased to be able to report some progress on one front: at Counter Culture Labs in Oakland, we’ve started a project to make open-source insulin. Progress in synthetic biology during the 40-odd years since the first industrial protocols were developed means we have new possibilities to pursue to make a new synthesis protocol that’s simpler, faster, cheaper, and hopefully better suited to use both in further biohacking and generic production.

Insulin is a bit strange.

Isaac Yonemoto, who spends most of his time working on a promising new cancer treatment in Project Marilyn, advised us on the biochemistry of insulin and strategies we might pursue to make it, which was one of the key events that made the project possible. The short version of the story is this: the active, final form of insulin comes from cutting and folding the proinsulin protein. Proinsulin consists of three chains, by convention called A, B, and C. The C chain must be cut out, and the A and B chains brought together to form disulfide bonds, to produce active insulin. (The C chain is also known as “C peptide,” which may or may not have a biological function. Its presence is used as a test for endogenous production of insulin in diagnosing cases of Type 1 diabetes: no C peptide is a sure sign the body isn’t producing insulin.) Insulin is unusually small, and the steps the body uses to accomplish this cutting and folding are complex, so our job is to find simpler steps that still do the job, and means of assaying our product and purifying it that defy challenges related to the small size and other unusual features of insulin.

The main method we’re pursuing to make insulin is what Isaac originally called a “semi-chemical Nordisk strategy” because we’re producing both insulin peptides from a single artificial proinsulin protein like the manufacturer Nordisk, and “semi-chemical” because we’re planning to try a palladium catalyst to make one of the necessary cuts. Starting with a modified proinsulin that contains the A and B chains with custom linkers, we’ll use enterokinase, a protease, to cut the two chains apart, and remove a tag that contains residues for UV visualization (so we can detect the insulin, which is difficult to accomplish without any modifications) and the residues for purification (histidines to bind in a nickel column). Then, the palladium(II) reaction will clean up some straggling residues on the end of our B chain. Normally, this would be the point where some very finicky reaction conditions would have to be engineered to get the A and B chains to come together in just the right configuration that their cysteine residues form disulfide bonds to hold the insulin together in the correct configuration of its final form. (There are 76 possibilities, but only one correct one. Fortunately, the correct one is thermodynamically favored, but the range of conditions where it’s strongly favored is quite narrow.) But in our protocol, this will be the final step, since (with luck) our linker will have already catalyzed the correct disulfide bonding in the proinsulin form. It’s a much simpler process than both what the body does and any of the variety of techniques that are presently used for industrial production.

Looking to the Future

What will we do with our new protocol after putting in the years of hard work to develop it? First, there’s a grave need for generic insulin, and we’d like to hand our work off to a generic manufacturer as a basis for simple and inexpensive insulin production. Second, we hope that by expressing, cutting, folding, and purifying a biologic, and documenting everything along the way, we can provide both inspiration and technical knowledge to enable more biohacking on insulin and other biologics. Different variants of insulin have been developed that are faster-acting or slower-acting than the wild-type human form is when injected subcutaneously, and these modified forms are mainstays of current treatment regimes. As an initial step beyond making human insulin, we’d like to look into the small changes needed to make those. Beyond that, academic research has yielded some truly remarkable variations on insulin, like a highly temperature-stable variant suitable for long-term use in an implanted insulin pump. Such a variant might also vastly simplify supply-chain issues in regions of the world that lack good roads and economical refrigerated transportation infrastructure and provide insulin to the diabetics in those regions who go without and suffer the terrible consequences. My personal favorite is a version that builds a little glucose-shaped hole right into the insulin so that the molecule itself can sense the glucose concentration around it and adjust its activity accordingly, accomplishing at the scale of an individual molecule the work that entire pancreatic cells normally do to keep blood glucose concentrations stable. Either one would be a significant leap forward. Envisioning the new treatments these insulin variants would enable, I can foresee developments that I would count as a cure, or most of one. A long-term implanted insulin pump, sensing glucose concentrations from within the body, where it’s easiest to measure concentrations, and releasing insulin there, where it enters circulation much like it does in the natural case, is the cyborg option. It exists to some extent already but remains impractical for most. The glucose-sensing insulin molecule is the nanotech option: the entire feedback control loop for managing one of the most important aspects of animal metabolism, in the space of a few atoms! In any case, I’ve seen academic research give so many mice so many different kinds of most of a cure that I’ve gotten quite impatient for most of a cure of my own!

Unfortunately, many people with diabetes can’t even afford the therapies that have existed for almost 100 years. There are about 387 million people worldwide living with diabetes, and those living in the poorer communities and regions of the world are often going without treatment. Jeremy A. Greene and Kevin R. Riggs discuss the details in their March 2015 article in the New England Journal of Medicine. As a result, they suffer complications, including blindness, cardiovascular disease, amputations, nerve and kidney damage, and death. Meanwhile, insulin manufacturers patent small modifications to previous insulins and withdraw those previous versions from the market to keep prices up. To us, it makes sense to align our plans with the best likelihood of contributing to serving the most urgent needs, those of people who don’t have access to any diabetes treatment at all. By going beyond current industry practice to find the least expensive protocol, we hope to enable a manufacturer to produce at the lowest possible price. It’s a gamble, but it’s one we’re well-suited to make since we’re working outside of institutions whose incentives lead them to take a more conservative approach. And it might not even be higher-risk in the end, since there are many more ways a more complex protocol can go wrong—they require more tacit knowledge that exists in the heads of the researchers rather than in the journal articles and patents they write.

I’m no more than a well-informed, curious diabetic fortunate to have Isaac and other keen minds from academia and industry guiding me and my team as we refine and execute our plans. We started a campaign on experiment.com to raise funds to do the work and have received a lot of enthusiastic and encouraging support from backers and the press.

With the money we’ve raised, we’ve been busy in the lab for the past two months working on producing the proinsulin that we’ll then go on to cut and fold. Josiah Zayner, experienced synthetic biologist and proprietor of the Open Discovery Institute, also known as the ODIN, has generously and sagely led us through several iterations of the protocol for producing the proinsulin and has helped us refine our techniques. In the protocol, we first create transgenic E. coli by transforming them with a plasmid that contains a polyhistidine-tagged proinsulin gene under a lac promoter. Then we culture the cells and induce expression, lyse them, and purify the proinsulin from the lysate in a nickel column. Finally, we run the output of the nickel column in a polyacrylamide gel and look for a band of about the right size. We’ve recently gotten preliminary evidence that we’ve successfully purified proinsulin: a thick band in the gel right where we’re expecting one. We’re now looking to make these results more reproducible before moving on to the next steps.

When you read this, we’ll still be soliciting donations on an ongoing basis on our website at openinsulin.org. And we’ll definitely be looking for help in the lab! Drop us a line, or stop by if you’re in the Bay Area!