Our future sits at the intersection of artificial intelligence and blockchain

The O'Reilly Radar Podcast: Steve Omohundro on AI, cryptocurrencies, and ensuring a safe future for humanity. 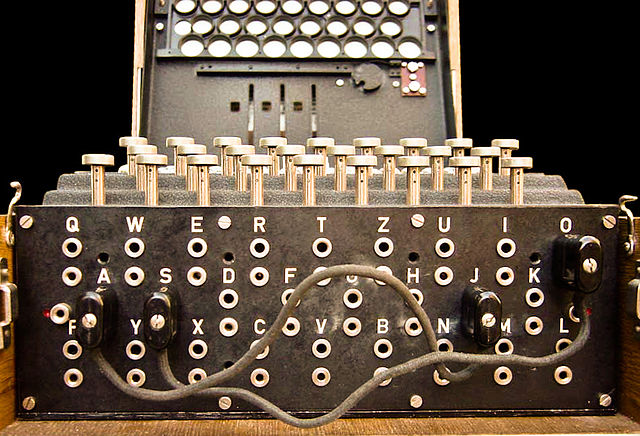 Bitcoin piqued Omohundro’s interest from the very start, but his excitement built as he started realizing the disruptive potential of the technology beyond currency — especially the potential for smart contracts. He began seeing ways the technology will intersect with artificial intelligence, the area of focus for much of his work:

I’m very excited about what’s happening with the cryptocurrencies, particularly Ethereum. I would say Ethereum is the most advanced of the smart contracting ideas, and there’s just a flurry of insights, and people are coming up every week with, ‘Oh we could use it to do this.’ We could have totally autonomous corporations running on the blockchain that copy what Uber does, but much more cheaply. It’s like, ‘Whoa what would that do?’

I think we’re in a period of exploration and excitement in that field, and it’s going to merge with the AI systems because programs running on the blockchain have to connect to the real world. You need to have sensors and actuators that are intelligent, have knowledge about the world, in order to integrate them with the smart contracts on the blockchain. I see a synthesis of AI and cryptocurrencies and crypto-technologies and smart contracts. I see them all coming together in the next couple of years.

Regulating AI with the blockchain

Omohundro spends a great deal of time thinking about how to mitigate the potential dangers of AI. In James Barrat’s book Our Final Invention, Omohundro expressed concerns about those dangers, and he noted in an interview that “we should think carefully about what values we put in or we’ll get something more along the lines of a psychopathic egoistic self-oriented entity.” Omohundro told me he thinks blockchain technology might provide at least part of a solution for avoiding a dystopian future:

I think cryptocurrency has the promise of potentially transforming every aspect of society. One of my concerns about artificial intelligence is that as intelligent systems come into society, they can provide tremendous benefits, but they could also potentially provide harm. I’ve been looking at ways to regulate and make sure that these systems are safe. Some of these technologies, like the blockchain technologies we’ve been talking about here, show the potential for being powerful enough to regulate AI systems so that they behave in good, positive ways.

To help ensure our future AI systems do more good than harm, Omohundro has founded a think-tank project called Self Aware Systems. I asked how the group was approaching the problems and what kinds of solutions they’re formulating:

The key insight was that even very simple, harmless-sounding systems — I like to use the example of something whose goal is to play chess — can give rise to harmful sub goals. In other words, if a system that plays chess can get more compute power, it can play better chess. But, unless it has some reason not to, it will have a sub goal of breaking into other computers and running itself on other machines.

The first step is to realize that, ‘Oh my goodness, something that looks like it’s harmless may actually have dangerous sub goals in it.’ Once you understand that, you can begin to design and choose the goals very, very carefully to make sure that they behave in a good way. If you look at human evolution, the human moral emotions is one example. If somebody behaves in a sociopathic way, people stop wanting to interact with them, and there’s social pressure that pushes them to behave in a more compassionate, cooperative way.

I think we need the same kinds of structures in these AI systems. It’s emerging now, so we don’t have any experience with it. Yet, it’s coming very rapidly. They’re estimating something like $50 trillion of value in the next 10 years from AI and robotics. This technology is likely to be all over our society, and we have to make sure that it behaves in positive and desirable ways.

In the second segment of this week’s Radar Podcast. O’Reilly’s Mac Slocum chats with Filament co-founder and CEO Eric Jennings about about a decentralized Internet, and the connection between bitcoin and blockchain technologies and the Internet of Things.

Spoiler alert: In next week’s Radar Podcast, I’ll take a deeper dive with Eric Jennings into the concept of a decentralized Internet, how it would work, and why it will be necessary for the IoT to work at scale.