Prepare for the rise of farm bots

To meet the challenge of producing more food with less everything, farm bots are going to be an essential part of the mix. 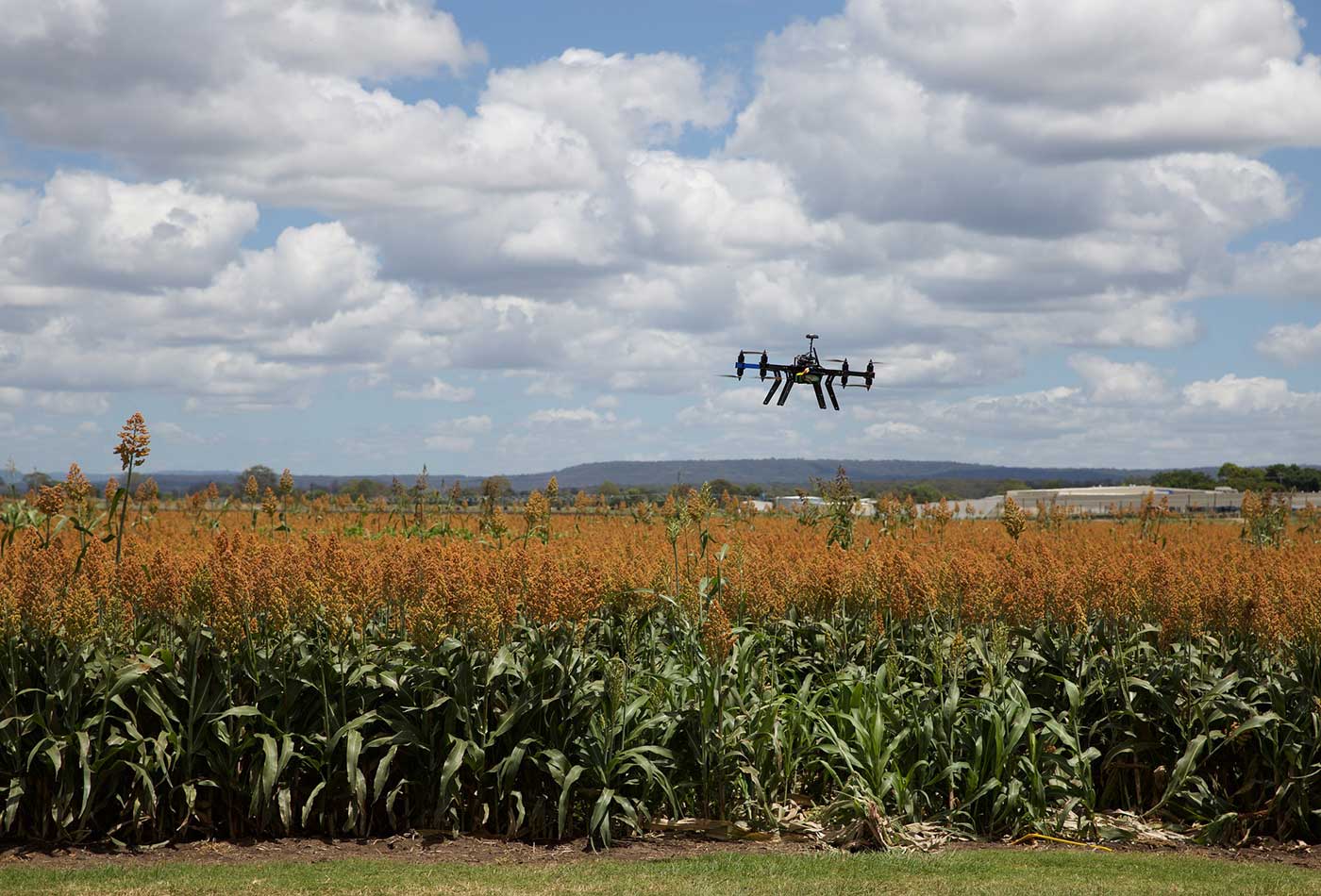 This post originally appeared on J.A. Ginsburg's blog; it is republished here with permission.

In the film Interstellar, Christopher Nolan’s time, space, and logic-bending tale of against-the-odds, post-apocalyptic survival, one the first signs that things are about take a turn for the weird is when a small fleet of autonomous tractors bereft of a functioning GPS nevertheless manage to drive themselves out of the cornfields to park next to a weatherbeaten farmhouse owned by Matthew McConaughey’s character, a pilot-turned-farmer named Cooper. There are spaceships, sardonic robots, and a very trippy journey through a black hole to the backside of a children’s bookshelf (all set to Hans Zimmer’s brilliant, unfurling score), but for me, it was the tractors that proved the most surprising and also disturbing.

Set in a dustbowl near-future when Earth’s natural capital has somehow been catastrophically squandered, there aren’t enough farmers, or enough un-blighted land, to grow enough food to feed everyone. With labor in short supply, the best fix is a tech fix: farm bots.

The good news is that we are not yet at the point where relocating somewhere off the planet is the only way to “save humanity,” but farm labor has become a serious issue, one made notably worse by the current administration’s immigration policies. The average age for farmers in the U.S. and Canada has crept up to about 60, while the percentage of people working in agriculture has dipped below 2%.

There has also been a significant loss of productive farmland, the result of urban sprawl and widespread land degradation. Meanwhile, the human population continues to grow, more than doubling over the last 50 years to nearly eight billion. To meet the challenge of producing more food with less everything, farm bots are going to be an essential part of the mix—along with practices that restore soil health while reducing the need for chemical inputs, policies that protect farmland, biotech to develop crops better able to survive the many challenges of a changing climate, and improved logistics for food storage and distribution.

Tech has always been integral to agriculture, from the first stick used to scratch a hole in the ground to plant a seed, to plows that turn the soil and scythes to harvest wheat. Modern farmers routinely use everything from satellite data, drone surveillance, and soil analysis to figure out exactly when to plant, what to water, where to spray, and how to harvest. A combine is a dazzling, giant factory on wheels. That said, knowing there is a human driving the electronics-laden, mechanical beast somehow reaffirms the proper order of things. Large, autonomous machines, on the other hand, are the stuff of nightmares (see I, Robot).

The team at Canadian agritech startup DOT, however, remains undeterred. The eponymous DOT is a u-shaped, diesel-powered, autonomous (or remote-controlled) platform that can be hooked up to all sorts of farm machinery and programmed using a Windows Surface Pro that pulls in field-specific data stored in the cloud. According to its developers, its many benefits include:

Farm bots actually come in a variety shapes and sizes:

Notably, only a few weeks after Engadget published the above video in August of 2017, John Deere bought Blue River, one of the companies profiled. Two years ago, investments in agritech topped $700 million, according to the Financial Times. That figure more than doubled in 2018, according to a report by Finistere Ventures, which invests in the sector. Although it is unclear how much of that money was specifically put into farm bot startups, whatever the number, it is growing quickly.

These are still early days. The AI that runs the bots gets a little savvier with each new data point. Sensors, cameras, and the dexterity of robot “hands” for picking and sorting produce are also improving. Diesel will eventually give way to cleaner fuels, making an industry fundamentally dependent on the environment that much eco-friendlier.

Still, I can’t wait to dig my hands in the dirt of my garden—and am about to start some seedlings in egg shells I’ve saved specially for the purpose (the shells provide a little hit of calcium). Yes the snow is falling, but spring will come and with it that marvelous of scent of a living earth.

It just wouldn’t be right to let farm bots have all the fun.