As the cost of developing new drugs rises, researchers are investigating new ways to use existing medicines 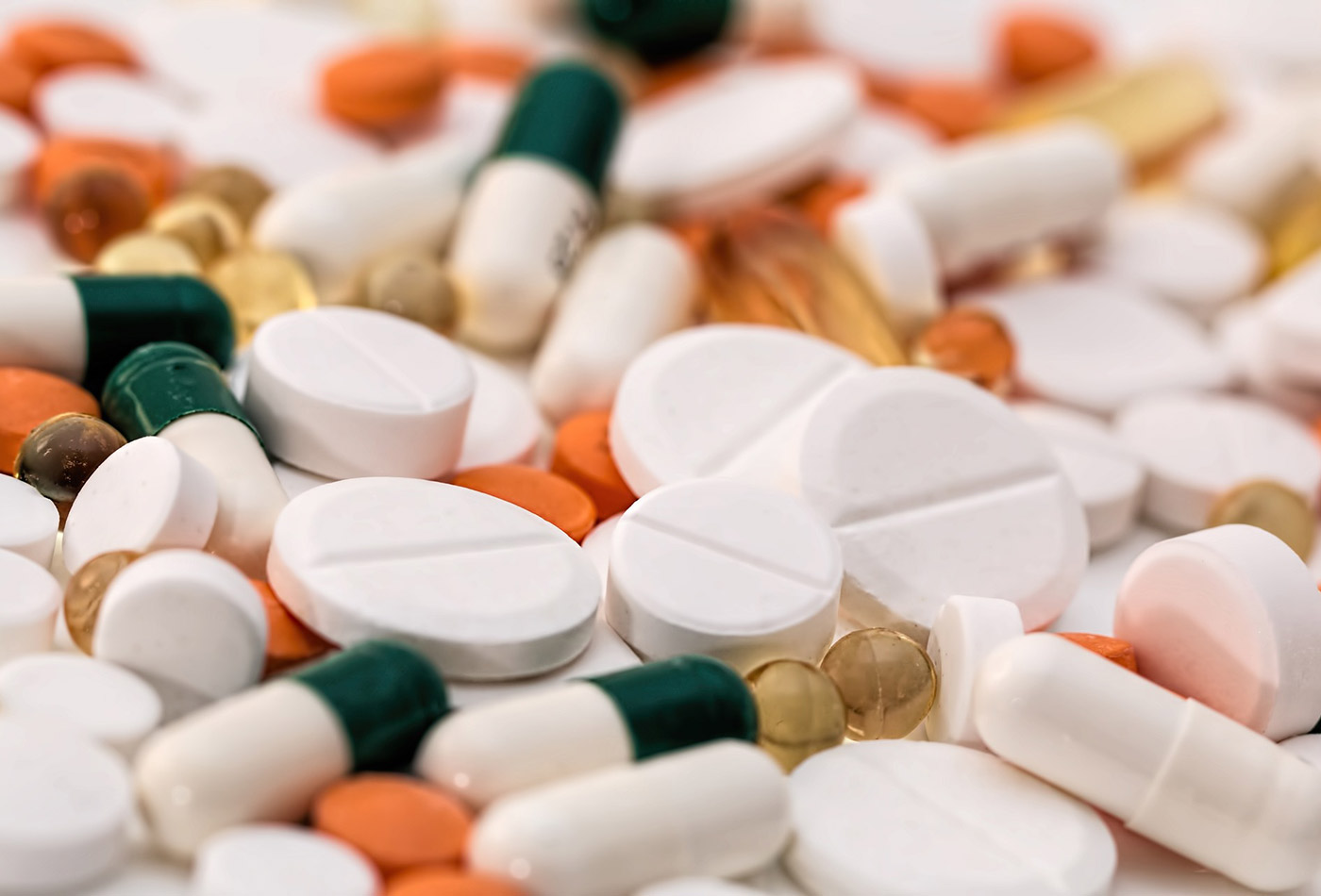 This post originally published on Biotech Connection — Bay Area; it is republished here with permission.

The Promise of Drug Repositioning

The time and money required to bring a new drug to market severely limits the number of new treatments, in part explaining the steady decline in the number of approved drugs entering use each year. The drug development process, overseen in the United States by the Food and Drug Administration (FDA), has three main stages. Candidate compounds, which are being generated in abundance by discovery science and have established mechanisms of action, safe dosages, and a pharmacokinetic profile, begin in Phase I trials. In this trial stage, the safety profile of the compound is established, usually in healthy volunteers. Promising candidates are selected for Phase II trials, which determine the effectiveness of the compound at treating a particular disease or indication in a small sample group. Positive candidates are admitted to a Phase III trial, which takes place in a larger patient population, where the efficacy of the drug and its side-effects are fully assessed.

The rate at which potential therapies emerge from this rigorous audit of safety and efficacy with FDA approval is less than 10%. This inefficiency represents an enormous cost in lost time and investment. However, 63% of candidate drugs successfully completed the Phase I (safety) trial in the last decade, representing a stockpile of candidates for repurposing.

Matching these compounds to susceptible medical conditions would save years and millions of dollars from the approval process for new therapies. Furthermore, method of use patents allow patented drugs to be patented again when a drug can be used to treat a new indication. This creates a financial incentive for companies to repurpose drugs.

Historically, locating new uses for existing drugs has been serendipitous, yet there have been notable successes. Chlorpromazine was initially developed in the 1950s as an adjunct to surgical anesthesia. Its calming effects prompted physicians to test it on psychiatric patients, leading to chlorpromazine becoming the first antipsychotic drug. In the 1980s, the reverse transcriptase inhibitor azidothymidine was on its way to being forgotten as a failed chemotherapy drug when it was repurposed as an antiretroviral to treat human immunodeficiency virus (HIV) infection. Viagra (sildenafil citrate), only minimally effective as a cardiovascular drug, has been repurposed to address erectile dysfunction, and it now generates $1.5–2 billion annually.

These examples underline the fact that very different diseases can share underlying mechanisms and symptoms, such that a drug developed for one disease can effectively treat the other. In the case of azidothymidine, for example, the capacity to inhibit the synthesis and replication of deoxyribonucleic acid (DNA) is relevant to the mechanisms underlying both tumor development and HIV replication. The rarity of drug repurposing highlights a major challenge: subdisciplines of medicine are siloed such that a compound developed for use in one field of biomedicine often remains unknown to other fields. The cases above demonstrate the potential to use existing drugs for repurposing efforts: as these compounds do not need the extensive development time, they can outpace newly developed drugs through preclinical and clinical trials to reach the clinic more quickly.

Now, systematic searches for new drug treatments are replacing fortuitous discoveries and off-label use of existing drugs. Roboticized high-throughput screening of compounds, where cell cultures can be evaluated with an automated system, are being integrated with big data approaches such as the Broad Institute’s Connectivity Map and the Library of Integrated Network-Based Cellular Signatures (LINCS) developed at Harvard and MIT. These are massive electronic catalogs of the effects of diseases and drugs on the human genome. They allow researchers to identify existing drugs and even shelved compounds which share a mechanism of action, chemical compound, or physiological process. So far, progress in the development of treatments for immune disorders (topiramate), cancer (niclosamide) and diabetes (withaferin A, celastrol), have all advanced through the application of this approach.

In addition to these publicly available academic resources, federal support for big data approaches comes from the National Center for Advancing Translational Sciences (NCATS), which focuses on collaborative work between the government, academia, industry, and nonprofit groups to translate basic research into therapies, both new and repurposed.

At its core, this combination of artificial intelligence and deep learning compares datasets and ranks how well-matched items are. For example, deep learning using Connectivity Map data identifies clusters of genes which are associated with a given disease, then matches genes to drugs that are potentially therapeutic. The true strength of this algorithm is that screening efforts are extremely fast and on a scale not possible by a human researcher.

Some research institutes are developing programs around drug repurposing. Dr. Yadong Huang, for example, is seeking treatments for neurological conditions such as Alzheimer’s disease at the newly-formed Gladstone Center for Translational Advancement. This initiative will generate a searchable library that catalogs the effects of 12,000 drugs and 3,000 natural products on gene expression in human neurons and glia from induced pluripotent stem cells (IPSCs). The goal is to identify one or more of the 15,000 screened compounds that rescues or offsets pathological gene expression of different diseases.

A number of biotechnology companies based on big data approaches to develop novel and repurposed treatments for diseases have been launched, including three in the San Francisco Bay Area: NuMedii, Verge Genomics, and Atomwise.

At Verge Genomics, artificial intelligence is being used to identify master regulators of gene networks which are dysfunctional in patients with neurological diseases. This knowledge is then employed to screen small molecules for use as potential therapies.

In just a year and a half, the company has found 22 novel targets and multiple compound hits in amyotrophic lateral sclerosis (ALS). It’s also amassed one of the largest databases of human brain data in ALS and Parkinson’s from both public and proprietary sources to power its artificial intelligence approaches. Lucia Huang, the director of finance and operations, says that the company’s artificial intelligence technology is unique in that it “integrates epigenomic, transcriptional, and functional genomic data to better formulate gene networks that can crack the most complex diseases.”

At NuMedii, similar artificial intelligence technology is being used to link existing drugs with disease states that may be treated by a drug. One of the first companies to employ this approach, NuMedii was founded in 2008 by Gini Deshpande and Atul Butte, from the University of California, San Francisco (UCSF). Their goal was to identify links between the mechanisms of inflammatory disease and the profiles of existing drugs in their database.

NuMedii has enjoyed some success. In 2013, the algorithm used by the company uncovered the possibility that tricyclic antidepressants may be an effective treatment for lung cancer. This prediction was supported in vivo using a mouse model, and subsequent experiments detailed the mechanisms underlying the ability of tricyclic antidepressants to combat certain forms of cancer.

According to Deshpande, who is CEO of NuMedii, the search for effective drugs that impact inflammation, fibrosis, and oncology is aided by the rich data available in these fields. “NuMedii doesn’t take only one approach with drug discovery,” Deshpande says. “Instead, we employ gene expression, miRNA, and genome-wide association study (GWAS) data in addition to clinical information to find and repurpose compounds.” This is fertile ground for drug repurposing. Multiple forms of information can be leveraged to support a candidate drug from multiple directions, thereby strengthening the likelihood that a drug would translate to the clinic.

Deshpande also believes that it is important to couple human intelligence with AI, both in terms of the data that is used as input into their algorithms as well as the resulting output. “The ability of AI to sift through massive amounts of data to identify patterns and shared mechanisms of action to identify drugs from disparate fields of medicine for new uses is on a scale not attainable by a human,” she says. Human intelligence, however, is still critical in guiding the search process for drugs and the eventual interpretation of results, she adds. Overall, Deshpande says, “the potential for AI to revolutionize drug discovery via repurposing represents a huge step for medicine.”

Atomwise, is similarly using deep learning neural networks to probe data on how marketed drugs, generic compounds, and abandoned unapproved drugs may be useful in other contexts. One early success is the identification of two compounds which reduce the infectivity of Ebola virus, the cause of a severe and often fatal hemorrhagic fever. The compound identified by Atomwise’s artificial intelligence program is predicted to prevent Ebola from entering cells, thereby preventing infection. Once confirmed by human trials, repurposing of these compounds could significantly aid in the effort to combat the spread of the disease. The flexibility of this big data strategy is being showcased by Atomwise stepping outside of biomedical research to tackle questions in agriculture in partnership with Monsanto.

As with all drug development projects, the success of drug repurposing is closely bound to the quality and quantity of underlying data and knowledge of the biological mechanisms. Tricyclic antidepressants are a case in point. While they have been shown to be efficacious in the treatment of lung and brain cancer, their side-effect profile indicates that they are likely to interact with existing chemotherapy drugs to produce toxic effects. Thus, the tricyclic antidepressants cannot simply be added to the treatment regimen for lung cancer. Instead, they may find a use as maintenance treatment after standard chemotherapy regimens are completed.

Many of these identified compounds, especially the Ebola treatments identified by Atomwise, will have to be tested in culture before advancing through the regulatory pipeline. Even existing approved drugs must still advance through Phase II and III trials.

The development of existing drugs for new purposes dramatically saves time and money, so it is not surprising that despite some caveats, enthusiasm for drug repurposing is rampant and well-founded. For example, a staccato of press releases about new investments in drug repurposing speaks to the growing support from venture capital firms. The successes for Bay Area startups so far include the identification of several compounds that are traveling through the approval process. Should they succeed, this validation of artificial intelligence-aided drug repurposing will further spur excitement for this innovation in drug development. New compound libraries such as the one being developed at the Gladstone Institutes, combined with the ongoing support of venture capital firms in the field, promise to turn this enthusiasm into a deeply beneficial reality.