Simon King on design at IDEO 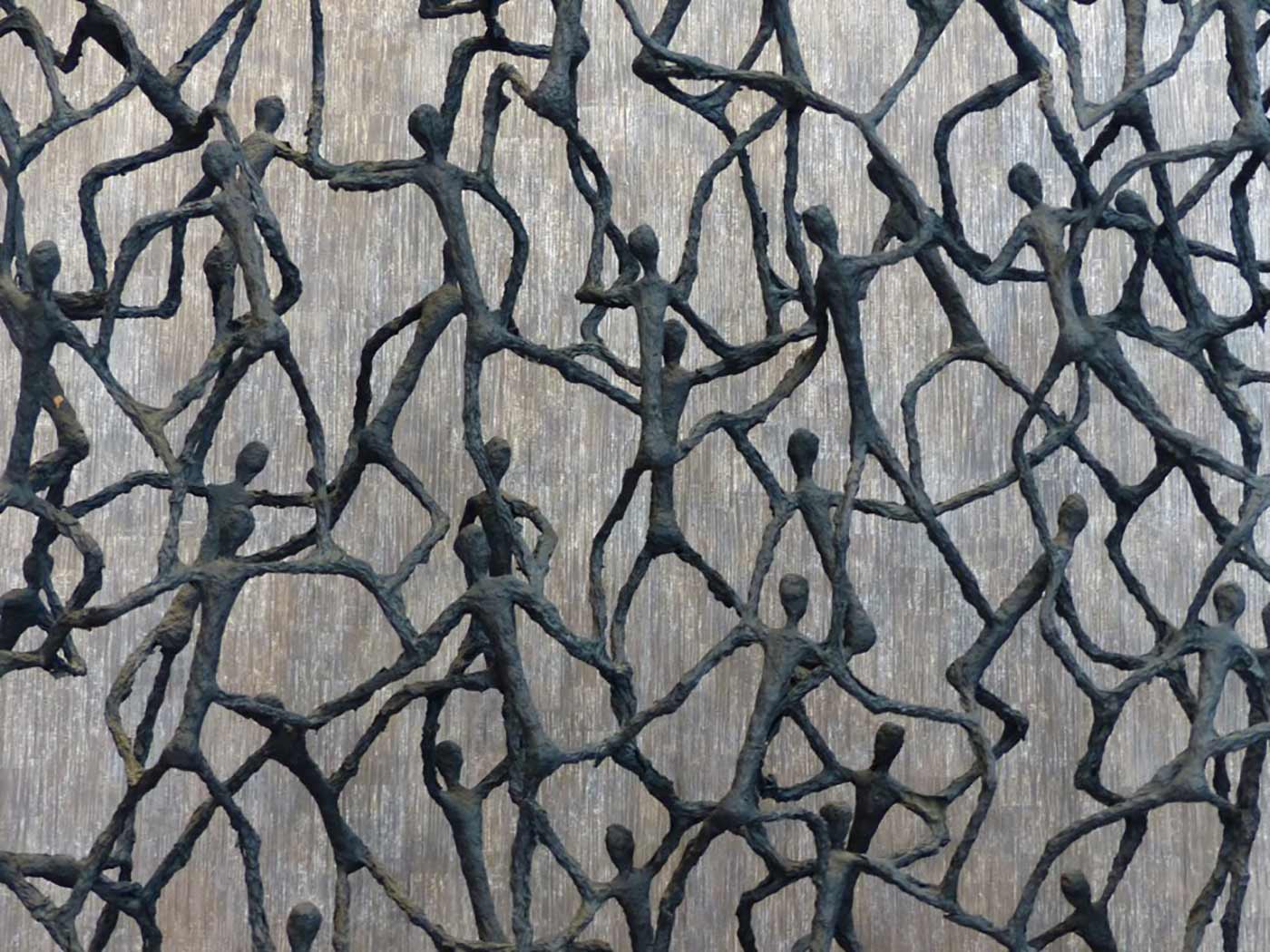 Tree of life sculpture (source: By Roman Boed on Flickr)

In this week’s Design Podcast episode, I sit down with Simon King, director of Carnegie Mellon University’s Design Center. King is the author of Understanding Industrial Design. We talk about team dynamics and culture at IDEO, extending design education to non-designers, and design’s next big challenge.

The idea is behind the Design Center is to bring design to more students across the whole campus and to create new kinds of research opportunities to work with organizations from outside of the university as well. There’s really two levels to think about the designer shortage, and one is what I’m trying to do with the Design Center: increasing the overlap with design that many people might have, where there’s this idea that you’re able to hire someone who’s design savvy, or design literate, or can bring some of the tools of design to their core discipline. That helps, but the bottleneck of ‘there just aren’t enough really skilled designers coming out of master’s programs and that are true experts’—I don’t have a good solution to that. I look at it and I think, ‘design is something you have to learn by doing. You have to build up this set of experiences over time, and it just takes time.’ There’s no silver bullet in terms of meeting the increasing demand.

Combining it with formal education might be more about a bigger mindset shift and not as much about specific skill building. Another approach is something we’re seeing at CMU, where there’s now a variety of programs. At the master’s level in the School of Design, there’s now options for students that are one year in length, or two years in length, or if they didn’t come in with a design background previously, potentially up to three years in length. It used to be there was just a two-year master’s program. I think that universities are recognizing the need for flexibility there, so that, depending on people’s goals or the time commitment that they’re willing to put in, there’s options for them.

The great thing about IDEO is the range of projects I was able to be involved in—and the range of industries. That’s truly the value of a place like IDEO: the mix of experiences I had. I think there’s a lot of learning to just seeing the patterns across those industries, seeing how much organizations play a role in the ultimate success of a project, and understanding that it’s sometimes frustrating how we’re able to work with or integrate with an organization as an outside party or not.

The other big takeaway is the power of teams and the team structure that was at IDEO. There’s very autonomous teams that are working full-time on a single project, that ability to really dive deep and be given the autonomy to come up with unexpected process or ideas. It wasn’t a formula; we restructured at the beginning of each project, and that was really powerful. It would vary depending on the context or the project, but typically, it was three to four people in terms of size. Everybody would be from a different discipline, though increasingly, and I think this was really valuable in the final years I was there, there would often be people from the same discipline paired up on a project. If it was a more complex project, it would be two interaction designers, might be two industrial designers in the mix. That’s something that, at the time and now, I reflect on as something that is really valuable—for those people to build on each other’s ideas or to provide that in team mentoring. I was playing a role of an outside guide or mentor a lot, coming in at various times throughout a project, but there’s a lot of value in having that built into the team itself and thinking about how each person on the team might support the others.

It comes down to how you can work with others. If you’re somebody who is able to contribute ideas in a broad way and be passionate about them but not protective of them, to where it’s this concept of ‘strong ideas, loosely held,’ of being able to be excited but also take input and push back. That’s one of the things IDEO rewards—that attitude and being open to input from anybody. A number of times I’ve seen an intern have an idea that’s respected by everyone just as much as a director, and that’s great. That’s a great environment to be in, but you have to also feel okay with your idea being questioned or pushed back against, by anybody. I think that openness to input and ambiguity around, “Whose idea was this?”—you have to be comfortable with that and embrace that.

Design’s next set of challenges

Design is always running into new challenges. I think it’s at two levels, because there’s always the challenges of ever-changing technology that we just don’t know how to design for. That becomes a very specific, tactical challenge, whether designing with real data when it’s a personalization model that’s so complex you don’t know what’s going to actually show up, or designing with artificial intelligence, where you’re not able to specify a real, “If this happens, then make that happen.” So, how can you ensure that it’s a good experience? There’s things like virtual reality and augmented reality that people are only beginning to grapple with and thinking, that’s just this never-ending cycle, which I think is fine.

In some ways, those are the small challenges because the other side of it is that design is being embraced by all kinds of organizations that traditionally haven’t embraced design, and people are trying to bring design to spaces like health care, and education, and equality, and government services. They have these lofty goals for what design can impact, and the big challenge there, for the discipline, is figuring out how to make meaningful change in those environments. It’s very, very context specific—how do you work through the organizational and cultural challenges in those complex systems to use the tools of design to make something happen. This is something I ran into when I was at IDEO, where a lot of times, it didn’t feel like the small tactical design parts; the real challenge was figuring out how to get this integrated into the organization, how to take action, make sure that it gets out there in the world in a way that can impact something.