SynBioBeta and the current biorevolution

Startups and individuals on the cusp of biological breakthroughs. 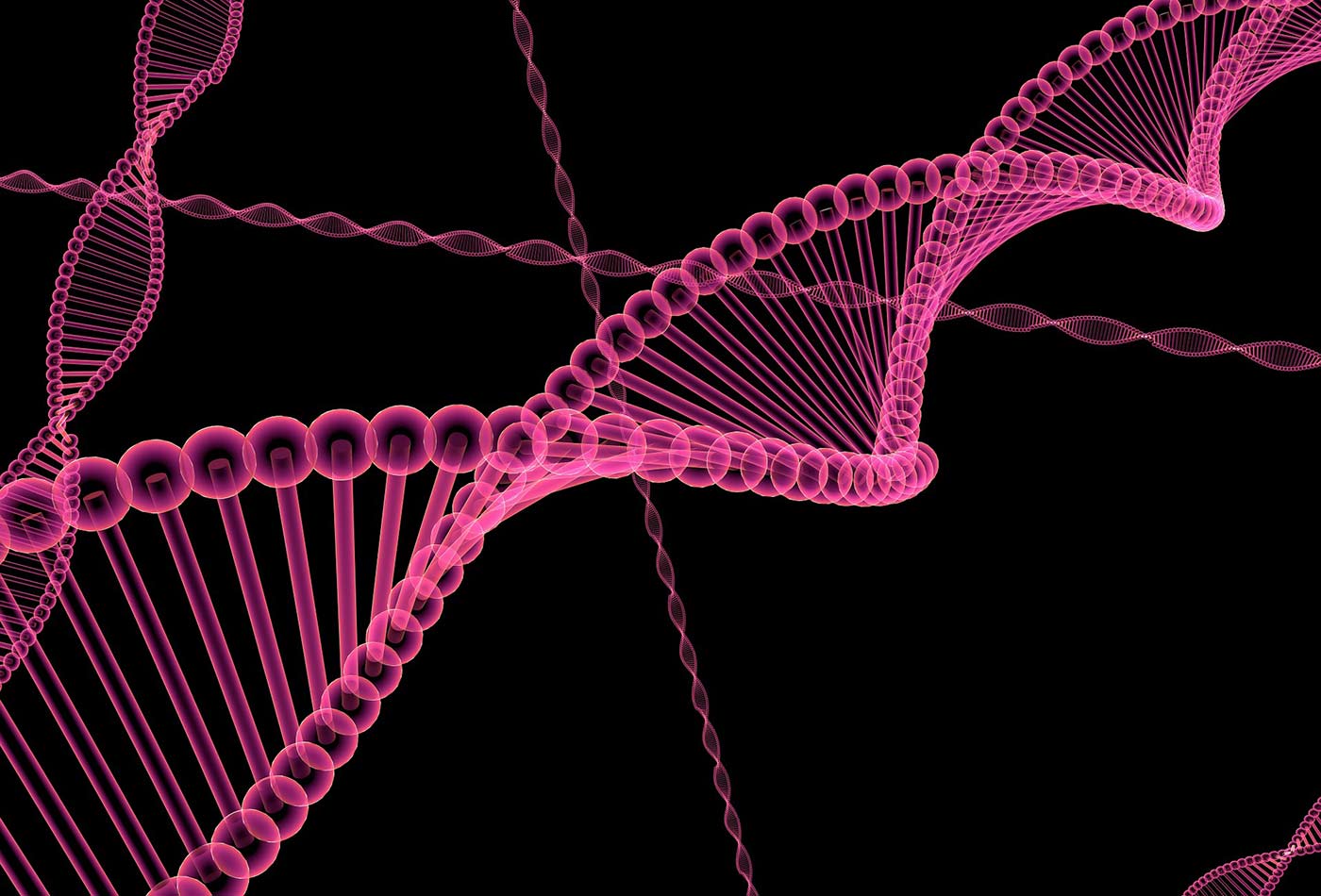 San Francisco is largely a collection of peninsulas and inlets, irregular land masses that singularly jut out into cold Pacific waters and isolate themselves by virtue of unavoidable geography. Travel to different parts of the bustling metropolis and you’ll witness an array of cultures and styles so distinctive they become complementary in their diversity alone; Mission District, Fisherman’s Wharf, Little Italy, Chinatown, each with individual aesthetics and atmosphere adding to the depiction of San Francisco as a microcosm for the world.

Unsurprisingly, the city’s tendency toward eclecticism doesn’t cease with street style. Industry, even at the highest levels of technological development, is pervaded by this intense desire for diversification coupled with community building. There is no better example of such initiative than SynBioBeta, an annual synthetic biology conference founded by Brown alumnus and NASA affiliate, John Cumbers. If San Francisco is a microcosm for the world, then surely SynBioBeta is the synthetic biology industry’s own miniature.

The 2017 San Francisco convention, housed within UCSF’s Mission Bay Conference Center, is an energetic forum for industry innovators and investors alike. The reception lobby is buzzing. Business-clad professionals mingle over coffee and work descriptions, all the while seeking opportunities for advancement of their companies’ roles in the network. The growing magnitude of businesses here is akin to adaptive radiation as one group—science-minded individuals—has rapidly speciated to fill several different industry niches. This diverse collection of producers is accurately described by CEO and co-founder of Twist Bioscience, Emily Leproust.

Leproust views the synthetic biology industry as an “ecosystem that will grow the pie,” with each company specializing in one area and driving efficiency in that way. There is an overarching attitude that it will take many companies, not one monopoly, to further development, and in this conception of the industry, Twist Bioscience, a leading manufacturer in the commercial synthesis of DNA, sees itself as a “facilitator for exponential growth.”

The company just announced its unprecedented one billion synthetic base pair deal with Ginkgo Bioworks that will support biological expansion into new industries. Twist’s production capabilities enable this type of large-scale manufacturing, producing something close to one-third of the world’s synthetic DNA, due to their main point of difference: a silicon platform. While DNA is typically synthesized on a 96-well plastic plate, Twist has developed a silicon alternative that, according to Leproust, “microscales 1 gene to 10,000 genes” and “gives you more scale while reducing your price per base.” This enables purchasers of synthetic DNA to receive their orders on a faster time scale and at a larger volume. Leproust believes this process impacts researchers in that “the more DNA you get, the faster you learn,” and in an industry where time is money, efficiency seems to be key.

With this type of technology becoming available, it isn’t difficult to imagine a world where synthetic biology enters the mainstream market. In fact, Leproust paints an intriguing picture of the market in which biology not only becomes a factor of production, but becomes a commonplace one.

“Cool things become the product. What enables the iPhone is hardcore physics, but what consumers have is a product,” says Leproust. She envisions a future in which “[consumers] forget about the biology that is behind the products” and instead simply enjoy the benefits of such goods or services.

Twist Bioscience certainly isn’t the only believer in the future of synthetic biology. The numerous panels, presentations, and booths at SynBioBeta all revolve around the idea of a “biorevolution” and how producers can address global problems.

The main themes of the conference include biomaterials and consumer products, cell factories for biopharmaceuticals, and big data and artificial intelligence’s connection to biology. Each segment highlights pioneering individuals with specific visions for the future of synthetic biology and innovative companies working to produce high through-put in order to impact the state of today’s market.

The science of biomaterials is about 50 years old, an infant in the grand scale of scientific discoveries. Two companies featured at SynBioBeta are taking the concept of engineered substances for consumers and bringing it to the fashion industry.

Modern Meadow, a biofabrication company, poses the question of how to clothe the world’s growing population. Its answer comes in the form of synthetic leathers, an attempt to turn an animal product into a textile. The idea is that while an animal takes two years to raise, a certain synthetic leather process can be carried out in two weeks without the use of tissue engineering, the company’s initial business endeavor. Modern Meadow alters DNA base pairs to create instructions for cells to multiply and produce collagen. The produced collagen then self-assembles into a triple helix molecule, and the molecules link together to form an interwoven network of fibers. Modern Meadow uses an unspecified process to further assemble fibers into the desired material, a synthetic leather product, which can be tanned and treated for commercialization. The company has officially launched its brand Zoa, a name meant to evoke the idea of life coming into materials.

In a related field, startup Colorifix is addressing the environmental concerns associated with textile dyeing. The textile industry is the second largest polluter of water in the world, but Colorifix’s process claims to produce less than 1% of dye waste along with a 20% reduction in energy expenditure. The company uses sugar molasses feedstock to grow microorganisms in fermentation, harvests the organisms directly from fermentation, and applies them to fabrics as a part of the dyeing process. Once the dye transfer is complete, the organisms are removed from the product with high temperatures and detergents that eliminate lipids, carbohydrates, and proteins, which essentially comprise the entire organism. Colorifix promotes chemical safety but also the feasibility of its process. It is partnered with companies such as H&M and will soon be introducing its products to stores nationwide.

Arguably one of the more well-known applications of biotech comes in the form of pharmaceuticals and their work in producing novel medicines. Leaders in synthetic biology are creating a new concept of “living medicines” that respond to cues from the human body itself.

Biopharma company Synlogic Therapeutics specializes in Synthetic Biotic medicines that manipulate naturally occurring microbes to achieve desired medical results. Synlogic’s work is centralized on the functions of the human microbiome, the quadrillion genes of microbial cells that inhabit the human body. The microbiome has certain established capabilities, and the pharma company means to expand these capabilities through the programming of probiotic bacteria. The chassis for Synlogic is E. coli Nissle, a proteobacteria indigenous to the microbiota. This bacteria is engineered to carry genetic circuits that allow the Synthetic Biotic medicines to detect and interpret a patient’s body signals, leading to the subsequent activation or inactivation of a specific metabolic pathway.

Synlogic currently hopes to treat patients with genetic metabolic diseases such as Urea Cycle Disorder and Phenylketonuria. However, as research continues to become available, the company intends to provide treatments for inflammatory bowel disease, Crohn’s disease, and ulcerative colitis as well.

Artificial intelligence is an up-and-coming field, and one with many potential applications to the realm of synthetic biology. In a highly anticipated “fireside chat,” Vinod Khosla, venture capitalist, and George Church, professor of genetics at Harvard Medical School, discuss the implications of deep learning in working with big data.

Deep learning is a subfield of machine learning that uses artificial neural networks, algorithms modeled after the human brain. It is thought to be particularly useful in analyzing big data sets because it can extract high-level abstractions from large quantities of unsupervised data. Perhaps for this reason, Khosla and Church agree on the importance of integrating such deep learning tools into biotech technologies.

According to Church, “scientific literature is biased against less-than-super-exciting positive results.” However, new artificial intelligence allows for the publishing of big data sets, most of which can be negative (for example, “this RNA or protein is not expressed in this sequence”). Khosla believes that with deep learning, negative results can be just as valuable as positive results and, therefore, every piece of data contributes in some way.

While Khosla and Church delve into the many intricacies of artificial intelligence, the point of the matter is that the advancement of this technology is leading people closer and closer to re-interpreting global problems in inventive ways. Rather than making mosquitoes resistant to malaria, why not engineer human resistance? Or rather than enforcing strategies to prevent the persistence of global warming, why not instead develop methods to reverse it?

The future is synthetic biology

Amidst the enthralling presentations and tangible enthusiasm of conference participants, it’s plain to see that there is a promising future in the diversity of synthetic biology. We live in a world where scientific breakthroughs are being made daily, a world where science fiction like Gattaca is becoming a reality. Our goals are evolving to funnel a more advanced understanding of biology into new projects like DNA data storage and prosthetics made from fruits.

The amount of prospective technological change, however, begs another question: will consumers readily accept products synthesized through biological means? Emily Leproust thinks so.

“Explain cause and benefit, and people will get it,” says Leproust. “Synthetic biology has the potential to touch more parts of society and provide a greater benefit to humanity.”