Taking the plunge: Should I start a company or work for one?

Most people should not be entrepreneurs, no matter what great ideas they have. 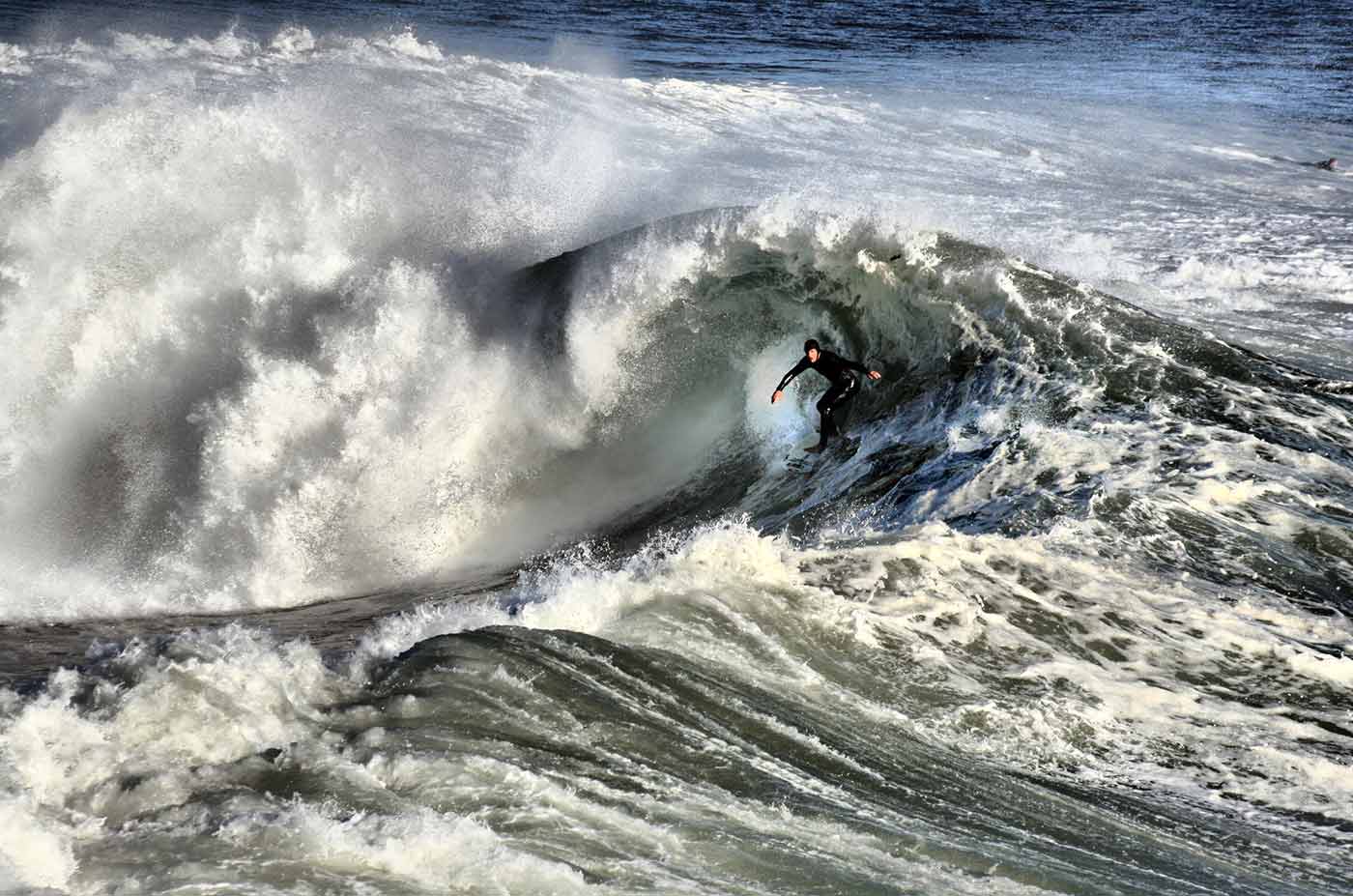 A California surfer. (source: By Brocken Inaglory on Wikipedia Commons.)

Editor’s note: this is an excerpt from Chapter 1 of “Hello, Startup: A Programmer’s Guide to Building Products, Technologies, and Teams,” by Yevgeniy Brikman.

If you’re considering taking a plunge into the startup world, one of the things you’ll have to decide is if you want to start your own company or work for someone else. Here’s the basic trade-off between the two: as a founder, you will have to make 10x the sacrifice in exchange for a chance of 10x the reward. By sacrifice, I mean you will be faced with an order of magnitude more of stress, risk, and long hours; and by reward, I mean that in exchange for this pain, you could earn an order of magnitude more money and reputation if you succeed. Founding a company is a very high-risk, high-reward game, and as most people are not equipped to handle that much risk — or, more accurately, the amount of stress that goes with it — most people should not be entrepreneurs, no matter what great ideas they have.

Even if you can handle the stress, there is another factor to consider. While writing this book, I came across a startling fact that completely changed the way I thought about founding a company. As a founder, if you get lucky enough to build a successful startup (remember, the odds are roughly 1 in 4), it will take you, on average, 7-8 years to reach a successful exit (i.e., an acquisition or an IPO). For example, consider the age of some of the most successful startups of the last decade at the time of their exits: Facebook was 8, Google was 6, Twitter was 7, LinkedIn was 8, WhatsApp was 5, and Zappos was 10. Of course, it’s really only an “exit” for the investors — the founders will usually stay on at least a couple years more. So, here’s the rule of thumb to take away from this:

Only start a company if you’re willing to spend the next decade of your life working on it.

If you’re 20 years old, you’ll be working on the company until you’re 30. If you’re 30, you’ll do little else until you’re in your 40s. Once I heard this statistic, I went back to my list of startup ideas and threw half of them away. I realized that many of them were just “get rich quick” schemes at their core, and there was no way I’d be able to spend the next decade toiling away at them.

A successful exit isn’t the only reason to found a company — actually, hoping to get rich is one of the worst reasons to do anything related to startups — but so many people see startups as a get-rich-quick scheme that, if you take away nothing else from this book, remember this: building a startup probably won’t make you rich, and if it does, it won’t be quick. Success is rare, and when it happens, it takes on the order of a decade.

During that decade, you’re going to have to work very hard. Harder than you’ve worked at anything else in your life. Any founder will tell you that bringing a new product into the market, changing user habits, and hiring the right people, all while making ends meet, is one of the hardest things you will do in your life.

I think the hardest thing is that the success function is very discontinuous. For example, you’re trying for months to figure out how to accelerate user growth. You try to introduce some features which you think will help make the metrics go “up and to the right,” but nothing really works. For ages, nothing happens. And then, suddenly, some massively successful thing happens totally unexpectedly.

Since you have no idea in advance where these discontinuities are going to be, it seems then that the only reasonable behavior is to work really hard. You have a finite length of runway, so if you can maximize the amount of stuff you can get done, that maximizes the chance that you’re going to hit that next discontinuity before you die. And if you die before you get to that next discontinuity, you know that you worked so hard that you couldn’t have possibly done anything else to get there faster.

— Martin Kleppmann, co-founder of Go Test It and Rapportive

Because the success function is very discontinuous, working at a startup, especially as a founder, is a bit like running a marathon with a blindfold on. You know it’s a long race, but you can’t see the mile markers or a clock, so you have no sense of how far you’ve gone, and you’re not even sure if you’re running in the right direction — but you can’t slow down and take a break, or someone will surely pass you. So, you keep chugging along as fast as you can, chasing after that next discontinuity.

Phil Libin’s advice on starting a company: don’t do it:

The 100th engineer at Facebook made far more money than 99% of Silicon Valley entrepreneurs. Small slices of gigantic pies are still themselves gigantic.

Just as there are lawyers who chase ambulances, there are engineers in Silicon Valley who chase IPOs and acquisitions. This isn’t a bad thing. These engineers hop from pre-IPO company to pre-IPO company and they contribute serious value to each one by building products and helping to scale the organization. In return, they get to develop a wide variety of skills, enjoy the unique culture at each company, accumulate some stock options, and, after a few years, they walk away with a ton of fun experiences under their belt and, in many cases, a fair bit of money in their pocket.

If you knew which engineers to pay attention to, you could probably get pretty good at predicting which companies will soon have a massive IPO or acquisition. For example, in the last few years, I watched a few friends of mine rotate through LinkedIn, Facebook, and Twitter, joining each company a few years before it had an IPO. How did they know? There are three primary signs. First, look for products you and most people you know are already using. Most developers are “early adopters,” so if a lot of them are flocking to a particular technology, there’s a good chance the rest of the world will soon follow. Second, look for companies that have raised a lot of money through multiple rounds of financing. The more money invested, the more the investors will want to see big returns, and the most common way to make that happen is for the company to go public or get acquired. Third, look for companies that are growing at an incredible pace and will need more money to sustain that growth until they become profitable. My guess at a few companies to watch in the next few years, at least based on their fundraising, growth, and recent developer migration patterns, are Uber, Airbnb, Square, Stripe, DropBox, Pinterest, PagerDuty, Slack, Zenefits, and GitHub.

If you’re more likely to get rich and have fun by joining someone else’s startup, is it ever a good idea to start your own? Yes: when you simply can’t not do it. That is, the best reason to start a startup is because you are so passionate about an idea that you must bring it into the world. You’re doing it not for the fame or the fortune, but because it’s something important enough to you that you are willing to go through all of the pain, risk, and sacrifice to make it happen.

Just make sure not to confuse the dream of accomplishing a specific mission with the dream of building a startup. Sometimes a startup is the best way to accomplish your dream, but in many cases, you’d be far better off starting a lifestyle business (e.g., a work-from-home consultant), or joining someone else’s company, or doing research at a university. A startup is just a means to an end.