The business of Things 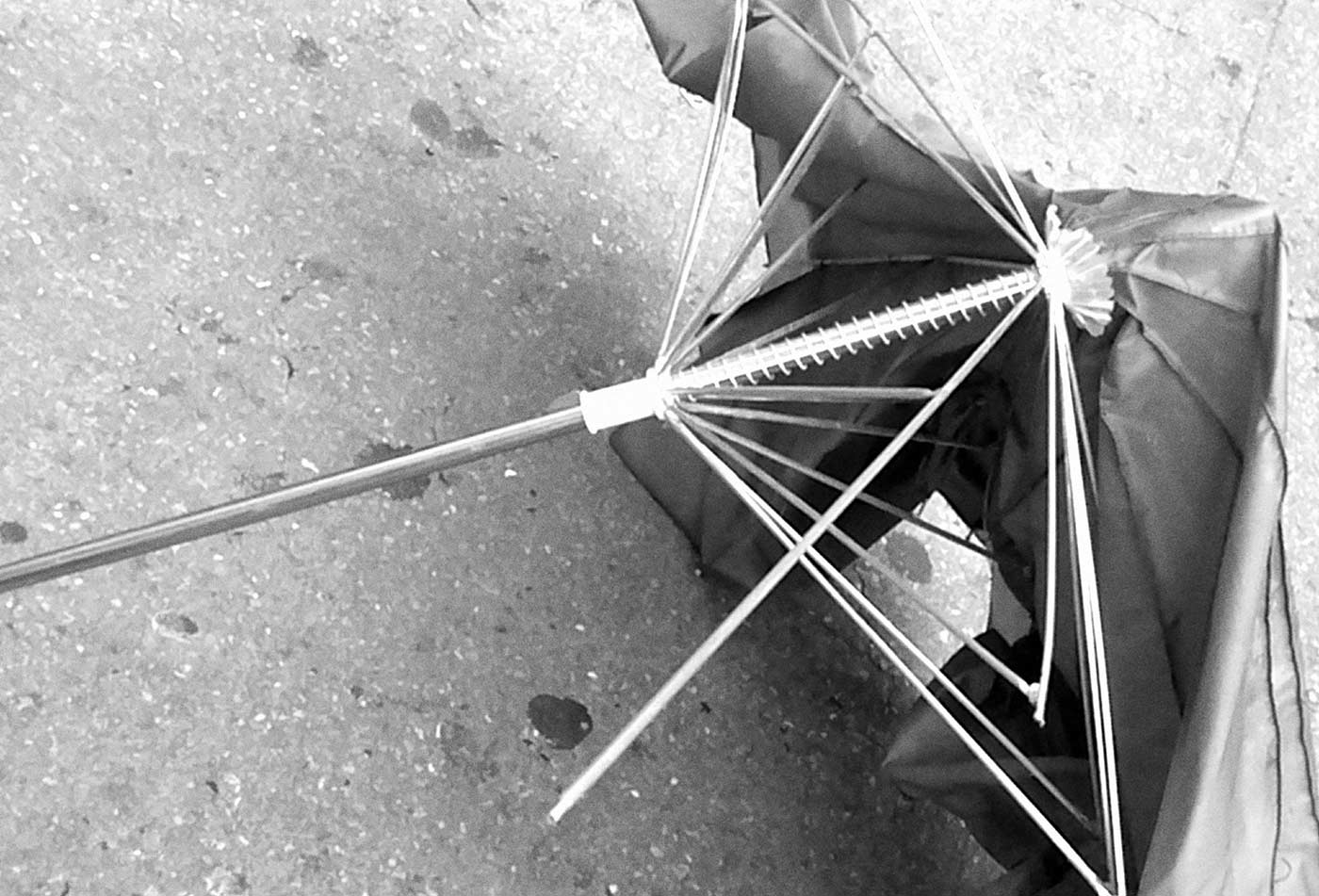 There really is only one business model on the modern Internet, and that’s advertising. People have refused to subscribe to services or pay for content. Instead, advertising supports the services that sit underneath almost everything we do on the Web. Think for a minute about how your day-to-day experience of the Web would be different if Google charged a monthly subscription fee for its search service, or used a micro-payment based approach to charge on a search-by-search basis.

It seems almost inconceivable doesn’t it? Your mind is probably rebelling at the idea of each and every search being a thing that is chargeable, that costs you actual money.

In the same way that the move from dial-up, where you were very much aware that every minute you spent online was chargeable, to broadband, where you now pay a flat monthly fee, affected how you used the Internet; the lack of apparent cost changes how you use services and consume content. “All-you-can-consume” changes not just the amount of content you consume, but the way you use the content.

A series of almost accidental decisions and circumstances have led to a world where most things on the Internet are “free at point of use.” That doesn’t mean they’re free, just that we pay for them in other ways. For the most part we’re all aware of how we pay—in privacy—but we put it out of our minds. Nonetheless, our data and our attention are the currency we use to pay Google for our searches or Facebook for keeping us in touch with our friends.

Big data is all very well when it is harvested quietly, silently, and stealthily behind the scenes. To a lot of people, the digital Internet still isn’t as real as the world outside. But it may well be a different matter altogether when your Things start to tattle on you behind your back.

Think ahead to the time when everything is smart and everything is networked, when computing has suffused our environments. Imagine for a moment, if you can, that there is a computer in literally every object in your house. In your office. In your neighbourhood. Imagine computers blowing in the wind. Imagine they are literally ubiquitous.

Data will flow from a halo of devices surrounding you: they’re tasked to provide you with sensor and computing support—but they are constantly calculating, consulting with each other, predicting, anticipating your needs. You are surrounded by a web of distributed sensors, computing, and data.

But when everything is smart, everything will be measuring, calculating, and weighing your life. Suddenly, it’s not just your email or the photographs of your cat, but your location to the centimeter, your heart rate, your respiration rate: the quantified self will no longer just measure how you slept last night, but with whom.

Suddenly, the privacy and attention we’re trading for our “free” services and content is much more personal. Suddenly, people aren’t going to be quite as sure it’s such a good deal.

Right now, most Internet-of-Things devices being sold to consumers have the same architecture: there is a Thing, an app that controls the Thing, and a cloud service supporting both the app and the Thing. The business model behind these device-services is also formulaic: consumers make a one-time purchase of the Thing itself, but don’t commit to a subscription to support the cloud services that make the Thing “smart.”

This model is forced on the companies selling the Thing for various reasons. The experience of the Internet has made most consumers unwilling to subscribe to services, and while they might be willing to purchase a Thing, a physical device, they expect software and services to be “free.” Also, many of these new connected devices replicate or extend the existing functionality of our homes. Most people already have a thermostat; is the incremental gain of a “smart” one really worth being bound up into an ongoing, and endless, subscription plan? For a new class of device which consumers aren’t familiar with and so far have managed to live without, the value proposition is limited. Consumer reluctance is obvious.

However, the companies selling the network connected Things still need to maintain the cloud services behind them: not only the ones that directly support the user experience (machine learning) but also the ongoing maintenance that keeps the device working (like security). Device sellers are therefore gambling that the ongoing maintenance costs for the cloud services will be low and that a sufficient number of new customers will buy the Thing to cover ongoing costs with new business. Unfortunately, these assumptions about the number of new customers have proven overly optimistic.

Consumers do not replace their thermostats, boilers, refrigerators, stoves, lights, or locks every year or two. The fabric of our homes is far more static than many companies, used to operating on “Internet time,” seem to have assumed. The lifespan of the average refrigerator or air conditioner is about 15 years.

A business model based on a one-time purchase of a Thing—a Thing that relies on an ongoing service to make it “smart”—appears unsustainable. It’s proved so fragile I’m left with doubts about whether cloud-centred architectures are the right fit for Internet of Things devices aimed at the consumer marketplace.

In the short term, companies are attempting to fill the gap using the business model they’re most comfortable with, the business model that supports the other Internet, the digital one. While we’ve seen few advertising-supported Internet of Things devices—Amazon’s Kindle might well qualify, depending on how you define “Things”—the data generated by these smart devices is worth money. Sometimes a great deal of money.

Consumers, however, seem much more aware of the sensitivity of the data that their Things generate than they are about the data they’re freely exchanging for services on the other Internet. They are becoming increasingly wary of Internet of Things devices backed by cloud services without obvious means of support because when the cloud service goes away, the “smart” Thing often stops working entirely.

While consumers may, in time, be lulled into accepting the exchange of data for services—after all, there is precedent—it’s possible that in the longer term, the public will turn against this exchange, especially if there is an ugly incident. Personally, I’m waiting for the first murder by Internet of Things. It won’t be committed by a fleet of armed drones bearing down on you while you walk down the street. Instead, it’ll be much more prosaic: a water heater, a thermostat, an electrical socket, or, well, something. A murder made possible by the collection of sensitive data.

Unfortunately, while you can argue—and I have—that in many cases, cloud-centered architectures are a poor fit for consumer Internet of Things devices (often, it would be far better if these smart devices talked to one another rather than requiring an Internet connection at all), the cloud is required for firmware and security updates. While it’s possible to build some sort of escrow model, someone somewhere is going to have to pay for ongoing support.

In the longer term then, both consumers and companies may well have to settle for subscriptions to support their “smart Things.” You can see this being easy enough to sustain for Things that require consumables: the razor blade business model—where the razors themselves are practically free, but the replacement blades are relatively expensive—is well established, although even here consumers have been reluctant to commit to ongoing subscriptions. In many countries, even cell phones are mostly sold pay-as-you-go rather than subsidised on a monthly contract.

Subscriptions may face stiffer resistance where traditionally the Thing had no ongoing costs, except eventual replacement. Companies may have to accept a graceful degradation of functionality for their smart Things: for instance, a smart light switch may gradually become “dumber” and—after a while—become something that you can use to turn a light on or off from the switch on the wall, and not a smart, Internet-connected device at all.

Of course, there’s no reason the cloud components of a smart Thing need to be tied to the company that built it. There’s nothing to stop companies creating smart Things that will self-deploy the cloud capability the device needs directly to the consumer’s cloud provider of choice. This way, the consumer both pays for their own cloud usage, which most people will find more palatable than a subscription, and can migrate the device’s cloud components between different providers as needed. Also, when the device’s creator stops supporting it, at least it would still continue to operate. It’s also one way to allow all the consumer’s smart Things—no matter what company made them—to talk to one another. Realistically, there is little drive or enthusiasm on the part of manufacturers to implement such technical solutions right now, and several reasons why they wouldn’t.

The real secret here is that—unlike the other Internet—there is no single business model that’s going to support the Internet of Things, or that it enables. As with any any new technology, mainstream consumers are reluctant to adopt it until or unless it offers clear benefits. Right now, those benefits aren’t clear enough, and the case for a consumer-facing Internet of Things is still weak. But supporting obviously fragile business models will not endear Thing-makers to the consumer market. In the longer term, it will only endanger the entire market place.