The SXSW ecosystem is embracing a biotech wave

A look at the expanding biotech landscape at SXSW. 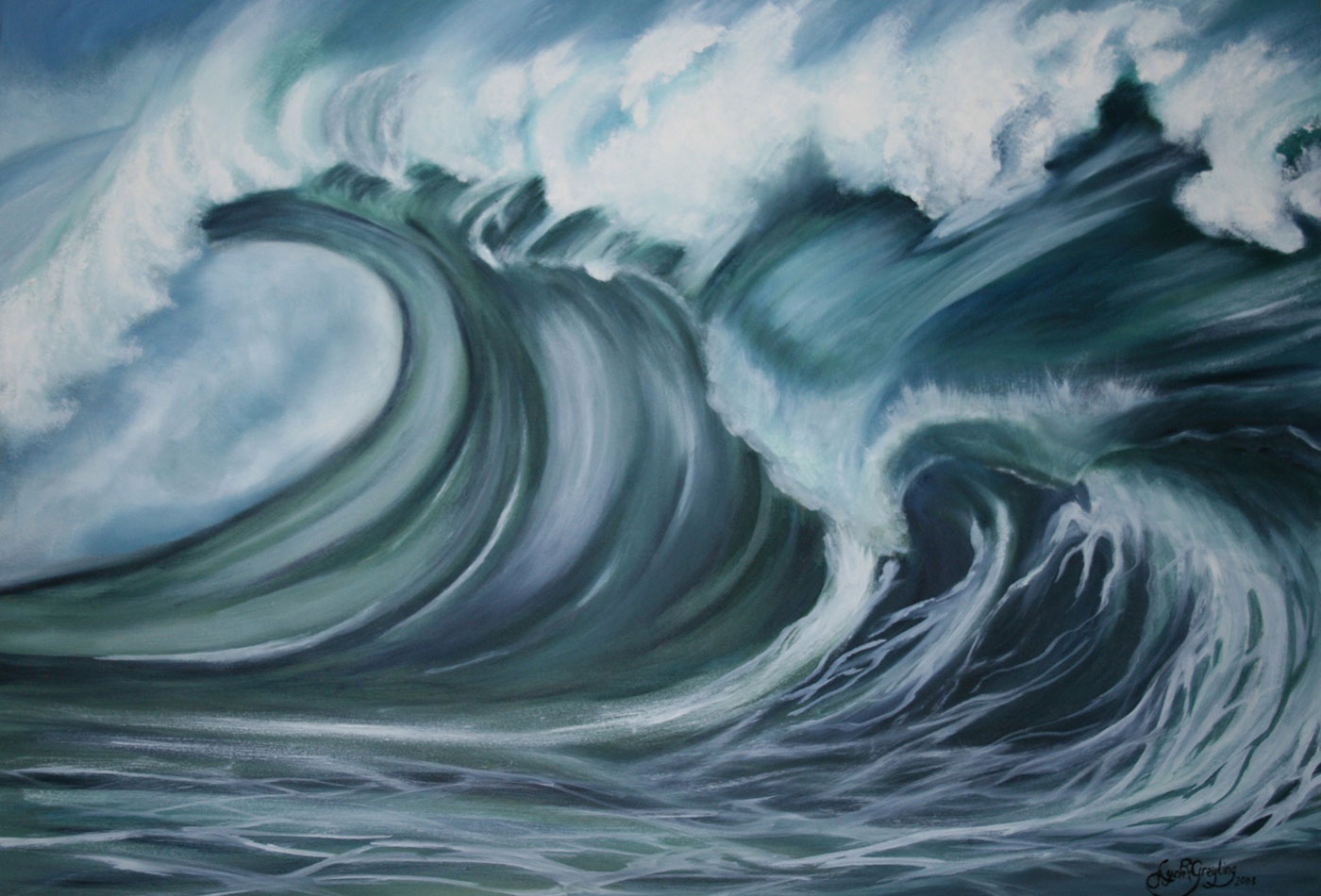 South By Southwest (SXSW) is a music, film, and interactive festival that happens in Austin, Texas every March. Since its inception in 1987, it has evolved to become a launching pad for a wide range of innovative technologies (Figure 1-1).

We see biotech as a strong area of growth for SXSW in 2017 and beyond. This belief stems from a lot of different factors. One is the explosion of wearable technology at SXSW, a lot of which has a strong connection with health and biotech. Also important is that so many of the startups we see at SXSW have a biotech focus–and as more of these startups find success in Austin in March, they should attract even more biotech related entrepreneurs to the event.

The Evolution of the Festival

From Live Music to Social Impact

The SXSW “ecosystem” originated 30 years ago as a music conference. It reflected the spirit of Austin, whose official city slogan is “The Live Music Capitol of the World.” In 1994, two new pillars to the festival were introduced; Interactive (then called Multimedia) and Film. Over the past few years the Interactive festival has grown to be the largest of the three, with 37,660 festival attendees in 2016. Also in the festival family are SXSW Eco and SXSWedu.

Through my involvement with the festival since the early 2000s, I’ve begun to think of SXSW Interactive as a festival of convergence. Forrest, director of the SXSW Interactive since its inception, observes, “Today, these elements [music, film, and interactive] are very much intertwined and the lines that once separated them have become completely blurred.” In the past two years, Interactive has sprouted “convergence” topic areas such as government, style, health, food, social impact, design, journalism, sports (the list goes on) to allow for overlapping arenas focused around rapid emerging technologies (Figure 1-2). A cascade of exhibit venues such as the Gaming Expo, SXSW Create (a maker/tinkerer festival that’s hosted many a biohacker), and the MedTech Expo have also emerged in recent years.

The first days of SXSW saw droves of visionaries, early adopters, software developers, coders, and designers. Forrest said, “SXSW Interactive launched as SXSW Multimedia in 1994. At that point, most of our programming was focused on how CD-ROMs would revolutionize the modern world.”

Sarah Campbell, a digital strategist who attended the very first SXSW Multimedia, said, “At the time, a lot of people thought the Internet was a fad. They didn’t understand the point of the event; there were very few people.” The early days of the festival were so intimate that the prolific Austin-based sci-fi writer Bruce Sterling would host a “come-to-my-house” party, open to all festival attendees. Now he holds the closing keynote to a live audience of thousands.

Those early days of the Internet were filled with skepticism, Campbell said, around claims of how important the Internet would become. “Nobody thinks it’s real; it’s all very sci-fi,” he said. “SXSW was a haven for techno-dreamers. But it’s built [the SXSW community] on the fundamental belief that we need to evolve and grow, to always think about the future.”

As the Internet matured and user-focused content platforms became more prevalent than handcoded sites, and bloggers came into the fray. Platforms expanded, creating greater access to technology and more diverse voices. Storytellers, content producers, journalists, marketers, and brands all found a reason to come to Austin for SXSW. Social issues bubbled up, human rights, diversity, and the planet became only some of the topics that the technology festival addressed. One could say that SXSW grew not unlike a rapidly evolving phylogenic tree of life, powered by technological advancement.

The festival began to gain a reputation as a launching spot for hot applications. Twitter launched as a blog in 2007, and posed the question “What are you doing?” It’s now a major destination for what’s happening. In 2009 two geolocation apps launched: Austin bred Gowalla and Foursquare from NY, as did the ride-share app Uber. SXSW became a springboard for thought leadership, social good, and business practices, too. A fascinating evolution of SXSW is available on its website.

A Profile Of Attendees

The festival’s programming and audience growth clearly show the reach of emerging technologies to all areas of business. “In recent years, the audience for SXSW has moved from technology enthusiasts and first adopters to more attendees who reflect more mainstream business interests,” Forrest said (Figure 1-3). “This shift in audience reflects how new media technologies have become more and more integral to all business operations.”

The Current Biotech Landscape at SXSW: A Mainstream Audience of Tech Enthusiasts

Director of MedTech, Dana Abramovitz, cited the panel topic “Hacking the Brain to Treat Paralysis” as an example of convergence in the medical realm. Patients share their stories and experiences alongside researchers, employing “storytelling” through personal experience as a means to explain cutting-edge technology. The panel included a young man who had experienced traumatic brain injury in high school and had undergone neural bypass surgery in 2014, as well as the fascinating team who had aided in his remarkable recovery: a neurosurgeon, a psychiatrist, and an electrical engineer. Abramovitz noted the result of attending programming such as this. “People come, get inspired, and are incentivized to put together a panel for the following year,” she said.

Inspiration is always a key theme at SXSW. Desktop Genetics, winner of the SXSW Interactive Innovation Award in the Health, Med, and Biotech category, concurred with that sentiment in a post-festival blog post.
Planning committee members and staff strongly suggest that attendees deviate from their area of expertise to fuel the spark of innovation and creativity. Serendipity is core to the fabric of SXSW. As Abramovitz puts it, with the newly minted Health track, doctors who are involved in proposed programming take the perspective, “I don’t know why I am here.” However, once they become immersed in the experience, they get it and see the value. Speaking from the perspective of a physician, Abramovitz said, “Where else can I [a medical professional] be in a room with designers and developers? Doctors, providers, payers [health insurance], patients, have a voice… designers, entrepreneurs, regulators–everybody–should be at the table.”

In direct alignment with the spirit of serendipity, the hacker/maker arm of SXSW, SXSW Create, launched in 2012. Create offers hackers and makers a demonstration space in a grass-roots setting, apart from the conference. I hosted the first “Biohacker Meetup” at Create in 2014, which consisted of an impromptu panel composed of myself, BioHacker Josiah Zayner, DIYBio founder Jason Bobe, and UT Austin professor and iGEM team leader Jeffery Barrick. The upshot was that there is a great wealth of curiosity around biotechnology among the cadre of tech enthusiasts that attend SXSW. The response was attentive and inquisitive, and not at all squeamish or fearful. It’s apparent that the growing biohacking community provides unprecedented access to techno-enthusiasts of all shades, as well as education and awareness that address curiosity over fanning the flames of fear around emerging biotechnologies.

Other arenas in which biotech has an emerging presence include SouthBites by SXSW, SXSWGood, SXSW Eco, and SXSWedu.

Based on the positive attendance from a fashion and technology 2012 Meetup, SXSW launched SXstyle in 2014. Kelly Krause, SXstyle director, breaks down the content as “…the future of retail, innovative design, fashion startups and apps, and sustainability.” SXSW 2017 includes a Style track that will run March 11–17.

“The Fashion and MedTech worlds are already colliding,” said Krause, “from L’Oreal creating a patch to help detect skin cancer to Under Armour working on connected apparel to track fitness; it’s really neat to see the innovation.” Many textile innovations come in the form of conductive fabrics, like Google’s “Made With Code” initiative, a collaboration between fashion engineer Madison Maxey and designer Zac Posen.

“Biotech is a burgeoning trend and was represented throughout SXSW Interactive, predominately in our Health and MedTech sessions,” Krause said. “We didn’t have any style-related biotech programming in 2016.”Perhaps 2017 will prove to be different, as biotech startups crop up, and applications for biomaterials find a home in fashion and textile design.

Participating in the Festival

The bulk of SXSW programming is selected through PanelPicker. PanelPicker allows for the community as well as the staff and advisory board to vote on what types of programming should be accepted to the festival for the following year. For 2017 programming consideration, the panel picker was open from June 28–22.

Announcements for festival programming usually roll in in early fall, with the exception of some keynote speakers. Jennifer Doudna, co-inventor of CRISPRCas9, has been announced as a keynote speaker for 2017.

To whet your curiosity, examples of topic ideas that were accepted to previous SXSW conferences include the following:

If you find yourself wanting to attend SXSW in 2017—and I hope you do— book accommodations early. With the massive influx of people in Austin for the festival, hotels fill up quickly. Badge sales for the 2017 festival began August 1, 2016. For more information, visit sxsw.com.