This is why so many people have an opinion about design

With more companies focusing on design as a competitive advantage, it seems as if everyone is suddenly a designer. 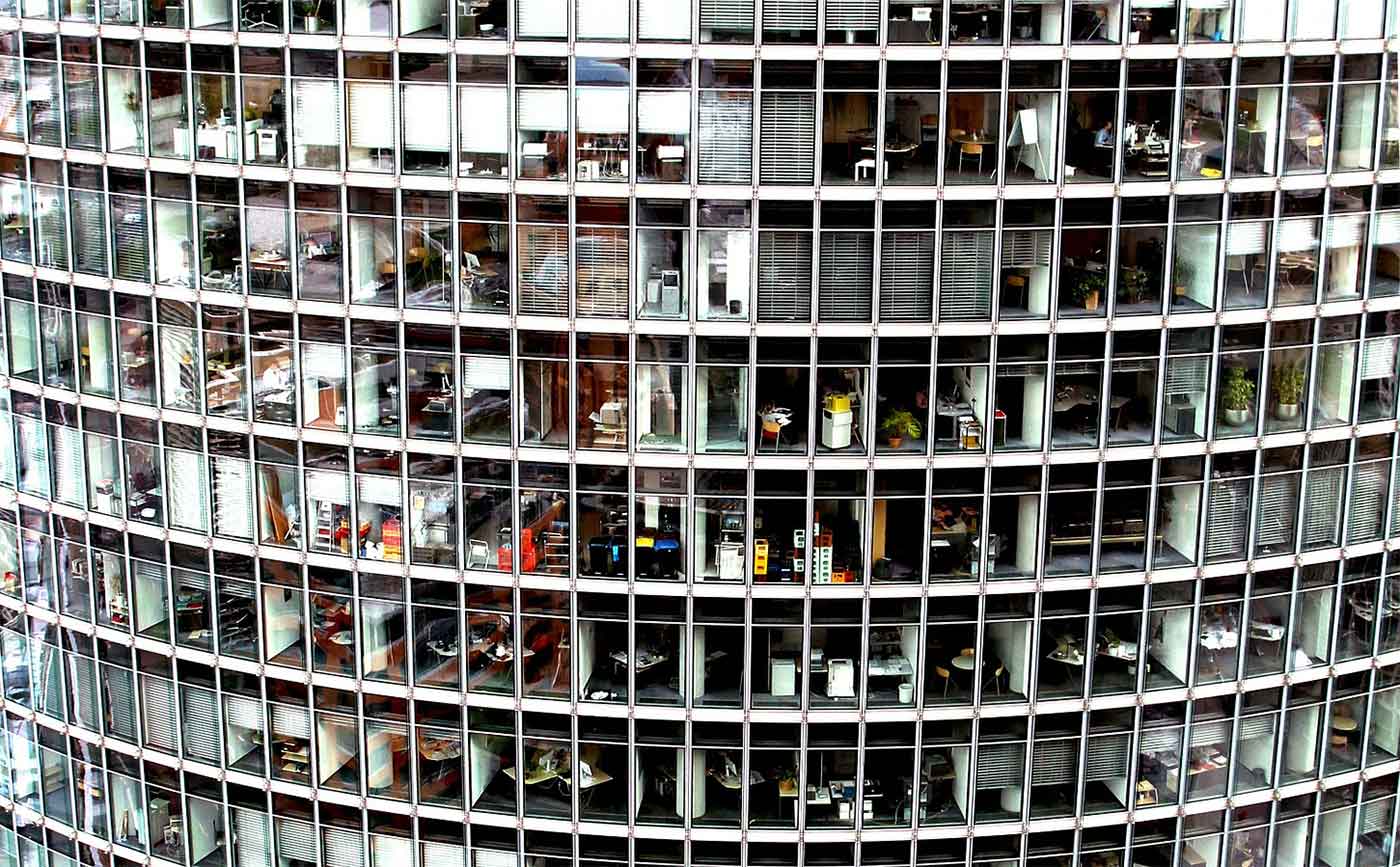 The more that I talk to people about what it means to explain design, the more I realize that everyone across all types of organizations — from product companies to nonprofits to universities to health care — is intensely interested in it. Everyone now has an opinion about design, and we’ve all been in the position of having to defend our choices or suggestions.

Developers, product owners, project managers, and even CEOs are intimately involved in design processes now — increasingly, it seems as if everyone is a designer. But it hasn’t always been this way — so, why now do so many people have an opinion about design?

In the past decade, design and UX has gone “mainstream.” The most popular and interesting companies have put design at the forefront of their product offerings, creating a buzz culture that drools over every new release and a fan following that promotes their brand for them. I’m not only thinking of Apple, but also brands such as IKEA, innovators like Tesla, and unique problem-solving designs from Dyson, Segway, or Nest. These brands command respect, elicit strong opinions, and foster loyalty from the people who follow them. This elevation of design conversations within today’s companies , organizations, and throughout the public in general exemplifies a democratization of design that we haven’t before experienced.

It’s not only physical products that have transformed our understanding of the value of design. Social media platforms have shown that UX is a critical component to success. Millions of people use Facebook every single day. Each minor tweak to the UI or change to the design incurs the praise or wrath of every user. Why? Because Facebook (and other services like it) is a very personal part of our lives. Never before have we had a platform for sharing the most intimate and mundane details of our everyday experiences.

For many, social media is their window into the world. It is the lens they use to connect to and communicate with their friends and family. It’s a powerful social engine that frames every modern conversation. So, it’s no surprise that the details of how the interface works elicits strong reactions from people who perceive it almost as an intrusion into the way they live their lives. For the first time, people who previously barely noticed the design of their favorite website are now obsessed with the smallest interface details of other apps. They notice them, they touch them, they interact with them, and those elements become part of their lives. Changing those things means changing the way people interact with the world. This is why so many people have an opinion about design.

Also notable was the reaction to the failures of the 2013 launch of the healthcare.gov site in the United States. Usability was a core factor in the demise of that initial launch. But why did that matter to people? If the website “worked,” why did it matter if it worked well? For the same reasons as social media, the health care website was an intensely personal, deeply intrusive interface that threatened to change the way people lived their lives. I might argue that even the best UX might have still resulted in failure if for no other reason than the sociological implications that a “designed system” was representative of the massive changes facing the American people. An interface was responsible for people’s private health care. Changing the way people managed their health care meant changing their perception of their health. But the point is this: the president of the United States was talking about usability in public forums to a mass audience! It’s no wonder that design and UX has become a central focus of many organizations.

To take it a step further, we don’t have to look far to see how digital products have fueled uprisings and revolutions in places such as Syria, Turkey, Egypt, and even Ferguson, Missouri in the United States. In these situations, the use of digital products became the voice of the people and upset the political balance. An interface designed by someone (like you!) in a meeting with stakeholders became a tool for empowering an entire population toward revolution. This is why so many people have an opinion about design.

Perhaps the biggest factor, though, in the explosive growth of UX as a discipline is the personalization and shrinking of the devices we use to interact with the world on a daily basis. Sitting at a computer is not a terribly personal experience. It is a separate device at arm’s length, with physical controls that one must learn to manipulate. The input methods are indirect: what I do down there with the mouse changes what I see up here on the display. And at the end of the day, I have to put my computer away and move on with my life. Something as simple as looking up the weather on a computer must be done purposefully and intentionally.

As mobile phone growth facilitated an explosion of devices, from powerful smartphones to touchscreen super phones to smart watches and other wearables, our ability to interact with products and services on a regular basis shifted from being an intentional, arm’s-length, conscious choice to an automatic, muscle-memory, involuntary jerk of the wrist. Like social media, our devices are intensely personal and are becoming more intimate. Our interface with the world is no longer the machine at arm’s length. It’s the touchable glossy display that we always have with us. Always on, always connected, always shaping the way we see our world. As a result, universal understanding of the importance of design and UX has grown, too. Every software update introduces new ideas and elicits strong opinions from every user. This is why so many people have an opinion about design.

Today, businesses and even entire industries are built around the “disruption” of creating a better user experience. The way that you succeed in business is to find an existing category and then tweak the user experience to the nth degree. It’s not necessarily about being original, but about being the best — and design is usually the great differentiator.

The most prominent example I can think of is Uber. The entire business is built on creating a better end-to-end experience for taking a cab. A simple task with incredible implications for improving the user experience, Uber did what any good “disrupter” should do: it looked at the process of taking a cab, broke it down, and solved all the problems with better design. No one likes standing on the street and waving their arms? Fixed. Actually, no one likes waiting out in the rain either. Fine, stay inside. Cabs aren’t clean or reliable? Uber guarantees that they are. Payment and tipping annoying? They fixed it. Want to provide feedback? It’s baked in. The entire process of getting a cab has been upended by one company that looked at the problem and found design solutions to everything. This is why so many people have an opinion about design.

This is why so many people have an opinion about design

Our entire culture has shifted its thinking about design, specifically the design of interfaces, devices, services, and products. Everyone has a personal device now, and they are only getting more personal. The Internet of Things will continue to push design into (and onto) our faces at every turn. Everyone has apps they use, love, and hate. The people in your meetings are probably participating in another user experience while at the same time reviewing and considering your own. It’s no wonder that everyone, everywhere, at every level of an organization is intensely interested in and has an opinion about the UX that you are trying to create. How are you going to deal with it?

In a few weeks, I’ll be in Amsterdam for OSCON EU where I’m giving a talk on “Articulating Design Decisions” — the same topic as my book and video series with O’Reilly. I’ve given the talk a few times before at design conferences, but OSCON is different because it has such a developer-centric open-source-y mindset and I’m just a designer. Most of the talks will be highly technical, about some hot new framework, or have the word “agile” in the title. Most of the people at OSCON are not designers, so why is everyone at a developer conference interested in learning to explain design decisions?

I believe it’s because this skill is absolutely essential no matter what role you play on the team. We must learn to talk about design with other people because if we can’t do that, then none of the other stuff matters. If we can’t defend design decisions, we’ll be forced to make changes we disagree with. If we don’t listen to our stakeholders, we could miss out on valuable insight that they could contribute to the design. If we don’t have the support of everyone on the team, then our project can’t move forward. At the end of the day, our ability to explain and discuss design with other people on the team is critical to the success of our projects.

If you’ll be in Amsterdam too, please stop by room G002 on Monday at 11am. If not, you can still grab a copy of my book. Either way, I hope you’ll be better prepared to articulate design decisions, communicate with stakeholders, keep your sanity, and still deliver the best user experience.