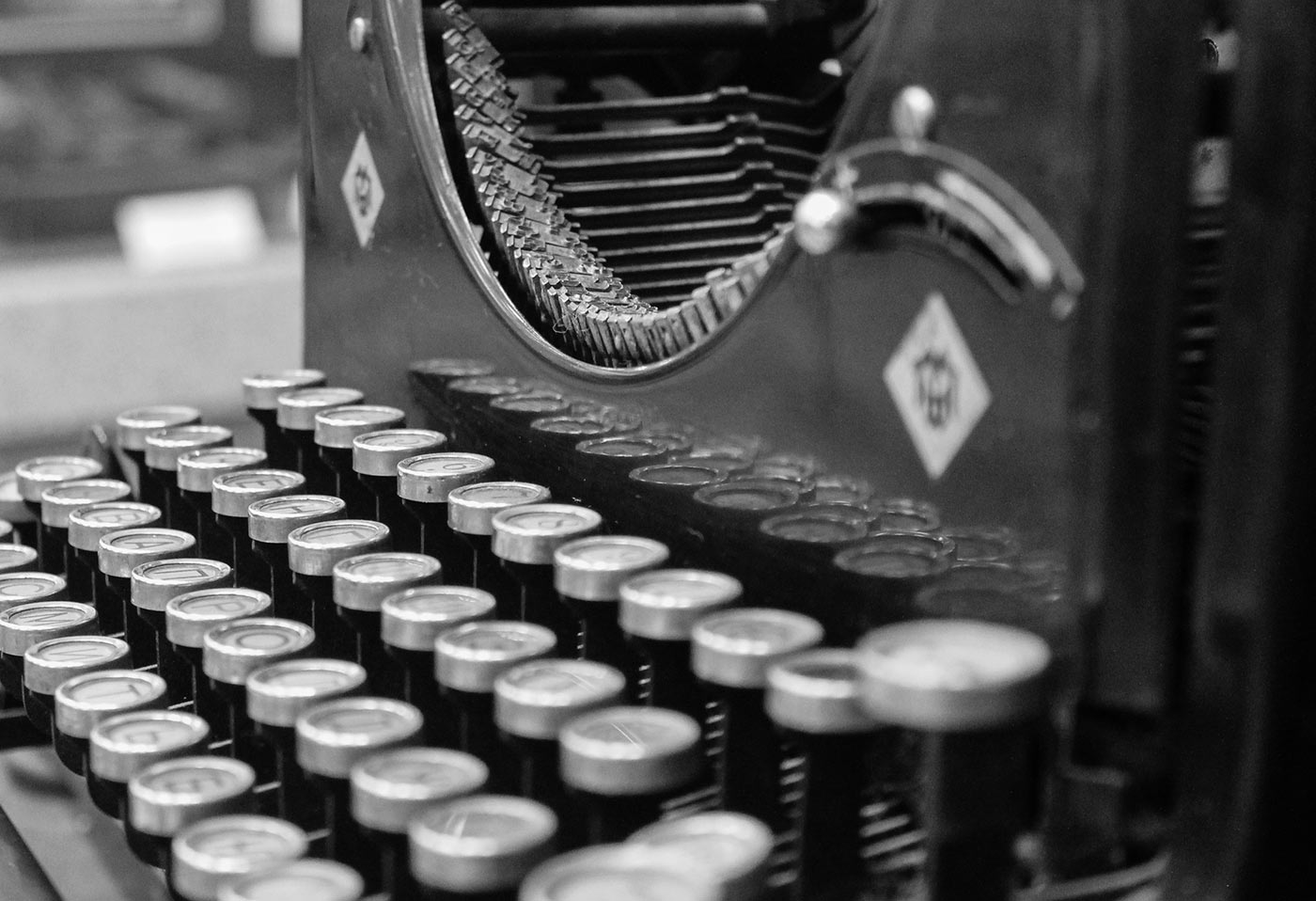 Identifying critical information out of a sea of unstructured data, or customizing real-time human interaction are a couple of examples of how clients utilize our technology at Idibon—a San Francisco startup focusing on Natural Language Processing (NLP). The machine learning libraries in Spark ML and MLlib have enabled us to create an adaptive machine intelligence environment that analyzes text in any language, at a scale far surpassing the number of words per second in the Twitter firehose.

Our engineering team has built a platform that trains and serves thousands of NLP models, which function in a distributed environment. This allows us to scale out quickly and provide thousands of predictions per second for many clients simultaneously. In this post, we’ll explore the types of problems we’re working to resolve, the processes we follow, and the technology stack we use. This should be helpful for anyone looking to build out or improve their own NLP pipelines.

Our clients are companies that need to automatically classify documents or extract information from them. This can take many diverse forms, including social media analytics, message categorization and routing of customer communications, newswire monitoring, risk scoring, and automating inefficient data entry processes. All of these tasks share a commonality: the construction of predictive models, trained on features extracted from raw text. This process of creating NLP models represents a unique and challenging use case for the tools provided by Spark.

The process of building a machine learning product

A machine learning product can be broken down into three conceptual pieces: the prediction itself, the models that provide the prediction, and the data set used to train the models.

In our experience, it’s best to begin with business questions and use them to drive the selection of data sets, rather than having data sets themselves drive project goals. If you do begin with a data set, it’s important to connect data exploration with critical business needs as quickly as possible. With the right questions in place, it becomes straightforward to choose useful classifications, which is what a prediction ultimately provides.

Once the predictions are defined, it becomes fairly clear which data sets would be most useful. It is important to verify that the data you have access to can support the questions you are trying to answer.

Having established the task at hand and the data to be used, it’s time to worry about the models. In order to generate models that are accurate, we need training data, which is often generated by humans. These humans may be experts within a company or consulting firm, or in many cases, they may be part of a network of analysts.

Additionally, many tasks can be done efficiently and inexpensively by using a crowdsourcing platform like CrowdFlower. We like their platform because it categorizes workers based on specific areas of expertise, which is particularly useful for working with languages other than English.

All of these types of workers submit annotations for specific portions of the data set in order to generate training data. The training data is what you’ll use to make predictions on new or remaining parts of the data set. Based on these predictions, you can make decisions about the next set of data to send to annotators. The point here is to make the best models with the fewest human judgements. You continue iterating between model training, evaluation, and annotation—getting higher accuracy with each iteration. We refer to this process as adaptive learning, which is a quick and cost-effective means of producing highly accurate predictions.

To support the adaptive learning process, we built a platform that automates as much as possible. Having components that auto-scale without our intervention is key to supporting a real-time API with fluctuating client requests. A few of the tougher scalability challenges we’ve addressed include:

We do this by using a combination of components within the AWS stack, such as Elastic Load Balancing, Autoscaling Groups, RDS, and ElastiCache. There are also a number of metrics that we monitor within New Relic and Datadog, which alert us before things go terribly awry.

Below is a high-level diagram of the main tools in our infrastructure.

A core component of our machine learning capabilities is the optimization functionality within Spark ML and MLlib. Making use of these for NLP purposes involves the addition of a persistence layer that we refer to as IdiML. This allows us to utilize Spark for individual predictions, rather than its most common usage as a platform for processing large amounts of data all at once.

What are we using Spark for?

At a more detailed level, there are three main components of an NLP pipeline:

A simple example of each component is described below:

In the feature extraction phase, text-based data is transformed into numerical data in the form of a feature vector. This vector represents the unique characteristics of the text and can be generated by any sequence of mathematical transformations. Our system was built to easily accommodate additional feature types, such as features derived from deep learning, but for simplicity’s sake, we’ll consider a basic feature pipeline example:

During the training phase, a classification is appended to the feature vector. In Spark, this is represented by the LabeledPoint data type. In a binary classifier, the classification is either true or false (1.0 or 0.0).

At prediction time, the models generated during training are used to provide a classification for the new piece of text. A confidence interval of 0-1 indicates the strength of the model’s confidence in the prediction. The higher the confidence, the more certain the model is. The following components encompass the prediction process:

In typical Spark ML applications, predictions are mainly generated using RDDs and DataFrames: the application loads document data into one column and MLlib places the results of its prediction in another. Like all Spark applications, these prediction jobs may be distributed across a cluster of servers to efficiently process petabytes of data. However, our most demanding use case is exactly the opposite of big data: often, we must analyze a single, short piece of text and return results as quickly as possible, ideally within a millisecond.

Unsurprisingly, DataFrames are not optimized for this use case, and our initial DataFrame-based prototypes fell short of this requirement.

Fortunately for us, MLlib is implemented using an efficient linear algebra library, and all of the algorithms we planned to use included internal methods that generated predictions using single Vector objects without any added overhead. These methods looked perfect for our use case, so we designed IdiML to be extremely efficient at converting single documents to single Vectors so that we could use Spark MLlib’s internal Vector-based prediction methods.

For a single prediction, we observed speed improvements of up to two orders of magnitude by working with Spark MLlib’s Vector type as opposed to RDDs. The speed differences between the two data types are most pronounced among smaller batch sizes. This makes sense considering that RDDs were designed for processing large amounts of data. In a real-time Web server context such as ours, small batch sizes are by far the most common scenario. Since distributed processing is already built into our Web server and load-balancer, the distributed components of core Spark are unnecessary for the small-data context of individual predictions. As we learned during the development of IdiML and have shown in the chart above, Spark MLlib is an incredibly useful and performant machine learning library for low-latency and real-time applications. Even the worst-case IdiML performance is capable of performing sentiment analysis on every Tweet written, in real time, from a mid-range consumer laptop.

Fitting it into our existing platform with IdiML

In order to provide the most accurate models possible, we want to be able to support different types of machine learning libraries. Spark has a unique way of doing things, so we want to insulate our main code base from any idiosyncrasies. This is referred to as a persistence layer (IdiML), which allows us to combine Spark functionality with NLP-specific code that we’ve written ourselves. For example, during hyperparameter tuning we can train models by combining components from both Spark and our own libraries. This allows us to automatically choose the implementation that performs best for each model, rather than having to decide on just one for all models.

Why a persistence layer?

The use of a persistence layer allows us to operationalize the training and serving of many thousands of models. Here’s what IdiML provides us with:

NLP differs from other forms of machine learning because it operates directly on human-generated data. This is often messier than machine-generated data, since language is inherently ambiguous, which results in highly variable interpretability—even among humans. Our goal is to automate as much of the NLP pipeline as possible so that resources are used more efficiently: machines help humans, help machines, help humans. To accomplish this across language barriers, we’re using tools such as Spark to build performant systems that are faster and more flexible than ever before.