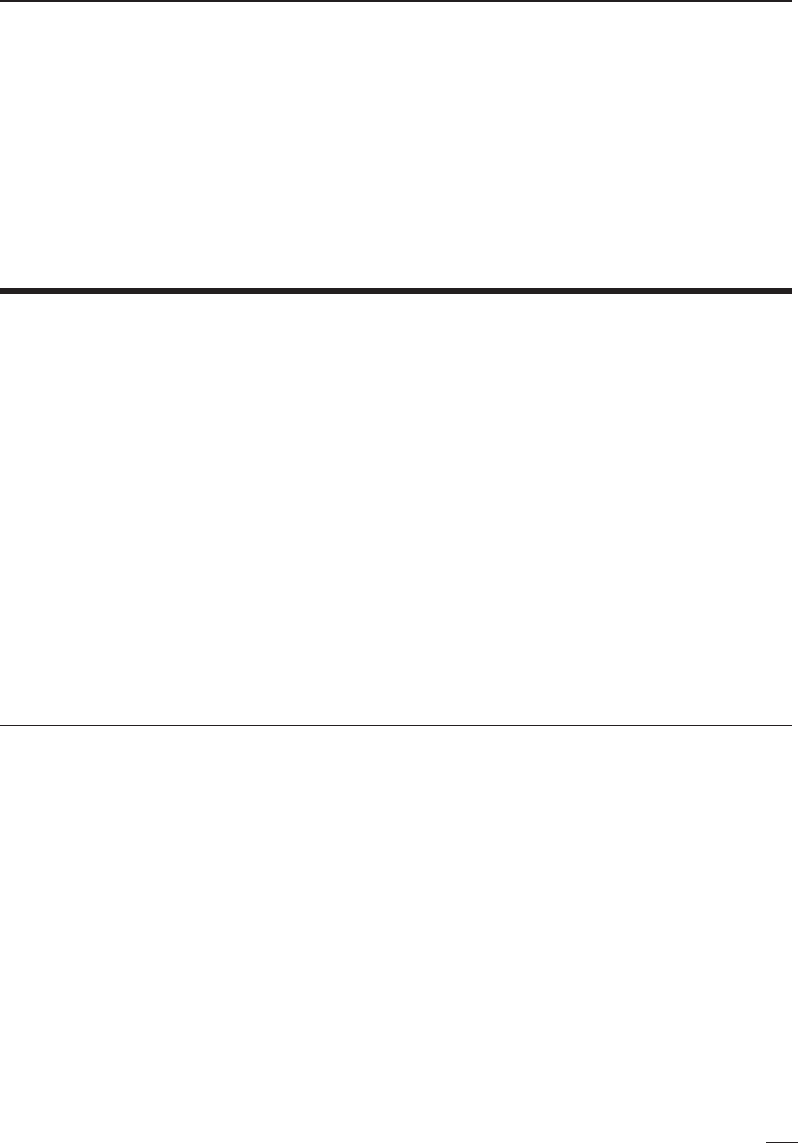 93
Chapter 4
Hierarchies of Objects, a Polygon
Example, Detailed Polygon
Modeling, and a NURBS Example
I
  , we will continue to look at modeling. We take the approach of incre-
mentally digging more deeply into both polygon and NURBS modeling. Our goal is to
become comfortable with both, with a bit of a bias toward polygon modeling, as it is a core
3D technique with which every 3D artist needs to be familiar.
We rst examine a few semiformal and conceptual issues in Maya, then we build a
polygon model, take a high-level look at the process of creating another polygon model,
and study some techniques for performing various detailed polygon modeling tasks. And
nally, we look at constructing a NURBS model.
BASIC CONCEPTS
Modeling Hierarchies
We have been informally using the word model to refer to the goal of the 3D modeling
process. Of course, one must have a specic end point in mind. Although any complex
model (and many simple ones) will evolve during the process of creating it, you don’t want
to be making incidental models by continuing to semirandomly massage an object until it
nally looks like something interesting.
Perhaps a more critical notion is what gives a model its identity in the eyes of the mod-
eler. e quick answer is that it is at the root of an object hierarchy.
Objects
First, remember that the word object has a specic meaning inside Maya, and it refers to an
item stored in the Maya database. Objects can be things that are directly rendered or they 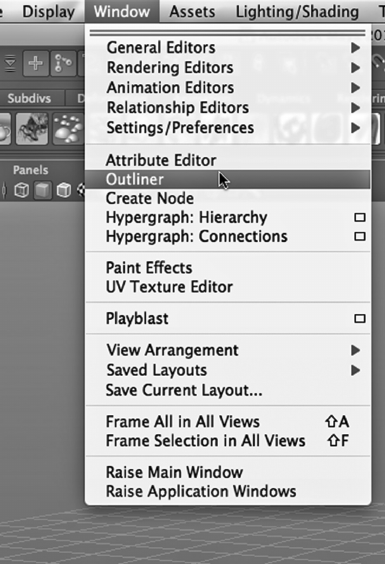 94 ◾ 3D Animation for the Raw Beginner Using Maya
can be abstract. In either case, they have attributes. Maya does, however, hide the specics
of its data management from us, and so it’s actually dicult to know precisely what is an
object and what is not.
We have also used the term object in a somewhat informal way to refer to pieces of a
model or early stages of a model.
Either way, models are made up of objects.
A model might be made of other models, as well. A model of a house might have smoke
coming out of the chimney, and that smoke eect might be a model that was made earlier
and then imported into the scene containing the house by going to File on the Main Menu
and selecting Import.
Formal Notions
e word model does not have a precise meaning in Maya, although we will continue to say
that a model is made of objects arranged in a hierarchy.
ere is a formal notion in Maya, though, of a project, as each project is a specic folder
in the Maya le directory. In this book, when we talk about scenes we will usually be refer-
ring to a specic .mb or .ma le within a Maya scenes folder, which is within the Projects
folder. So a scene is also a formal notion.
Maya binary les are encoded as bit les. Maya ASCII les consist of code. As an experi-
ment, you might try storing a scene as an ASCII le, and then look at the vast amount of
code that must be generated to create even
a simple model. is will give you a sense
of the astonishing amount of computational
power hidden inside Maya.
A .ma or a .mb le can be imported into
an open scene, and so our smoke eect
might be stored as its own .ma or .mb le.
We might reasonably conclude that a
scene is a precise thing that contains one or
more models, and that a model is made up
of objects.
Hierarchies
Remember the cactus we made from
NURBS curves. In Figure4.1, we choose:
any Main Menu → Window → Outliner
is window allows us to take various
objects in a scene, give them names, and
put them in a hierarchy. You can also give
objects names by using the Attribute Editor.
And of course, it is always a good idea to give
the objects in your scene meaningful names.
FIGURE 4.1 e Outliner.