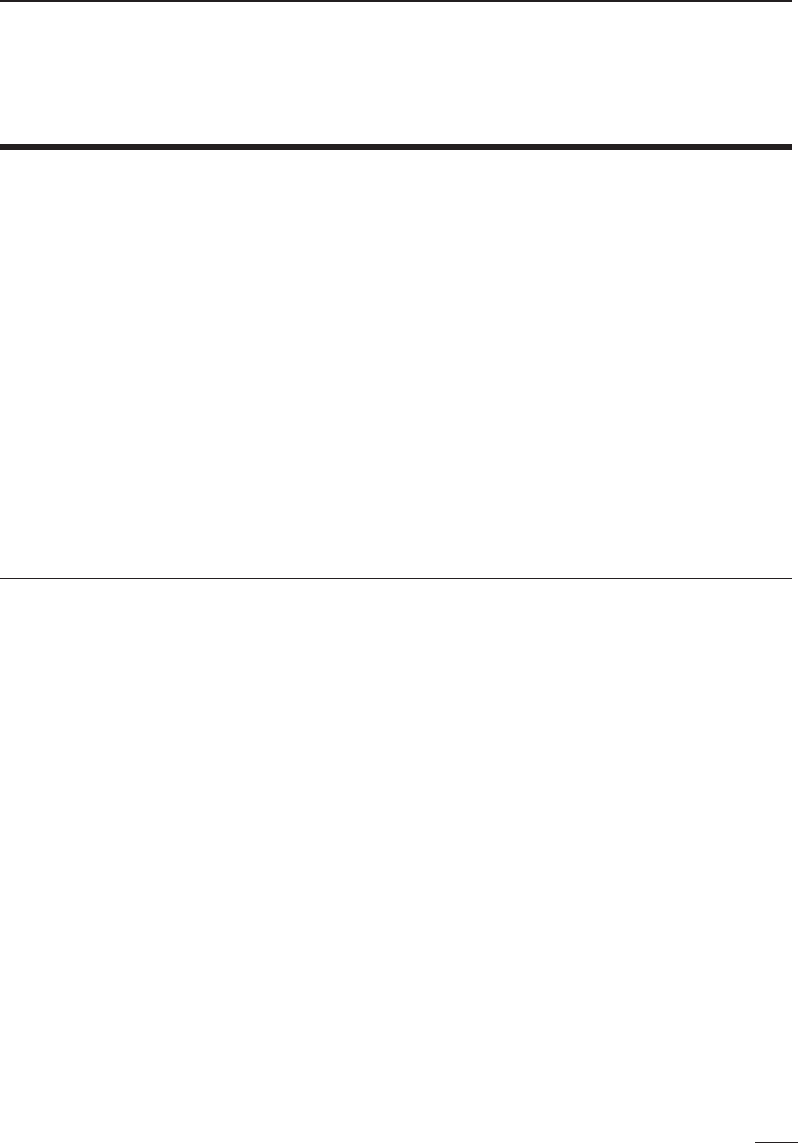 299
Chapter 11
Specialized Animation Techniques
W
    a number of objects and tools that can be used to animate a
scene, including motion paths, nonlinear deformers, skeletons, and blend shape.
We have also looked at the process of keyframing within the Timeline and within the
Blend Shape Window. We have used the Graph Editor to rene and to reuse motion.
In this chapter, we are going to look at creating an entire skeleton and using it to animate
a model. We will also look at active bodies and their collisions, natural elds, animating
the transparency of an object, and using scripts to animate a model with an expression.
SKELETONS, INVERSE KINEMATICS HANDLES, RIGGING,
AND SKINNING A SIMPLE HUMANOID
Models of humans are typically animated by using a skeleton. But because people’s
movements are so complex, and because we instantly recognize unnatural movements,
building and animating a human skeleton is a daunting task. Luckily, Maya has some-
thing powerful to help us: a skeleton generator.
HIK: The Skeleton Maker in Maya
In Chapter 7, we looked at a simple skeleton: a human leg. We noted the key dierence
between forward kinematics (FK) and inverse kinematics (IK). With FK, if a joint higher
in the hierarchy is moved, all joints below follow along, and if we move a lower joint, and
other joints need to move as well, we generally have to manually move those joints. With IK,
we can move a joint lower in the hierarchy, and the joints above it will move accordingly. If
a human wants to grab an object that is beyond his reach, the hips and the legs will move,
too. is lets us naturally model the coordinated, skeleton-wide movement that real-world
humans and creatures exhibit. Now we look at the tool within Maya that will generate IK
skeletons for us.
e skeleton generator lets us build a tailored skeleton for a biped. It creates a complete,
integrated set of IK controls. Autodesk calls this feature “HIK,” for human inverse kinematics.
In Figure11.1, we see one of the generic characters that can be purchased from the Daz
site. He is an anime guy named Hiro: we have seen him already, when we gave him a nice 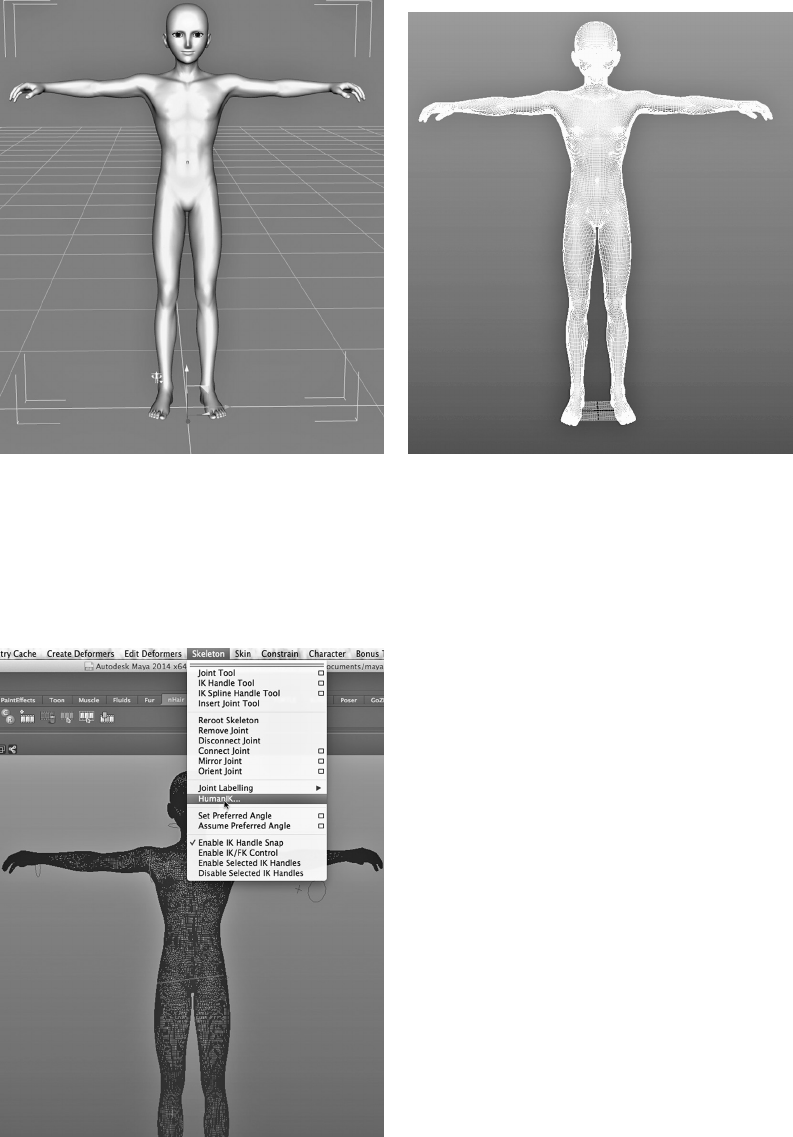 300 ◾ 3D Animation for the Raw Beginner Using Maya
hairstyle in Chapter 8. In Figure11.2, he has been exported out of Daz Studio as a wireframe
(.obj format) and then imported into Maya. (e Daz characters come with fully rigged
skeletons, but we want to build our own here.)
A skeleton consists of joints and bones.
But if we want to manipulate the skeleton
with inverse kinematics, we need to add a
system of controls. Previously, we created IK
handles to do this job. We were only animat-
ing a single leg, and rigging an entire skele-
ton is of course a lot more work. Luckily, the
HIK skeleton generator creates a skeleton,
as well as all the necessary IK handles, thus
giving us a fully rigged skeleton.
But there is still one more task to per-
form. We need to attach the skeleton to the
surface of our character. We call this pro-
cess “skinning” or “binding” the character’s
surface to the rigged skeleton.
Maya’s Skeleton Generator
In Figure11.3, we choose:
Animation Main Menu → Skeleton →
Human IK
FIGURE 11.3 e IK skeleton generator.
FIGURE 11.2 Daz3D anime object in Maya.FIGURE 11.1 Hiro—a Daz3D anime character.