3G, 4G and Beyond: Bringing Networks, Devices and the Web Together, 2nd Edition by

Get full access to 3G, 4G and Beyond: Bringing Networks, Devices and the Web Together, 2nd Edition and 60K+ other titles, with free 10-day trial of O'Reilly.

Mobile devices with wireless network interfaces have gone through a tremendous evolution in recent years. From around 1992–2002, the main development goal was to make these devices smaller. While during that time the form factor of phones shrank considerably, voice telephony and SMS texting remained the main applications and overall functionality changed very little. By around 2002, technology had developed to a point where it became impractical to shrink phones any further from a usability point of view. The Panasonic GD55 is one of the smallest mobile phones ever produced, with a weight of just 65 g, and is smaller than a credit card [1]. To demonstrate the evolution that had taken place in only 10 years, Figure 5.1 shows one of the first GSM phones, the Siemens P1 of 1992. 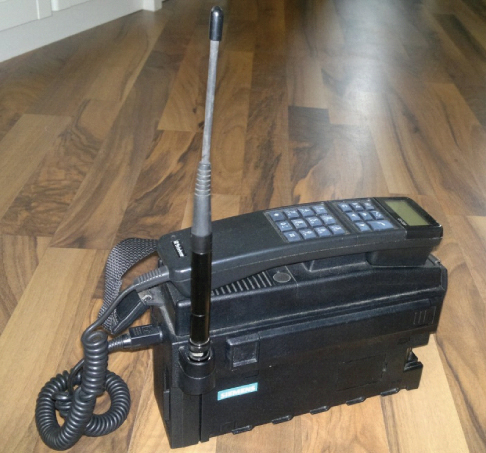 Once devices could not shrink, any further development has concentrated on adding additional multimedia functionality to mobile devices. At first, black and white displays were replaced by color displays, and display resolutions quickly rose from 100 × 64 pixels over 640 × 360 pixels to very high resolutions such as 960 × 640 pixels on 3.5–4 in. screens. Pixels thus have become so small that individual pixels cannot be seen anymore at a normal viewing distance. High-resolution ...

Get 3G, 4G and Beyond: Bringing Networks, Devices and the Web Together, 2nd Edition now with the O’Reilly learning platform.