A Beginner's Guide to 3D Modeling by Cameron Coward

Get full access to A Beginner's Guide to 3D Modeling and 60K+ other titles, with free 10-day trial of O'Reilly. 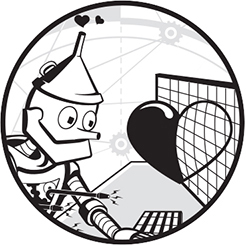 At some point, you’ll get bored of modeling designs that consist of a single part. In this chapter, you’ll learn how to use Fusion 360 to create more complex and multipart mechanisms, called assemblies, which can be made up of two or more components (parts) or even multiple subassemblies. A car’s engine is an example of an assembly.

Fusion 360 offers a few ways to create assemblies. You can make and assemble multiple solid bodies within a single Fusion 360 file. You can also combine separate files to form an assembly. In this chapter, you’ll learn both methods as well as how to combine them.

The method you use depends on what ...

Get A Beginner's Guide to 3D Modeling now with the O’Reilly learning platform.