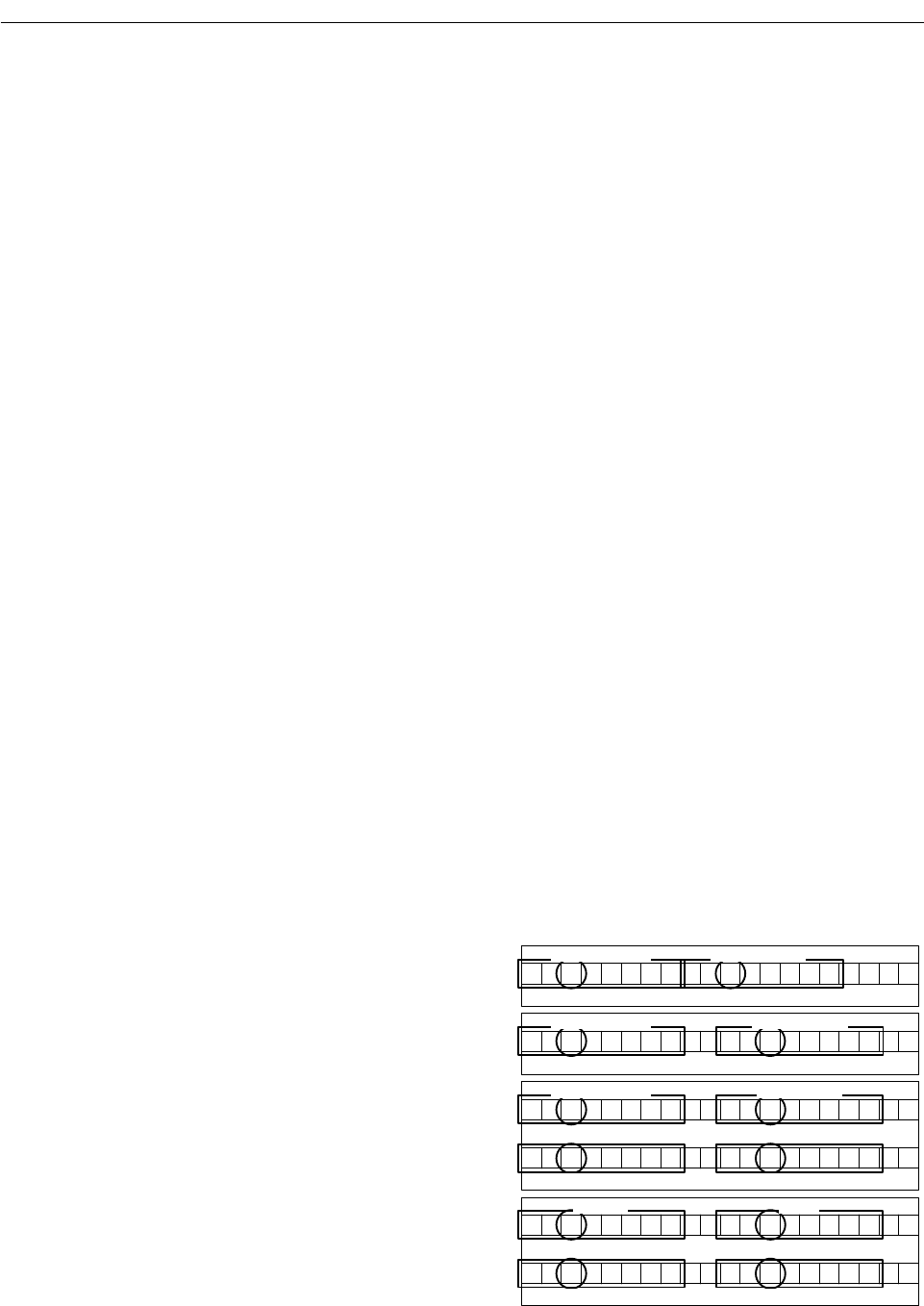 Create the Preliminaries and Send out the Shop Order
●
137
lighting designer wasn’t sitting next to the board
operator, the only way to compare intensity informa-
tion between two instruments in different dimmers
focused to the same area of the stage was to ask the
board operator, or look at the track sheet being filled
out at the production table by an assistant (this will be
discussed in Chapter 9). Once the remote CRT moni-
tor became an addition to the tech table, the light-
ing designer could then visually compare the intensity
of those same two instruments, or any instruments,
without asking the console operator for that infor-
mation or looking at another piece of paper. Being
able to view the channel content of any cue on the
monitor, live or in blind, was a welcome change for
all lighting designers. With the increased number of
channels in a typical light plot, though, the limitation
on most of today’s console monitors is now the num-
ber of channels shown on a single cue screen.
On many consoles, the cue screen is the label
given to a monitor display showing the intensity
and attribute levels for each channel in a single cue.
While a console may be able to control hundreds of
channels, it can typically only display one portion
(or “page”) of them at any time. The usual number
of channels seen on one page is typically somewhere
between100and125.Mostcurrentconsoledesignis
such that the only way to look at the next sequential
group of channels is to press the “next page” but-
ton. If a designer sees that the warm down center
frontlightinchannel3isat50%,forexample,and
wants to compare that with the intensity of the cool
down center frontlight focused in the same location,
he or she merely needs to look at the other channel.
If the channel is 13, it’s a simple visual comparison.
If the same instrument is assigned to channel 413, on
the other hand, the console operator has to press the
“next page” button some number of times to arrive
at the 400 cue screen, just to see that channel.
Once the initial lighting looks are recorded into
the individual memories, no small amount of the
lighting designer’s activities during the rehearsals is
spent comparing channel intensity information. If
multiple monitors aren’t available at the tech table,
so several cue screen pages can be simultaneously
viewed, then the channels for a single light cue can
only be seen one cue screen at a time. In that case,
most designers agree that instruments in the same
system, focused to the same area, or in the same
color, need to be grouped together in some kind of
numeric pattern, and ideally on the same page of
the hookup, so that faster comparisons can be made
during the techs. For that matter, the fewer the cue
screens, the less times the “next page” button will
have to be pressed over the course of the produc-
tion period.
Some console manufacturers have responded to
the “channel 413” scenario by introducing a display
software feature that hides any channels from the dis-
play screen that haven’t been recorded in any cues
or other software library packets. Skipping unused
channels can condense channel numbers from many
different hundreds of pages onto a single cue screen
page. The only problem with this solution concerns
folks who then memorize channel numbers by their
location on the display. If a new channel is activated
and recorded to any cue or library, that number then
appears on the condensed monitor display and all the
subsequent numbers are shifted from their old posi-
tions. Looking for channel numbers then often takes
some amount of visual searching until the new chan-
nel layout is memorized.
Hookups and Monitor Rows
Several hookup tactics have evolved over the years to
visually utilize the rows on the cue screen to expedite
channel comparison. In some cases, however, these
tactics are wholly dependent on the number of chan-
nels displayed on each row.
Figure5.16 shows several views of a cue screen
made up of twenty channels on each row. Figure5.16A
illustrates the numeric assignments of two match-
ing eight channel frontlight washes, soft patched so
that the two systems are numerically adjacent to one
another. The third channel in the warm frontlight
wash is focused down center (DC) and soft patched
to channel 3, while the third channel in the cool front-
light wash, also focused down center, is soft patched
to channel 11. Comparing the cue screen intensities
of these two instruments means visually comparing
two channel numbers that have no real relation.
40262524232221 333130292827 39383736353432
65
43
2113
11
109
87191817161514 2012
6543
2113
11
109
87191817161514 2012
DC
WARM FRONTS
DC
COOL FRONTS
654321131110987191817161514 2012
DC
WARM FRONTS
DC
COOL FRONTS
DC
WARM FRONTS
COOL FRONTS
DC
WARM SIDES
COOL SIDES
40262524232221 333130292827 39383736353432
654321131110987191817161514 2012
DC
FRONTS
FRONT SCROLL
DC
SIDES
SIDE SCROLL
A
B
C
D
Figure 5.16 Different Hookup Examples