Accounting Information Systems: The Processes and Controls, 2nd Edition by

Get full access to Accounting Information Systems: The Processes and Controls, 2nd Edition and 60K+ other titles, with free 10-day trial of O'Reilly.

During the early 2000s, a wave of information appeared in the news regarding company after company named in fraudulent financial reporting. Among the names were Enron Corp., Global Crossing USA, Inc., Adelphia Communications Corp., WorldCom Inc., and Xerox Corporation. In the case of Enron alone, fraudulent financial reporting led to the loss of billions of dollars for investors, job and retirement-fund losses for employees, the collapse of the Arthur Andersen LLP audit firm, and a further depressing of an already weak stock market. There are many other examples of such problems. An infamous example of fraud and bankruptcy is Phar-Mor, Inc. An examination of the Phar-Mor case illustrates the linkages among ethics, fraud, and internal control. 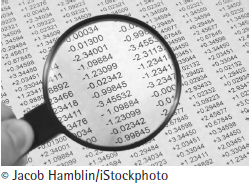 The drugstore chain Phar-Mor is a classic example of fraud leading to a bankruptcy and many other problems for investors and auditors. At the time Phar-Mor filed bankruptcy, it represented one of the largest cases of fraud in U.S. history. In that bankruptcy, investors lost nearly 1 billion dollars, and Phar-Mor closed many stores and dismissed thousands of workers. The fraud began when top management attempted to make its earnings match the budgeted amounts. Management, desperately trying to overstate revenues or understate expenses to meet ...

Get Accounting Information Systems: The Processes and Controls, 2nd Edition now with the O’Reilly learning platform.