Get full access to Android Programming: The Big Nerd Ranch Guide and 60K+ other titles, with free 10-day trial of O'Reilly.

Now back to your app’s problem. Expand the LogCat pane so that you can see what has happened. If you scroll up and down in LogCat, you should eventually find an expanse of red. This is a standard AndroidRuntime exception report. 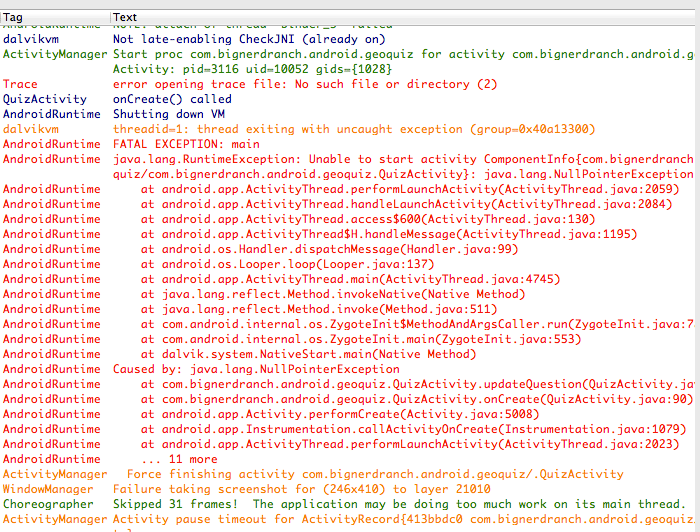 In most of the code you will write, that last exception with no cause is the interesting one. Here the exception without a cause is a java.lang.NullPointerException ...