Get full access to Beginning Objective-C and 60K+ other titles, with free 10-day trial of O'Reilly.

Getting Started with Objective-C

The Objective-C programming language has a long history, and while it has languished in the fringes as a niche language for much of that time, the introduction of the iPhone has catapulted it to fame (or infamy): in January 2012, Objective-C was announced as the winner of the TIOBE Programming Language Award for 2011. This award goes to the language that sees the greatest increase in usage over the previous twelve months; in the case of Objective-C, it leaped from eighth place to fifth on the index during 2011. You can see its sudden, sharp climb in Figure 1-1. 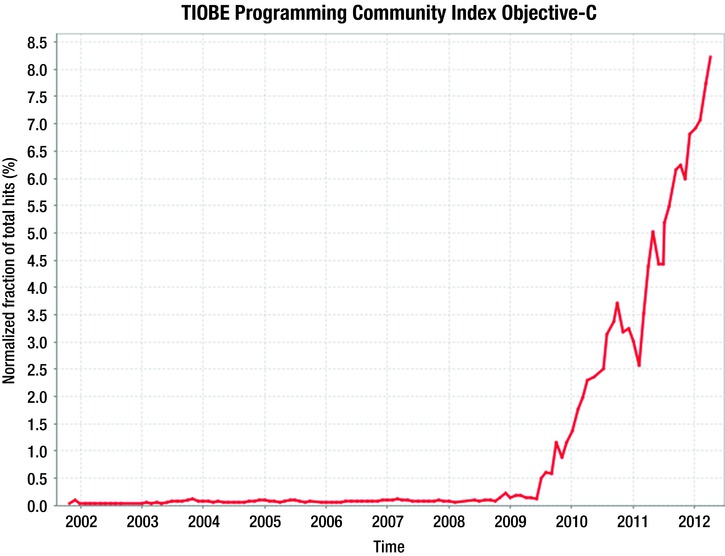 Get Beginning Objective-C now with the O’Reilly learning platform.