Get full access to BioCoder #2 and 60K+ other titles, with free 10-day trial of O'Reilly.

This year for Halloween, we decellularized a pig heart. We got a nice bleeding heart, hooked it up to some plumbing, stripped out all its cells with enzymes and detergents, and then bottled the thing in Everclear. Because every mad scientist’s den deserves to have some mad science on display. 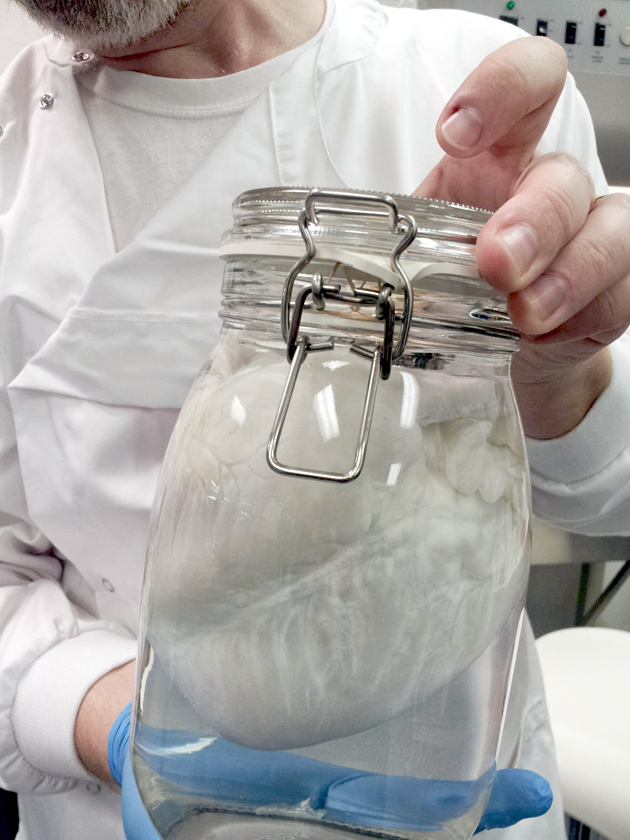 For those of you interested in trying this yourself, we’ve posted a detailed Instructable. Don’t be put off by the complexity of the procedure—when it comes down to it, the hardest part of this project is the plumbing. Actually, this would be a great project for a parent to do with a kid who’s really into bioscience and wants to go a little farther than the dissections in AP biology at school.

So why would you want to decellularize a heart? This is a technique being developed that may eventually produce organs for transplantation, composed of a patient’s own cells. The idea is to take a donor organ and strip it of all its cells, leaving nothing but the extracellular matrix that held the cells in place. This scaffold of connective tissue—called a “ghost organ” for its pale and almost translucent appearance—can then be reseeded with a patient’s own cells, with the goal of regenerating an organ that can be transplanted into the patient without fear of tissue rejection. ...

Get BioCoder #2 now with the O’Reilly learning platform.