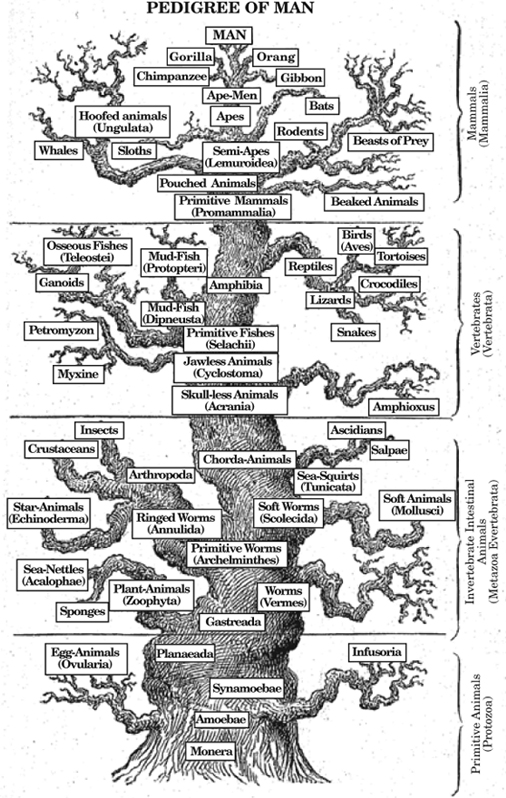 The tree of life from Ernst Haeckel (1879). The figure shows mammals (with humans at the top shown ascending from apes), vertebrates, invertebrates, and primitive animals at the bottom, including Monera (bacteria). (Reproduced with permission of the Institute of the History of Medicine, The Johns Hopkins University.)

The affinities of all the beings of the same class have sometimes been represented by a great tree. I believe this simile largely speaks the truth. The green and budding twigs may represent existing species; and those produced during each former year may represent the long succession of extinct species…. The limbs divided into great branches, and these into lesser and lesser branches, were themselves once, when the tree was small, budding twigs; and this connexion of the former and present buds by ramifying branches may well represent the classification of all extinct and living species in groups subordinate to groups…. From the first growth of the tree, many a limb and branch has decayed and dropped off, and these lost branches of various sizes may represent those whole orders, families, and genera which have now no living representatives, and which are known to us only from having been found in a fossil state…. As buds give rise by growth to fresh ...