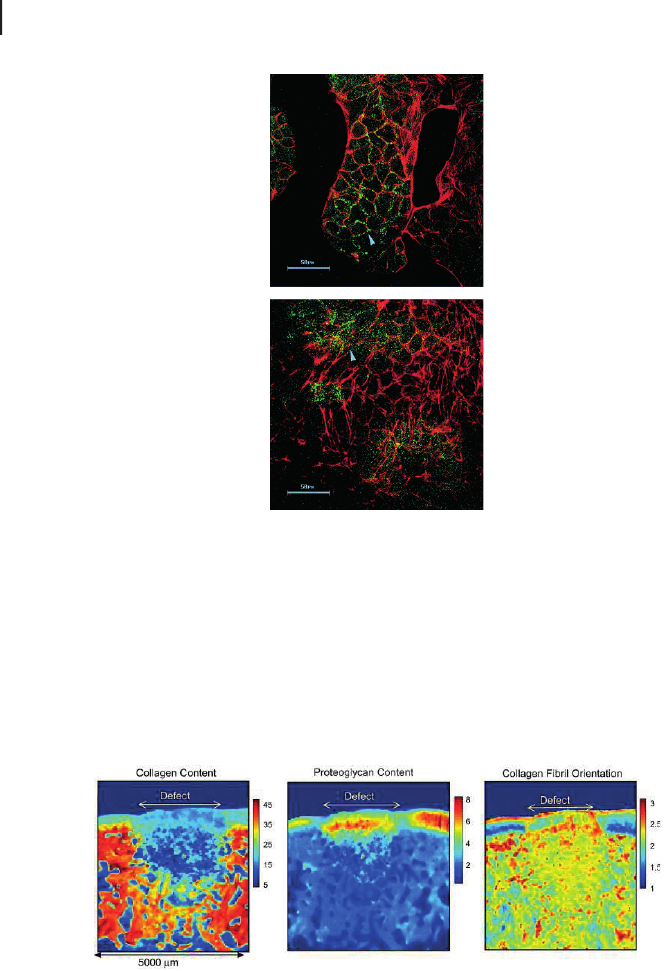 276 Color Inserts
Figure 10.5 Fibronectin formation (green) and actin ﬁlament formation (red) in epithelial
mHepR1 cells cultured on the biomaterial PHB (below) compared to control cultures
(above). Note that in control cultures the actin ﬁlaments are structured in ﬁbrils showing
colocalization with ﬁbronectin (arrow head) in contrast to PHB cultured cells, where the
organization of actin ﬁlaments is more irregular and the colocalization of ﬁbronectin with
actin is lost (arrow head) (CLSM images taken with LSM 410, Carl Zeiss Jena). With
permission from.
33
Figure 10.9 FT-IR images of rabbit osteochondral defect at 6 weeks post-repair with TP
508 protein. The defect repair cartilage has lower collagen content (amide I area) compared
to the adjacent articular cartilage, but also has regions with PG content (PG sugar ring C-O
absorbance (985–1140 cm
−1
) of a similar magnitude to that in the native cartilage. There is
some orientation present in the repair cartilage, as evidenced by the layer of ﬁbrils parallel
to the surface. For the orientation data, the boundaries on the color bar indicate the three
collagen ﬁbril orientation categories with respect to the articular surface, corresponding to
amide I/amide II peak area ratios>2.7 (parallel ﬁbrils), between 2.7 and 1.7 (random ﬁbrils),
and <1.7 (perpendicular ﬁbrils), respectively. With permission from.
53
SO13997_text.indd 284SO13997_text.indd 284 26/01/2011 3:51 PM26/01/2011 3:51 PM 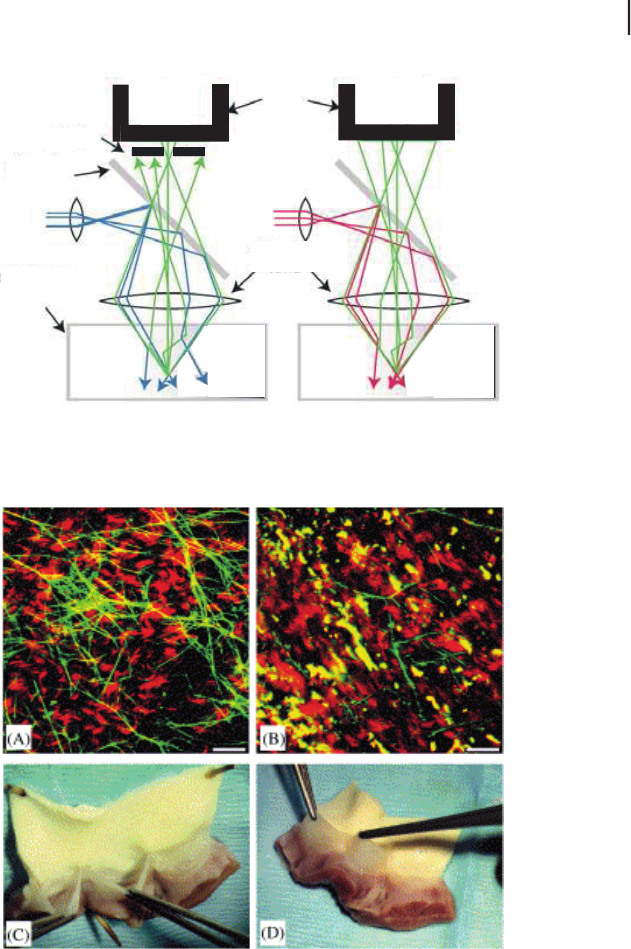