Get full access to Brilliant Psychology and 60K+ other titles, with free 10-day trial of O'Reilly. 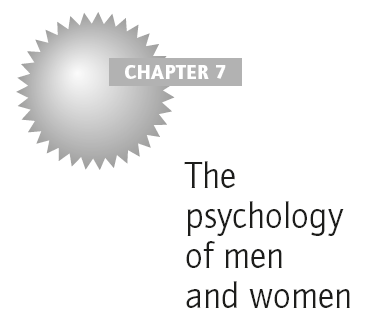 Nature has equipped men and women with different bodies, but do we have different minds? The idea that ‘Men are from Mars, Women are from Venus’ is a popular one and some psychologists believe there are innate differences between the sexes. But the topic is highly controversial.

What are women good at?

Psychologist Simon Baron-Cohen believes that, on average, women are better at empathising than men. So they have superior skills in both:

Baron-Cohen believes this ability to tune into other people’s ...

Get Brilliant Psychology now with the O’Reilly learning platform.