Business Data Communications and Networking by

Get full access to Business Data Communications and Networking and 60K+ other titles, with free 10-day trial of O'Reilly. 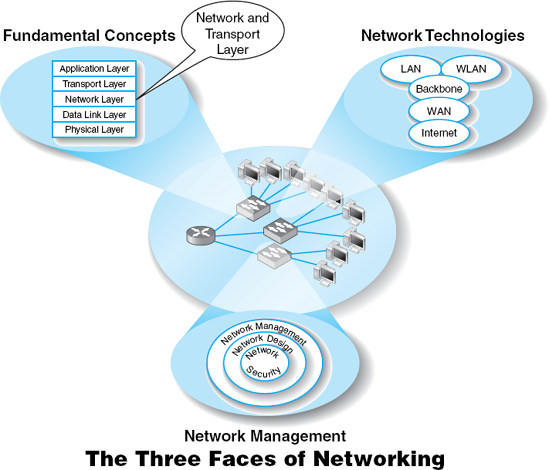 THE NETWORK layer and transport layer are responsible for moving messages from end to end in a network. They are so closely tied together that they are usually discussed together. The transport layer (layer 4) performs three functions: linking the application layer to the network, segmenting (breaking long messages into smaller packets for transmission), and session management (establishing an end-to-end connection between the sender and receiver). The network layer (layer 3) performs two functions: routing (determining the next computer to which the message should be sent to reach the final destination) and addressing (finding the address of that next computer). There are several standard transport and network layer protocols that specify how packets are to be organized, in the same way that there are standards for data link layer packets. However, only one protocol is in widespread use today: TCP/IP, the protocol used on the Internet. This chapter takes a detailed look at how TCP/IP works.

Get Business Data Communications and Networking now with the O’Reilly learning platform.