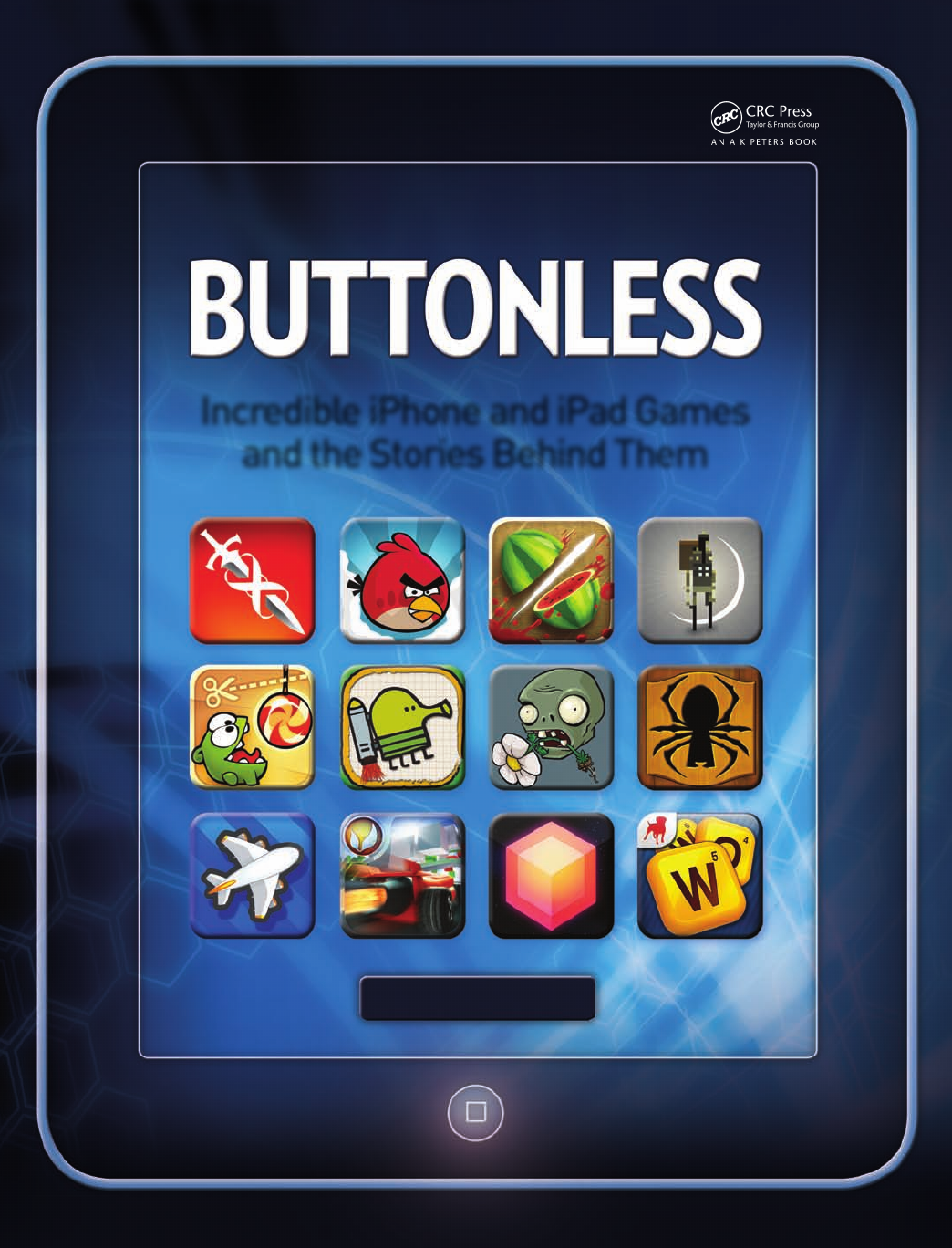 Incredible iPhone and iPad Games
and the Stories Behind Them
Ryan Rigney
Foreword by John Davison
Computer Games
K14255
Incredible iPhone and iPad Games and the Stories Behind Them
Ryan Rigney
On the forefront of the mobile gaming revolution are real people with stories that are crazy,
stressful, hilarious, and, in some cases, heart-wrenching. Written by respected video game
journalist Ryan Rigney, Buttonless tells the stories behind some of the most interesting, well-
designed, and notable games for the iPhone and iPad. The included games were chosen not
only for their popularity, but also based on their inventive mechanics or polished design. For
each, Rigney gives the reader a quick overview of the gameplay and the game’s distinguishing
features, including statistics on development time, budgets, and downloads, before turning to
the fascinating stories gathered from more than 100 interviews with those behind the scenes
of the iTunes App Store.
You’ll learn about:
• The real origins of Angry Birds
• How iOS critical darling Jet Car Stunts was born from one of the worst games
of 1999––Carmageddon 3
• Canabalt creator Adam Saltsman’s weird obsession with leaping out of windows
• How the ﬁrst-ever Iraqi video game went unpublished for 20 years before
becoming an iOS exclusive
• The tweet that saved Words With Friends
• The napkin drawing that became the biggest-selling comic book series on the App Store
“An in-depth exploration of gaming’s fastest growing space penned by one of its most avid and
enthusiastic advocates.”
–Will Herring, reviews editor at GamePro Magazine
“The App Store is so incredibly ﬂuid, the way Buttonless locks the wonderful little stories behind
them in typographical amber is nothing short of a public service.”
–Justin McElroy, managing editor at Joystiq.com
Ryan Rigney is a freelance journalist who has covered the video-game indus-
try from every angle for publications and sites including Gamasutra, PC Gamer,
and GamePro. He lives in Oxford, MS, where he is pursuing an education in
journalism at Ole Miss’ Meek School of Journalism and New Media.
Rigney
BUTTONLESS
Buttonless
This page intentionally left blankThis page intentionally left blank 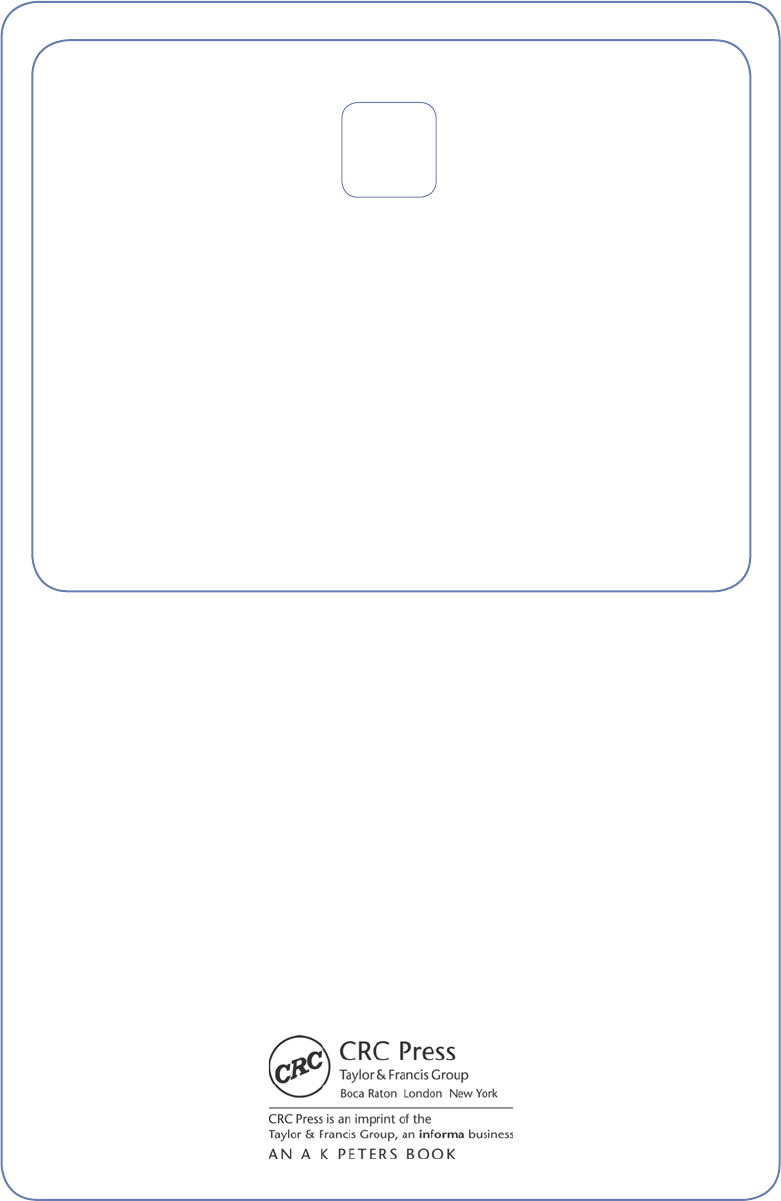 Buttonless
Incredible iPhone and iPad Games
and the Stories Behind Them
Ryan Rigney
CRC Press
Taylor & Francis Group
6000 Broken Sound Parkway NW, Suite 300
Boca Raton, FL 33487-2742
© 2011 by Taylor & Francis Group, LLC
CRC Press is an imprint of Taylor & Francis Group, an Informa business
No claim to original U.S. Government works
Version Date: 20111214
International Standard Book Number-13: 978-1-4665-1535-2 (eBook - PDF)
This book contains information obtained from authentic and highly regarded sources. Reasonable efforts have been made to publish reliable data and information, but
the author and publisher cannot assume responsibility for the validity of all materials or the consequences of their use. The authors and publishers have attempted to
trace the copyright holders of all material reproduced in this publication and apologize to copyright holders if permission to publish in this form has not been obtained.
If any copyright material has not been acknowledged please write and let us know so we may rectify in any future reprint.
Except as permitted under U.S. Copyright Law, no part of this book may be reprinted, reproduced, transmitted, or utilized in any form by any electronic, mechanical,
or other means, now known or hereafter invented, including photocopying, microfilming, and recording, or in any information storage or retrieval system, without
written permission from the publishers.
For permission to photocopy or use material electronically from this work, please access www.copyright.com (http://www.copyright.com/) or contact the Copyright
Clearance Center, Inc. (CCC), 222 Rosewood Drive, Danvers, MA 01923, 978-750-8400. CCC is a not-for-profit organization that provides licenses and registration for a
variety of users. For organizations that have been granted a photocopy license by the CCC, a separate system of payment has been arranged.
Trademark Notice: Product or corporate names may be trademarks or registered trademarks, and are used only for identification and explanation without intent to
infringe.
Visit the Taylor & Francis Web site at
http://www.taylorandfrancis.com
and the CRC Press Web site at
http://www.crcpress.com