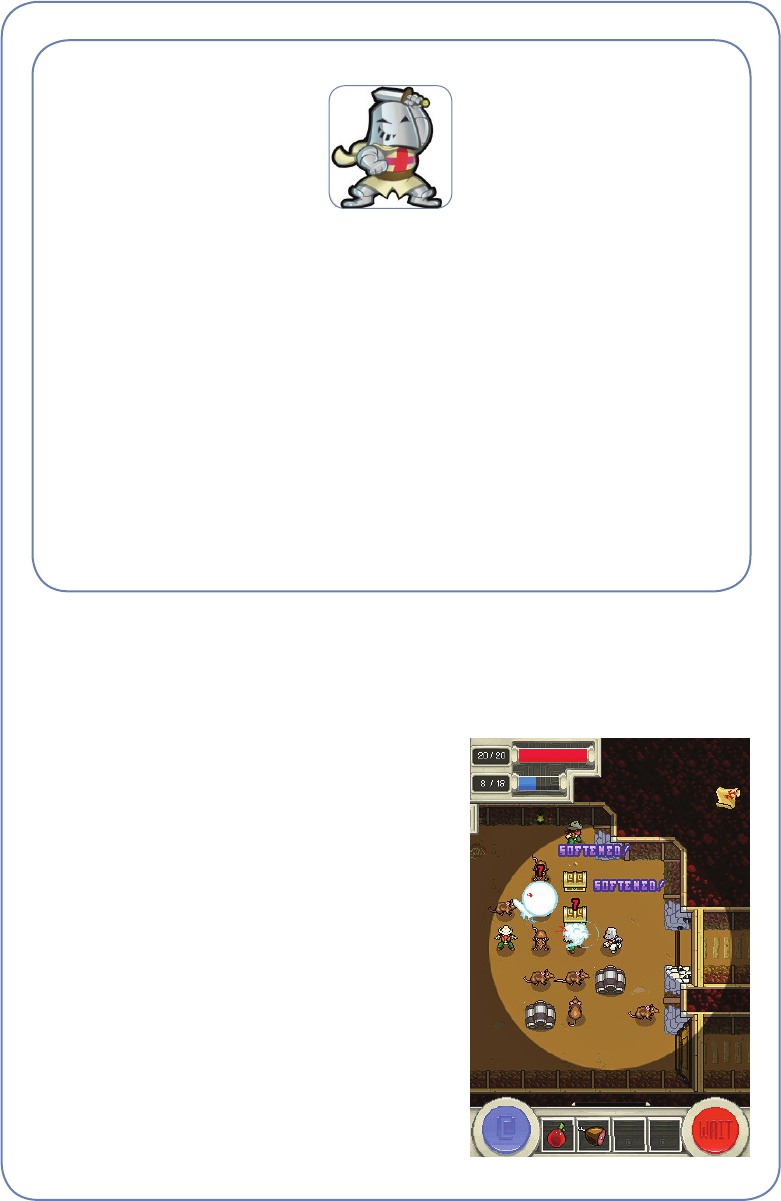 Plaorm: iPad/iPhone/iPod Touch (universal app)
Price: $1.99
Developer: Dinofarm Games
Publisher: Fusion Reacons
Released: May 4, 2010
100 Rogues
What Is It?
“Roguelikes” are games based on the 1986 PC game Rogue. Most roguelikes take place
in monster-lled dungeons, and the player’s goal
is to retrieve some object of great importance
from within the depths of the evil lair. One of the
most important characteristics of a roguelike is
that once the hero dies, he or she is gone forever.
Even if a player has poured hours into the devel-
opment of a character, geing surrounded by en-
emies and taking too much damage can result in
the permanent death of that hero. Every decision
players make becomes important when hours of
real-world time can be wasted through simple
mistakes.
100 Rogues takes all of the aforementioned
aributes and shrinks them into a tiny experi-
ence t for mobile devices. Instead of taking each
character you create on an epic journey that can 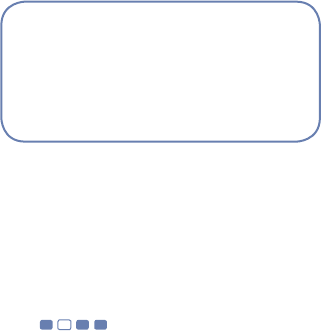 14  100 Rogues
potentially last for dozens of hours, each session of 100 Rogues lasts an average of ten
minutes. Your chosen characterwhether a spell-slinging mage or a sword-wielding cru-
saderlevels up and unlocks new abilities very quickly, and will likely live for only as
long as it takes to sit through a commercial break while watching television (yes, iPhone
games are the newest thing in mid-TV show entertainment). 100 Rogues is a new spin on
one of gaming’s most versatile genres, and it works beautifully on iOS.
Behind the Game
100 Rogues was not intended to be an ambitious game. e game began as a simple clone
of POWDER, a roguelike created by indie developer Je Lait (which happens to be avail-
able on the iPhone for free). Freshman developer Dinofarm Games had been commis-
sioned by Fusion Reactions to make an iOS game, and it felt that it was up to the task.
e game was scheduled to be completed in a lile over three months. Seventeen months
later, the game still wasn’t complete.
But let’s not get too far ahead of ourselves. To understand the troubled development
of 100 Rogues, you’ll need the perspective of Wes Paugh, a programmer for Fusion Re-
actions who worked on the game. “When I was hired to work on 100 Rogues, the game
had been in development for three months, which was about 85% of the way through
the initially estimated schedule,” says Paugh. “e indication was that I was brought on
to lend a quick hand with the last few stages of 100 Rogues and to start a new project
aer that.”
It soon became apparent that the “initially estimated schedule” wasn’t going to be fol-
lowed very closely, due largely to the fact that the scale of the game grew continuallyno
one working on the game had a clear idea of when features should stop being added.
According to Paugh, the original designs for the game had essentially been forgoen and
replaced with a feature list that required at least eight additional months of development.
“It was like designing and building a spaghei western lm set and, when nearly done,
deciding to build a functional town instead,” says Paugh.
Both Paugh and Keith Burgun, the game’s design lead, re-
member the moment that the vision for the game became clear.
Burgun had wanted to include a teleport ability in the game for
certain enemy types, and Paugh was able to code it surprisingly
easily. Paugh describes this as a watershed moment, in which
100 Rogues’ potential as a strategically rich game became clear.
“Just like that, the player had a new, uniquely strategic enemy to
face, and the game grew from an RPG in which you fought monsters with a bit higher stats
each level into a game that required skill and strategy,” he says.
Burgun agrees that it wasn’t until 100 Rogues had goen relatively far into develop-
ment that its nal form began to take shape. “As the game’s development went on, its
Stascs
• Development me: 18 months
• Total budget: $40,000
• Times downloaded: 100,000