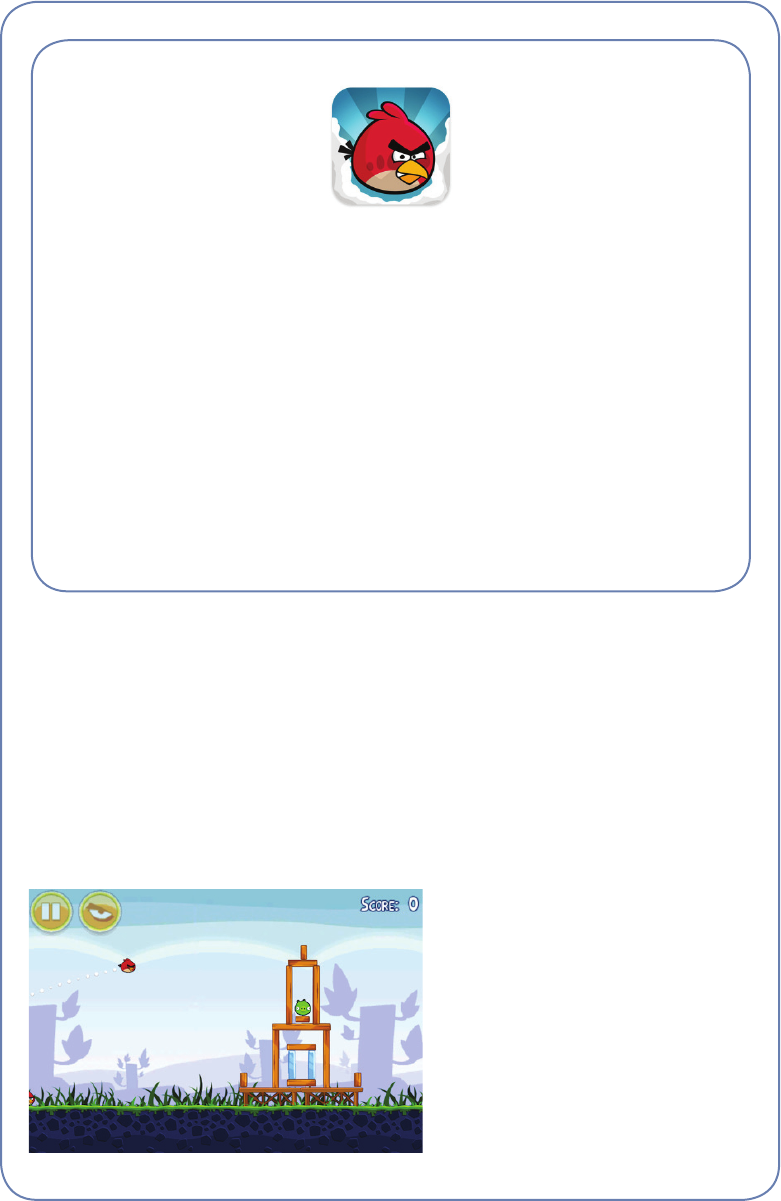 Pla orm: iPhone/iPod Touch (iPad version available separately)
Price: $.99
Developer: Rovio Entertainment
Publisher: Chillingo
Released: December 10, 2009
Angry Birds
What Is It?
500,000,000. Wait, no. Let me spell that out for you:  ve hundred million.  at’s how
many times Angry Birds has been downloaded across all of the platforms on which it
has been released (that’s iPhone, iPad, Android, PC, Mac, PlayStation 3, and PSP, for
those counting). It’s not a “phenomenon” or a “runaway success” or any of those other
descriptive buzzwords that people love to use. Angry Birds is the most ubiquitous game
ever created.
For most of 2010 and 2011,
the world was obsessed with
Rovio’s adorable but vicious avian
mascots. You could go to a pub-
lic place, look around at every-
one poking at a smartphone, and
(whether child or adult) there
was a signi cant chance that the
screen would be populated by
those rascally green pigs and a va-
riety of furious birds. 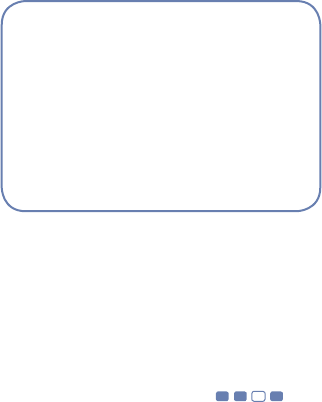 21Angry Birds
It wasn’t always like that, though. I reviewed Angry Birds for TouchArcade.com on
December 11, 2009the day aer the game’s release. No other gaming site had yet
noticed the game (no major gaming media paid aention to iOS gaming in those days),
so I wanted to spread the word about what I saw as a hidden gem. In my review, I com-
pared Angry Birds to Boom Blox, an overlooked Wii game created under the direction
of Steven Spielberg. Like in Boom Blox, players of Angry Birds ing objects (in this case,
bloodthirsty birds) at structures made of blocks in order to set o a physics-powered
chain reaction that results in the destruction of a target hidden within the blocks.
As I later learned, Angry Birds actually draws much more heavily from Crush the Castle,
a free-to-play browser game with noticeably less personality than Rovio’s famous title.
Regardless of its origins, Angry Birds has ung itself into pop culture. Its longevity has yet
to be determined, but it sure has arrived with a bang.
Behind the Game
Way back in 2003, a trio of Finnish university students from Helsinki (Niklas Hed, Jar-
no Väkeväinen, and Kim Dikert) got together and decided to participate in a competi-
tion sponsored by HP and Nokia. e competition challenged participants to create a
real-time multiplayer game (that is, not turn-based like Words With Friends) for mobile
phones. e three men won the competition and joined together ocially to form Re-
lude (which they later renamed Rovio Mobile).
Mikael Hed is the cousin of Rovio cofounder Niklas Hed, and the current CEO of
Rovio. He was there in March of 2009, whenever the rst ideas for the game that became
Angry Birds began oating around the Rovio oces. “We were doing work for hire, so our
strategy was that it would take a number of titles before we could realistically make one
hit,” Hed says.
In order to facilitate the creation of some original games,
Rovio began accepting fewer contracts in order to free up some
of its own employees. It began holding meetings in which mem-
bers of the team could propose game ideas. “Many of the pro-
posals that we got were really well thought out,” says Hed. “And
then we had this one screenshot of this angry bird character just
trudging around on the ground.” According to Hed, everyone
in the room loved the bird character, and the meeting devolved
into a discussion about how to create a game around the charac-
ter. “Prior to this meeting we had set up strict criteria to deter-
mine which game we would go with, but we threw that out for the angry bird character,”
says Hed.
e creator of the angry bird character was Rovio senior game designer Jaakko Iisa-
lo. He had been drawing birds for another Rovio game, but aer the positive reaction
Stascs
• Number of games Rovio created be-
fore Angry Birds: Over 30
• Number of those games you’ve ever
heard of: 0
• Times downloaded (across all plat-
forms): 350,000,000