Plaorm: iPhone/iPod Touch
Price: $3.99
Developer: iD Soware
Released: February 8, 2010
Doom II RPG
What Is It?
Doom II RPG looks like a cleaned up version of Doom II, but it’s no rst-person shooter
it is entirely turn-based. When you’re not moving, nothing else in the world moves either.
When you take a step it counts as a turn, and everyone else (namely enemies) gets a turn
to move too. As you might expect, many of the weapons and enemies will be familiar to
fans of the old Doom games.
When you’re taking turns baering a monster you’ll see its HP bar going down; you’ll
gain XP, level up, and nd items and
equipment hidden in the environ-
ment.
Doom II RPG’s combat system
allows it to be a strategically rich
game. You have a chainsaw for
whenever you’re right up next to an
enemy, and you also get guns that
allow you to hit enemies several
tiles awayso you’ll have strategic
options for positioning yourself and 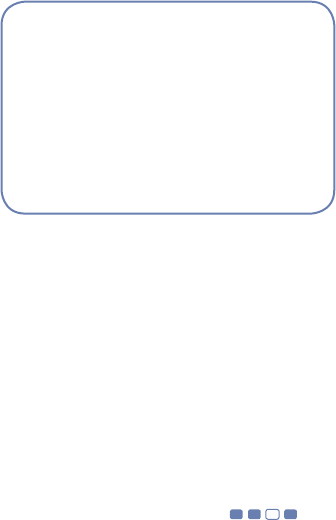 71Doom II RPG
switching weapons to take out as many enemies as possible, while limiting the hits you
take.
ere are fully functional, traditionally-styled Doom games in the App Store, but the
fact that this one is turn-based suits the iPhone incredibly well. You’re using an on-screen
D-pad, but it’s not like you have to be quick and twitchy. I’m not even that big of a fan of
the Doom franchisebut Doom II RPG is awesome.
Behind the Game
Katherine Anna Kang is a lm producer, video-game designer, and entrepreneur. She
has been CEO and president of multiple companies, and she’s a cofounder of Armadillo
Aerospace, a company built to invest in space tourism. She’s also married to John Car-
mack, a video-game industry legend perhaps most widely known as the man responsible
for Doom.
e original Doom RPG, released in 2005, was a major hit. It won multiple “game of
the year” awards for its category and sold fairly well. Kang, who was a producer on the
project, followed it up with both games in the Orcs & Elves series, which were also well re-
ceived. “We always knew that Doom II RPG was going to happen,” says Kang. “e origi-
nal was a hit with critics and fans alike, and it was our most protable mobile game yet.”
Several years had passed since the rst game had been created, but Kang’s team at
id Mobile still weren’t entirely sure that they wanted to revisit the Doom RPG universe.
Kang says that about half of the team wanted to continue working on the Orcs & Elves se-
ries, while the other half was ready to do Doom II RPG. At the
time, Kang worried that mobile technology couldn’t handle
the things the team wanted to do with a second game in the se-
ries. “We wanted to do something really spectacular,” she says.
“e Doom name has so much history and such a large fan base
that we didn’t want to do anything but a stellar job.”
Kang also admits that she enjoyed the freedom of working
within the Orcs & Elves universe, which was an original series.
Whereas the Doom universe already had the bulk of its story
set in stone, Orcs & Elves was a fresh world waiting to be popu-
lated by a writer like Kang. She had even created an interesting female protagonist to
build the game around. “In the end, the powers that be decided we were going to do
Doom II RPG,” Kang says. “When the decision was made, our wheels started turning.”
e team was able to create a story that didn’t conict with the recently released Doom IV,
and work on the game began in earnest.
As Kang wrote Doom II RPG’s story, she regreed being unable to use the female pro-
tagonist she had dreamed up for Orcs & Elves 3. “I had a talk with John [Carmack], and
aer a few ‘discussions’ he agreed that my idea could work,” Kang says. “I wasn’t condent
Fun Facts
• The earliest prototypes for Doom II RPG
were actually designed with more tradi-
onal handset devices in mind.
• Some enemies can be seen in the ocial
trailer for Doom II RPG that don’t show
up in the nal version of the game.