Regulatory environment
Within an OTC marketplace it is vital to provide formal supervision.
This is necessary as a foundation to investor conﬁdence and the basis
of liquidity. At the same time there must be a balance between any
undue taxation policies which will serve to dampen the investor base.
Get this delicate balance wrong and the business is forced elsewhere.
An example of this is the Eurodollar market which developed as a con-
sequence of tight capital controls within the US.
Types of bond
The main type of corporate bond is the so-called bullet structure which
comprises a ﬁxed maturity date and coupon. The coupon is paid
regularly over the lifetime of the bond which is typically issued and
redeemed at ‘par’. This is a phrase used quite liberally by practitioners,
and it took me several years in the marketplace before somebody gave
me a deﬁnition other than ‘par is par’. It simply means the trading
value of the issue is the same as the notional value. So for example if
€500 million notional was issued into the market and the value of the
issue was €500 million then the individual bond would be said to trade
at par. Even if the individual bonds were denominated in blocks of
€10 000 they will still be quoted in terms of price relative to 100.
There are various gradations of corporate bond based on the order-
ing of the queue for creditors. These become important in the advent
of a company default or insolvency. These grades can be described as
senior, subordinated and junior. Obviously the senior debt has the
highest priority. They rank above any other party who is owed money
by the company including business creditors, but not the tax man!
Subordinated debt ranks behind both senior and secured and conse-
quently carries a higher-credit risk. In some cases the subordinated
bonds may rank after trade creditors. To compensate the bonds usually
trade at the highest yields within the secondary market. Subordinates
12 Credit risk: from transaction to portfolio management
Pensions
Insurance
Mutual funds
Retail
Foreign
Other
Figure 1.9 Holders of US$ corporate debt (March 2003). Source: Fed. Reserve. 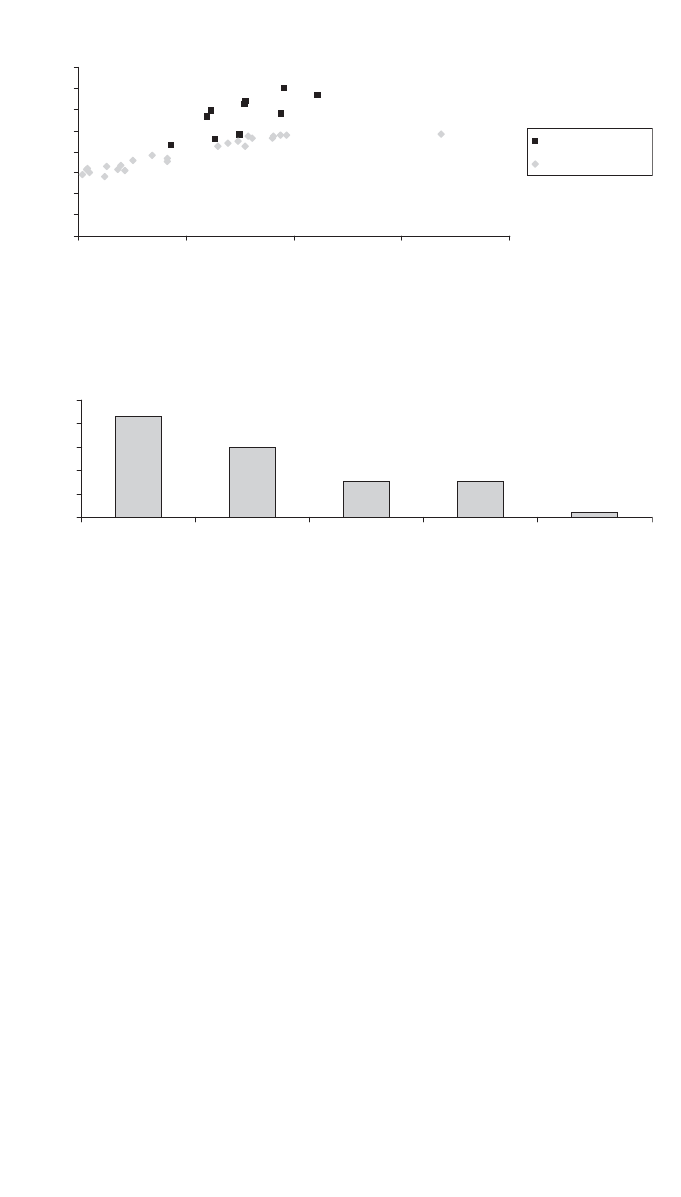 are usually issued by a company which is relatively new to the bond
market and further has less capital because of its youth. In order to
enhance the appeal of its debt it will often issue the bond with add-
itional features such as a step up coupon. Wherein the investor
receives a larger coupon for a period of time, if the issue is not
redeemed in the interim. Perhaps the most common subordinated
instrument is the convertible bond which we discuss on p. 23.
In Figure 1.10, we show the effect of the seniority on the price of the
bond.
Although it is ultimately the market that values the debt, Standard
and Poor have a methodology to determine the coverage assigned to a
bond in the event of default. This is known as the ‘debt cushion’ and it
represents the amount of debt on the balance sheet contractually infe-
rior to a given instrument. This is synonymous with the debt that will
absorb ﬁrst losses. We depict how this varies with instrument type in
Figure 1.11.
Bonds can also be collateralized which adds an extra element of
security to the holder. This collateral can either be in the form of ﬁxed
Fixed income credit 13
0
1
2
3
4
5
6
7
8
0 5 10 15 20
Yield (%)
Maturity (Years)
Subordinated
Senior
Figure 1.10 Ranking vs. yield (December 2002). Source: Bloomberg LP.
0
10
20
30
40
50
%
Bank debt Senior sec. Senior uns.
Seniority
Senior sub. Subordinated
bonds
Figure 1.11 Debt cushion by instrument. Source: Standard & Poors US Loss
Recovery Database.