Get full access to Data-Oriented Programming and 60K+ other titles, with free 10-day trial of O'Reilly.

Appendix C. Data-oriented programming: A link in the chain of programming paradigms

Data-oriented programming (DOP) has its origins in the 1950s with the invention of the programming language Lisp. DOP is based on a set of best practices that can be found in both functional programming (FP) and object-oriented programming (OOP). However, this paradigm has only been applicable in production systems at scale since the 2010s with the implementation of efficient persistent data structures. This appendix traces the major ideas and discoveries which, over the years, have led to the emergence of DOP (see figure C.1). 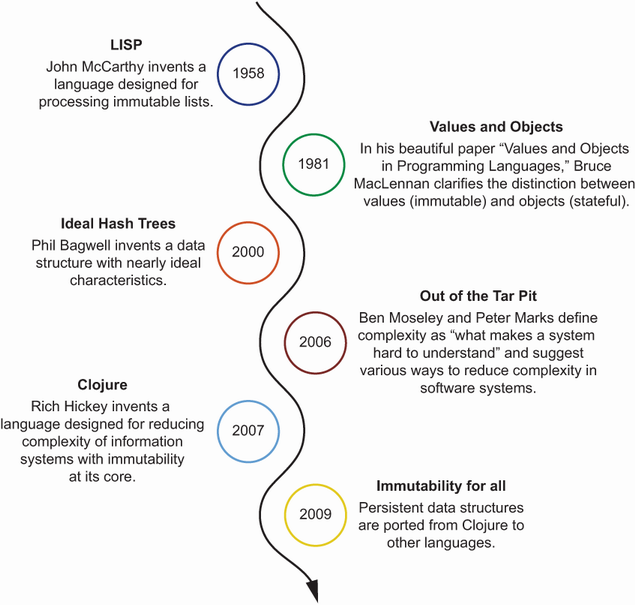 Get Data-Oriented Programming now with the O’Reilly learning platform.