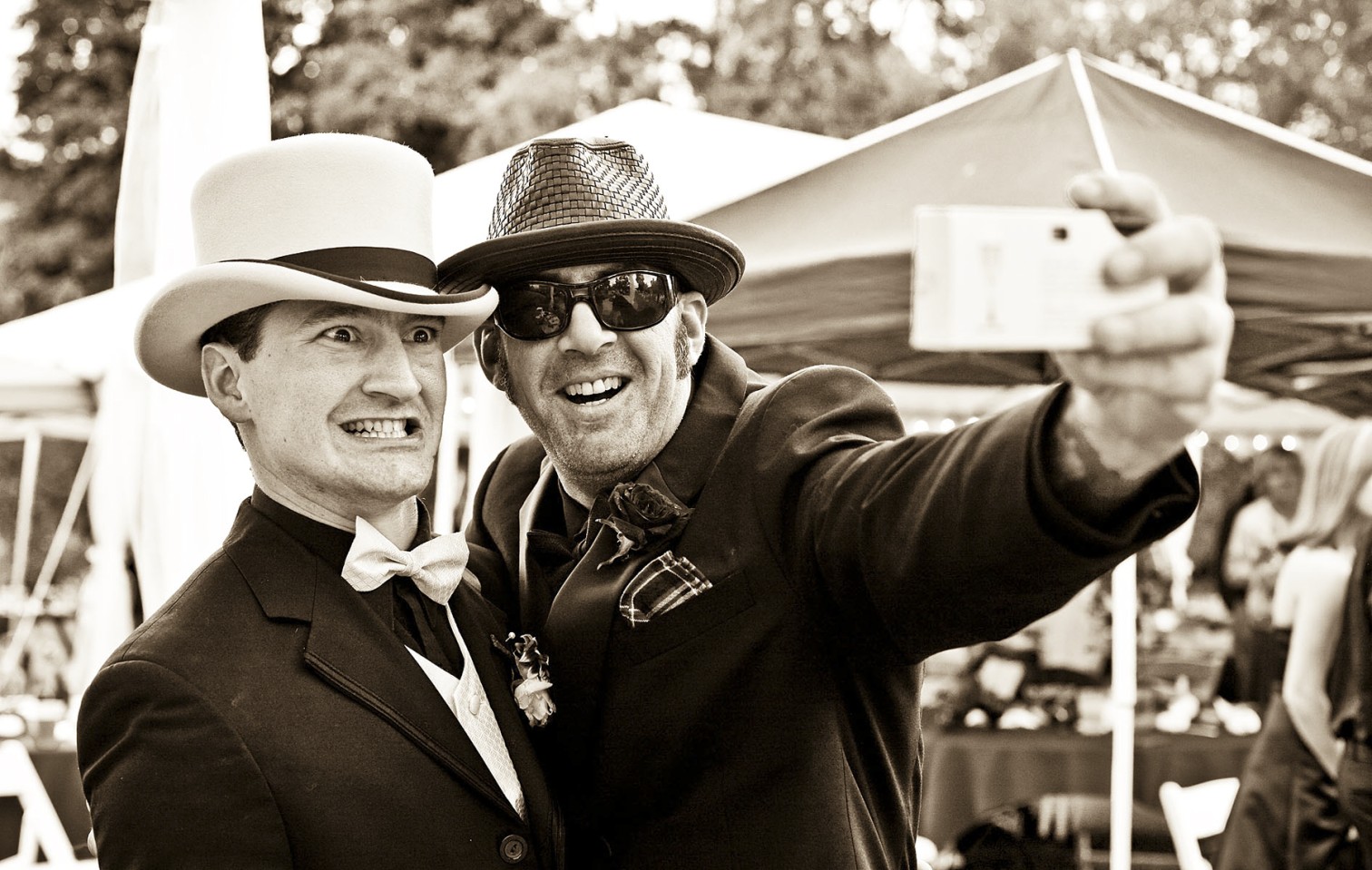 This image is one of my personal favorites. What I find most attractive about it is that it looks (to me) like a spontaneous natural moment, but I know that's not how it happened. It came about during the reception while I was standing in the food line. I was in the process of filling my plate when I noticed the groom and the best man laughing as they tried to take a photo of themselves with a little box camera. I put down my plate and walked over there, but of course they had already taken the photo before I arrived. I told them I was watching and that I thought it would make a cool picture to re-create what they were doing. They were game so I set up my camera to get a medium depth of field, which I hoped would blur out the background a bit. I tried to include a portion of the reception site in the background to give it some feeling of the location, but in hindsight, I think the background is too busy.

I shot perhaps ten images of this scene with slightly different angles, and in a few shots I placed the focus on the box camera instead of on the men's faces. I chose f/4 instead of using the wider apertures on this f1.4 lens because I know from past experience that it is almost impossible to get two faces in perfect alignment with your camera, so one of them ...