Get full access to Do Big Things and 60K+ other titles, with free 10-day trial of O'Reilly. 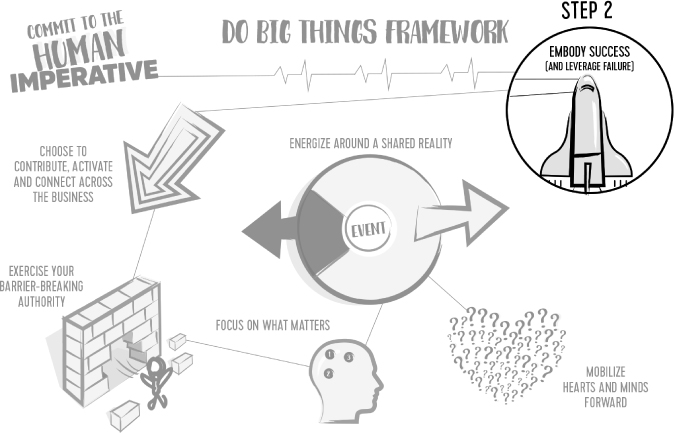 Not everyone gets to commute to work on a space shuttle. Astronaut Mike Bloomfield did, though. Imagine joining him for a ride: You take your seat in the cockpit of a craft that weighs 4.5 million pounds as it sits on the launch pad. As you put your head back and face the sky, you feel the engines roar.

Power—massive energy—begins to lift you off of Earth. And then you get to experience what few people ever have. For the next eight minutes, your craft burns a ton of fuel every second. (Think about that for a moment.) You go from zero miles per hour (mph) to 17,500 mph, which means you’re traveling five miles a second. (You laugh as you think of your business colleagues who are traveling from Los Angeles to New York; it will take them over five hours traveling in a plane going 500 mph. You’re traveling that same distance in 10 minutes.) Every 90 minutes, you make another trip around Earth.

There’s no being late for meetings now. The last two minutes of your ascent you’re increasing your speed by 1,000 mph every 15 seconds. Three Gs of acceleration has your back pinned squarely into your seat. Then, as you arrive at your destination, you float: Instead of weighing 4.5 million pounds, your craft now only weighs 220,000 pounds.

Just another day on the job.

“Space flight is really, really hard,” Mike told us. “The mechanics and physics of the ...

Get Do Big Things now with the O’Reilly learning platform.