Get full access to Do Big Things and 60K+ other titles, with free 10-day trial of O'Reilly.

5 Choose to Contribute, Activate, and Connect Across the Business 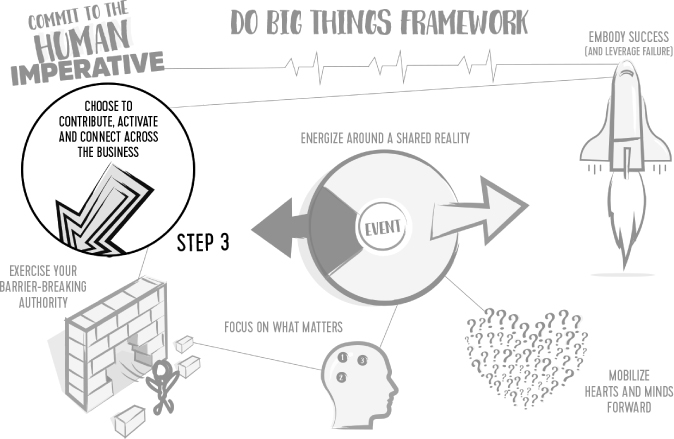 Can a team choose to be great? Yes: unequivocally. (If a teammate disagrees, be concerned.) The Chicago Cubs were a team that made that decision. On the night of November 2, 2016, they became bigger than baseball. They modeled for the rest of us that when we are deliberate and focused on making certain decisions, we can win. And win big. After 108 years of losing, the Chicago Cubs became the champions of baseball.

Game Seven will be remembered as one of the greatest games ever played in any sport. After seven months, 177 games, over 1,593 innings, and approximately 25,842 pitches, the Holy Grail of baseball—the World Series Championship—would be decided in extra innings of the last game.

The drama was thick. The Cubs had been down three games to one in the best of seven series, but had scrapped and clawed their way back to tie the series at three games apiece and force a deciding game seven. Then, in the winner-takes-all game, it appeared an entire city and the legion of fans around the world would be doomed again to their century-old heartache.

In that monumental game, the Cubs pulled ahead, 6–3, only to see their opponent, the Cleveland Indians, come back to tie the game in the eighth inning. The ninth inning went scoreless.

That’s when time stopped. Before the game could go into the tenth inning, it began to rain. ...

Get Do Big Things now with the O’Reilly learning platform.