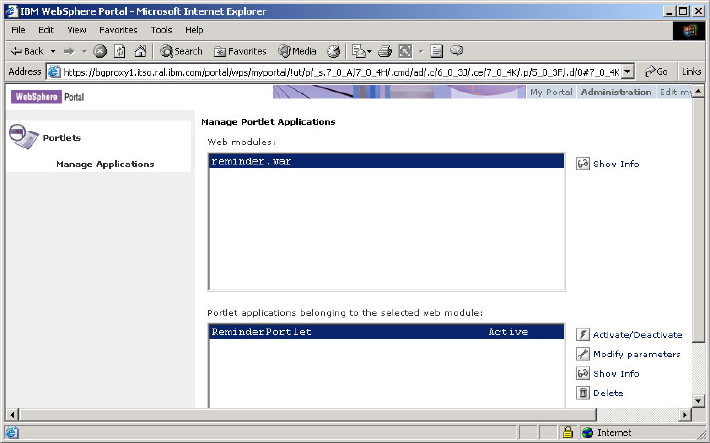 432 Document Management Using WebSphere Portal V5.0.2 and DB2 Content Manager V8.2
Figure C-1 Example of Manage Applications page as seen by test user
WebSphere Portal - XMLAccess
XMLAccess is a small command-line client that connects to the portal server via
an HTTP connection. Therefore, it allows an administrator to connect to the
WebSphere Portal server remotely.
XMLAccess can be used for the following purposes:
 Export an entire portal configuration or parts of the configuration to an xml file.
You can then import this file into another portal in order to recreate the desired
configuration.
 Install additional resources to the current portal.
 Perform common administrative tasks in a scripted manner. 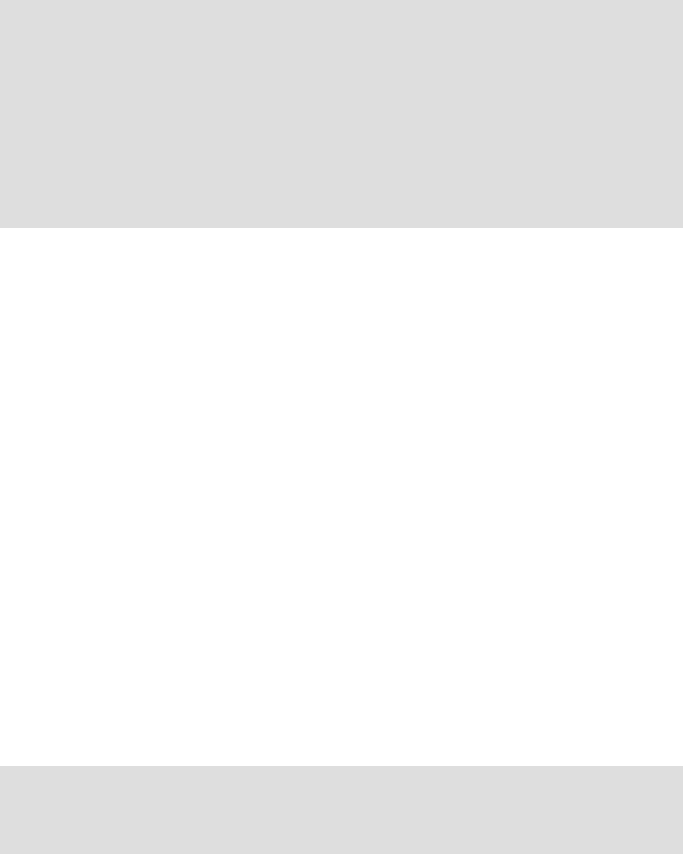 Appendix C. Administration tools and tasks 433
Using XMLAccess in a secure environment
XMLAccess does not currently support an HTTPS connection. Therefore, an
administrator must choose one of the following options to secure communication
with XMLAccess:
 Run XMLAccess from a secure location within your firewall where you can be
certain the transaction cannot be compromised. If port 80 cannot be enabled,
then port 9081 is another option (http transport for the application server).
 Set up an SSH connection to create an encrypted network tunnel for use with
XMLAccess.
In order to use the XMLAccess configuration interface, you must have the
manager role on the virtual resource XMLACCESS, as well as the administrator
role on the virtual resource PORTAL.
Running the XMLAccess client
The XMLAccess client can be run from any directory on local or remote
machines that meets the following requirements:
 Java runtime is installed.
 XMLAccess.bat and tools.jar reside in the working directory.
To run XMLAccess, do the following:
1. Ensure the WebSphere_Portal application server is running.
2. Open a command prompt and change to the directory containing
XMLAccess.bat.
3. Run the following command
Note: XMLAccess should not be used for backing up and restoring
production systems since XMLAccess is not designed to deal efficiently
with large volumes of data.
Also, it should be pointed out that a complete backup of the portal
configuration is not enough to recreate the portal on another machine. You
must also copy the WAR files for the portlets, and perhaps additional
resources such as themes that are not included as part of the standard
portal installation.
Note: You may have to adapt the PATH settings in the .bat file to point to
your Java runtime. The XMLAccess.bat and tools.jar are initially placed in
the <wp_home>\bin directory during the WebSphere Portal installation. 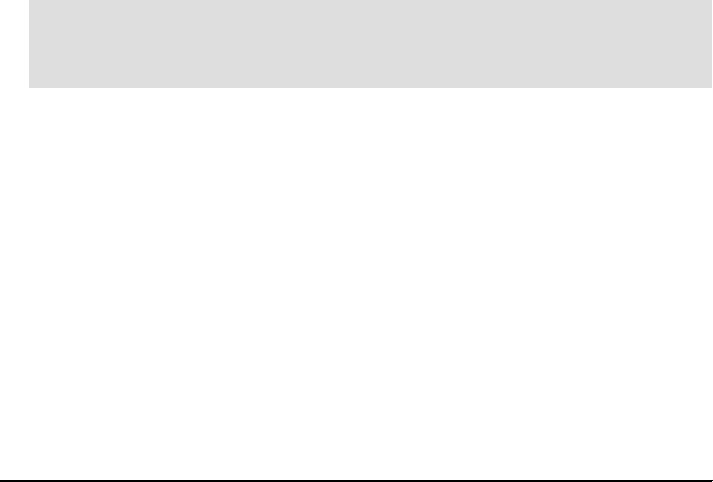 434 Document Management Using WebSphere Portal V5.0.2 and DB2 Content Manager V8.2
xmlaccess -in <xml_file> -user <username>-pwd <password> -url
<portal_config_url> -out <result_xml_file>
Explanation of command-line syntax:
– <xml_file>: The name of the input file containing the XML request
(configuration export or update) that should be processed.
– <username>: The short username describing the authority under which
the request should be processed. Full distinguished names (DN) are not
supported.
– <password>: Password for user.
– <portal_config_url>: The URL to access the portal configuration servlet
(for example, http://wpwin1.itso.ral.ibm.com/wps/config).
– <result_xml_file>: The name of the output file containing the resulting
XML.
Exporting the WebSphere Portal configuration
We will provide the standard example of exporting the entire WebSphere Portal
configuration (excluding users). To export the configuration do the following:
1. Copy the xmlaccess.bat and tools.jar (located in <wp_home>/bin) to a secure
workstation in your environment.
2. Edit the xmlaccess.bat to reflect the correct path for the java environment on
your workstation.
3. Create your input file. For example, we did the following:
a. Create a new file (with a text editor) called export.xml in the directory that
contains xmlaccess.bat on your workstation.
b. Populate export.xml with the xml shown in Example 12-1.
Example 12-1 Contents of sample export.xml
<?xml version="1.0" encoding="UTF-8"?>
<request
xmlns:xsi="http://www.w3.org/2001/XMLSchema-instance"
xsi:noNamespaceSchemaLocation="PortalConfig_1.2.xsd"
type="export"
export-users="false">
<!-- This exports the complete portal configuration (not including users).
Note: The <xml_file> must be created and reside in the working directory
(or you can specify a path to the file in your command line) prior to running
XMLAccess.